Saint Young Men sounds like the set-up for a George Carlin routine: Jesus and Buddha spend a “gap year” on Earth, sharing an apartment in present-day Tokyo while wrestling with the temptations and banalities of modern life. The manga’s prevailing tone, however, is more silly than satirical, focusing not on big theological or philosophical questions, but mundane ones: how to stretch a monthly budget, where to find the best souvenirs, how to fend off drunken commuters.

Most of the humor stems from Hikaru Nakamura’s portrayal of Jesus and Buddha as opposites, with Jesus as a cheerful spendthrift with a fondness for t-shirts and tschotkes, and Buddha as a frugal “big brother” who agonizes over every purchase. The two have a kind of Ernie-and-Bert dynamic in which Buddha frequently chastises Jesus for his impulsive behavior, whether Jesus has purchased a “shinsengumi set” or wants to wear a pair of Mickey Mouse ears in public. Though their bickering provides most of the series’ comic fodder, there are also jokes about walking on water and turning water into wine, as well as a few sly pokes at Osamu Tezuka’s Buddha.

Anyone hoping to be outraged by Saint Young Men will be sorely disappointed, since its most blasphemous idea is that even Jesus and Buddha can’t resist the temptations of social media and shopping for melon bread. Anyone hoping for more insight into the human condition will likewise be disappointed, as Nakamura settles for easy laughs in lieu of real insight or religious critique—a missed opportunity, I think, since her premise offers plenty of latitude to reflect on Buddhist and Christian teachings, or the perils of modern-day materialism. A few good sight gags land well, but the manga’s eagerness to please blunts the edge of its best ideas. Your mileage may vary.

The most recent manga giveaway at Experiments in Manga is currently underway! The winner will be announced on Wednesday, so there’s still a little time left to enter for a chance to win four of Kodansha Comics’ print debuts from 2017: Haruko Kumota’s Descending Stories: Showa Genroku Rakugo Shinju, Lily Hoshino’s Kigurumi Guardians, Haruko Ichikawa’s Land of the Lustrous, and Musawo’s Love & Lies. (Also, a couple other giveaways are going on right now that I would like to highlight: The Manga Test Drive’s annual holiday giveaway and Taneka Stott’s third annual queer comics giveaway.) Last week I finally managed to post the in-depth review that I’ve been working on for a while now, taking a closer look at Knights-Errant, Volume 1 by Jennifer Doyle. Knights-Errant is a fantastic comic, a queer-positive, dark historical fantasy with a compelling story and characters. I highly, highly recommend the series. (It can also be read online for free at Sparkler Monthly!) Initially I was intending to write one more in-depth review before the year was over (and before I retire Experiments in Manga), but after some thought I think that Knights-Errant will have the honor of receiving the last. However, I am still working on and will be posting my random musings on some of year’s notable releases, so there is that to look forward to.

A Polar Bear in Love, Volume 1 by Koromo. Stories about star-crossed lovers aren’t especially rare, but none in my experience are quite like A Polar Bear in Love. Granted, at this point only one of the pair is actually in love. As impossible as it seems, Mr. Polar Bear as fallen for Li’l Seal. Understandably, considering the normal order of the food chain, Li’l Seal is a bit concerned by this. They’re both males, too, but the real issue is that Li’l Seal expects to be eaten at any moment. The power dynamics are a little tricky, but over the course of the first volume, Mr. Polar Bear demonstrates the earnestness of his love and at least tries not to be too pushy about his feelings. Li’l Seal slowly realizes he might not actually be on the menu, but that’s not going to solve everything about their relationship, either. A Polar Bear in Love can be both incredibly adorable and surprisingly dark, occasionally even at the same time. Even while being anthropomorphized, Li’l Seal and and Mr. Polar Bear also have to face more realistic concerns of survival. On the surface A Polar Bear in Love is delightfully silly manga, but it also has a thing or two to say about love and relationships.

To Your Eternity, Volume 1 by Yoshitoki Oima. I have been following Oima’s progress as an artist and storyteller with great interest. Oima’s first major work was the manga adaptation of Tow Ubukata’s novel Mardock Scramble, parts of which I actually greatly preferred over its source material. However, what really impressed me was her powerful original series, A Silent Voice. When Kodansha Comics announced it would be releasing To Your Eternity, Oima’s current ongoing series, I immediately took note and looked forward to reading it with great anticipation. The first chapter of To Your Eternity is one of the most beautifully devastating narratives that I’ve read in a while and it seems as though it may only be a prelude for what is to come. (It also includes a fairly significant plot twist which makes the series a little difficult to discuss without giving away major spoilers.) Oima has created a complex fantasy world complete with it’s own legends and lore exploring the meaning of life and loyalty to family and community. To Your Eternity is absolutely heartbreaking, unsettling, and striking in both its story and artwork. I definitely plan on reading more. 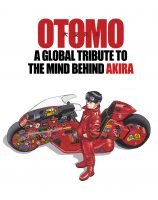