Kakegurui: Compulsive Gambler resists easy labels, combining elements of a tournament manga, high school drama, and instructional comic. The plot focuses on Yumeko Jabami, a wealthy girl who transfers to Hyakkaou Private Academy, one of those only-in-manga institutions where the curriculum emphasizes poker and roulette instead of reading and writing. Although Jabami seems demure, her pleasant demeanor turns to maniacal resolve at the first mention of gambling. Within hours of arriving at Hyakkaou, she’s engaged in a high-stakes game of rock, paper, scissors with another student, betting ¥10,000,000 on the outcome. (When in Rome, I guess?)

To make the contest more exciting, author Homura Kawamoto adds a few novel rules, transforming a simple set of challenges into a complex game of chance involving cards, ballot boxes, and voting. He also raises the dramatic stakes by initially portraying Jabami as impulsive — even foolish — in her decision to stake ¥500,000 on a single face-off. By the end of the game, however, we realize just how cunning and observant Jabami really is, as she not only triumphs over her snotty opponent Saotome, but does so by figuring out how Saotome was cheating and using that information against her.

What really puts this chapter over the top is the artwork. Toru Naomura stages the contest like an extreme sporting event, using her entire bag of tricks to convey the contestants’ intense effort — sweatdrops, speedlines, split screens, sound effects — and mimicking the kind of camera work that ESPN trots out for the X Games. The fluid, inventive layouts are also key to making these betting matches come to life, artfully illustrating the rules of play without too much speechifying; even the most inexperienced Go Fish player could follow the game and calculate Jabami’s odds of winning. Naomura’s most effective gambit, however, is the way she draws Jabami’s face. When Jabami is playing her cards close to the vest, her eyes resemble dark, placid pools, but when she’s trouncing the competition, her eyes go supernova, turning into a set of concentric, fiery rings that mimic the line work in Saul Bass’ iconic Vertigo poster: 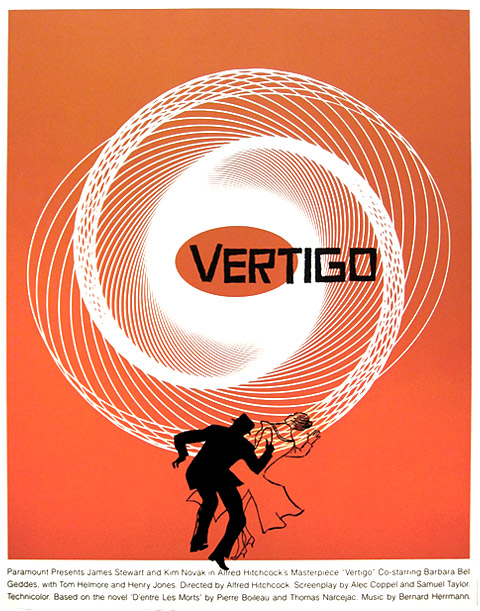 For all the swagger with which Jabami’s first match is staged, it’s clear that Kawamoto is more interested in the mechanics of gameplay than in the development of three-dimensional characters or the introduction of new plot twists. Each of the subsequent chapters follows the same basic pattern as the first, with Jabami besting her opponent after blowing the whistle on her for cheating. Then there’s the fanservice: Naomura never misses an opportunity to draw an extreme mammary close-up or a glimpse of underwear. And ugly underwear, I might add; Naomura’s artwork is solid, but her application of plaid screentone is so clumsy that it screams MacPaint.

Despite these shortcomings, volume one of Kakegurui is a fun, trashy read that has the good graces not to take itself too seriously. I’m not sure if the premise is strong enough to sustain my interest for more than a few volumes, as the series’ cast of schemers, cheaters, and sadists seem doomed to repeat the same patterns of behavior from chapter to chapter. I put my odds of continuing with Kakegurui at 3 to 1, but other readers may find the psychological combat between Jabami and her opponents enough to persevere through seven or ten installments.