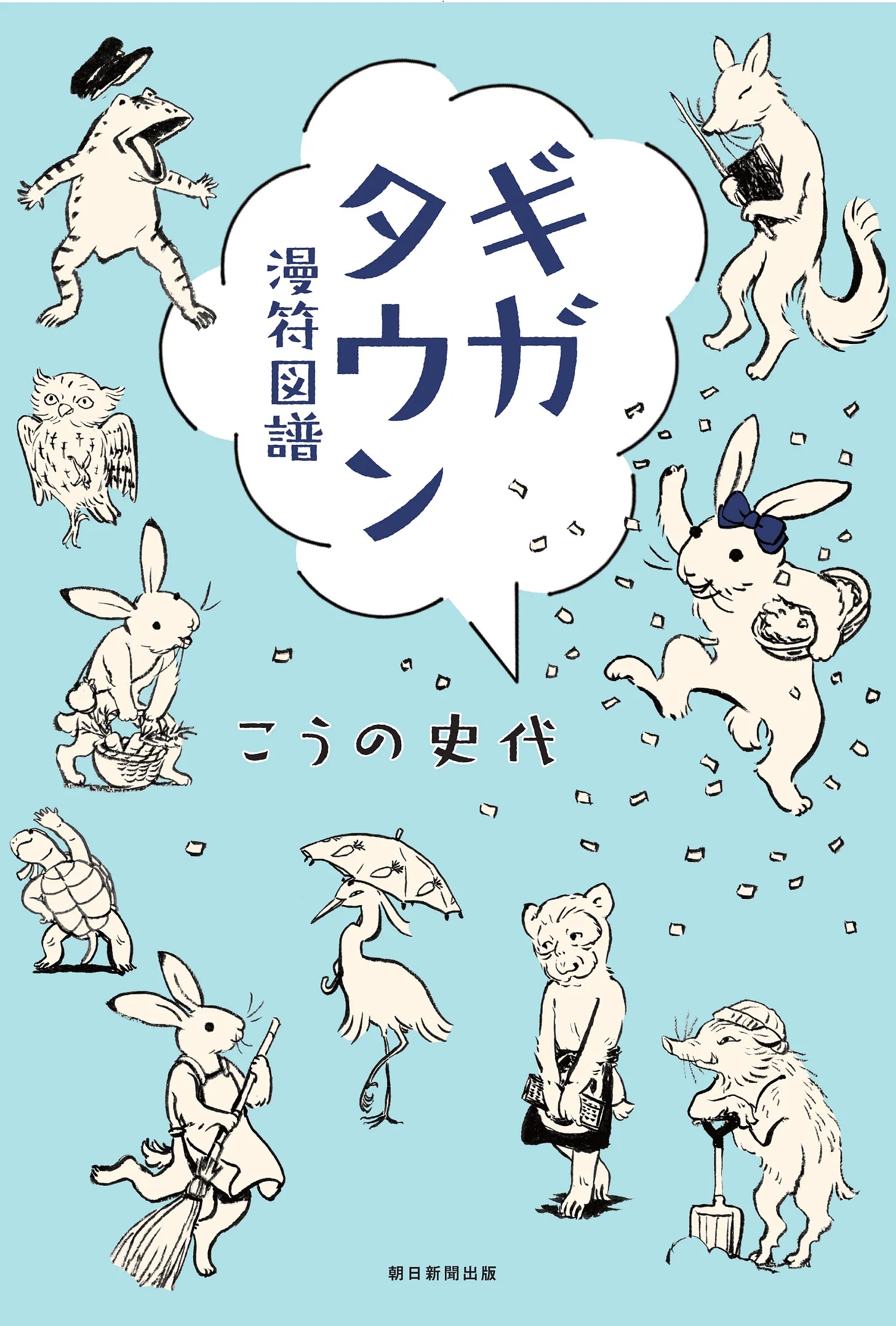 Great news for fans of Fumiyo Kouno: the crew at Mangasplaining has teamed up with UDON to publish Kouno’s Giga Town: Manpu Zufu (A Catalog of Manga Symbols), which uses characters from the Choju-jinbutsu-giga to explain “the visual iconography of manga.” Though Kouno’s work won’t be serialized on the Mangasplaining website, Deb Aoki, Christopher Woodrow-Butcher and Andrew Woodrow-Butcher will be intimately involved in bringing Giga Town to North American readers, offering subscribers a “behind the scenes on how a manga is made from licensing through translation, lettering, and more.” Giga Town is slated for a spring 2023 release; Ko Ransom (Invitation From a Crab) will translate.

ICYMI: Anime News Network reports that Tokyopop is bringing back its Rising Stars of Manga contest this year. Earlier this month, Tokopop announced that “previous winners and industry professionals will judge the competition,” and “artists will retain the copyright on their works.” No information about the contest has been posted on the Tokyopop website as yet, though Tokyopop indicated that the contest would run from July 25th – October 25th. Stay tuned for more information. [Anime News Network]

Brigid Alverson offers an in-depth look at the June 2022 NPD Bookscan charts, observing that “[wh]ether the comic is based on the show or the show is based on the comic, media tie-ins were prominent on this month’s charts of the top 20 Author, Manga, and Superhero graphic novels in the book channel.” [ICv2]

Jocelyne Allen takes a break from translating to sing the praises of Takeuchi Sachiko’s Numa no Naka de Fuwaka wo Mukaemasu. “She takes all these emotions and illustrates them to the extreme,” Allen notes. “It’s like physical comedy in manga form, and she only gets better at it with every book she puts out.” [Brain vs Book]

With the help of translator Katsu Tanaka, Danica Davidson interviews Monkey King creator Katsuyu Terada about the art that inspired him to become an manga-ka. “I grew up inspired by amazing Japanese manga illustrators, as well as traditional Japanese artists like Hokusai, and also various other foreign artists like Mœbius,” Terada explains. “With so much inspiration from so many different times and places, I’ve come to see human expression as a wave, layering ripples from far away shores to the other side of the ocean and connecting the world. I would be honored for my work to be seen more internationally, to inspire the same wonder I felt when I was young, and open new paths to a more creative world by expanding my audience’s creative mind.’ [Otaku USA]

At The OASG, Krystallina and Justin compare notes on the first volume of Burn the House Down, “a whodunnit with a twist — mainly, someone has already said “Idunnit”. Meanwhile, the folks at Beneath the Tangles tackle a slew of new releases–among them Why Raelina Ended Up at the Duke’s Mansion and Shortcake Cake–as Sean Gaffney and I post a new crop of Bookshelf Briefs here at Manga Bookshelf. Writing about the first volume of A Nico-Colored Canvas, Sean reports that “Nico is a lot of fun to read about, but I think in real life I’d find her exhausting and difficult to deal with.”