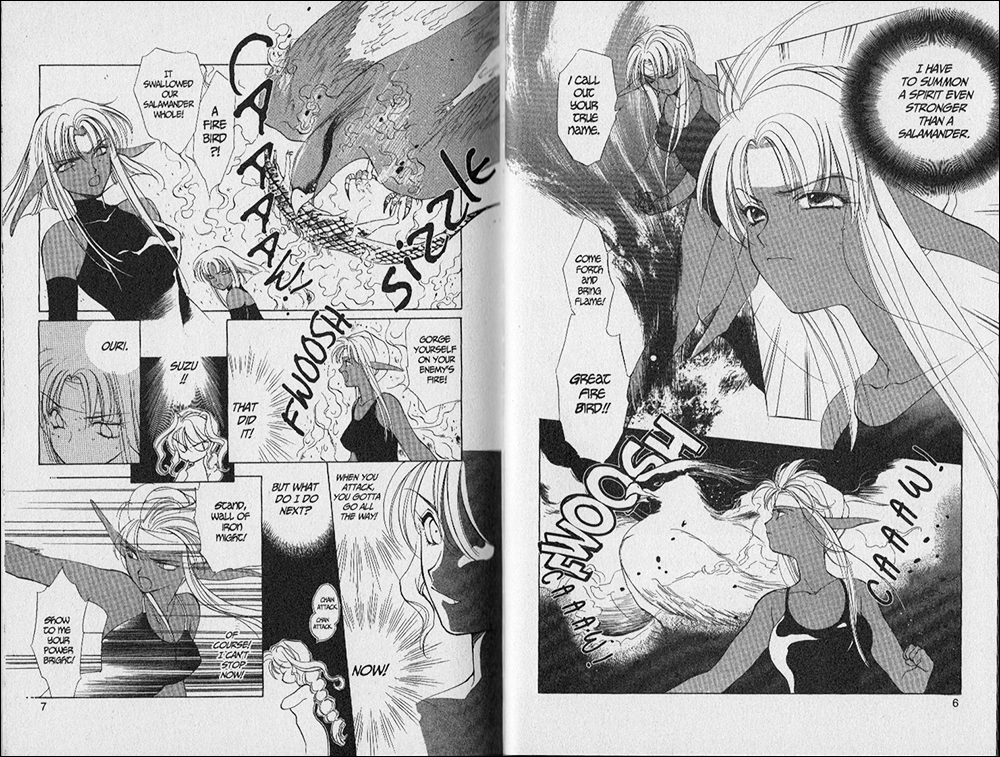 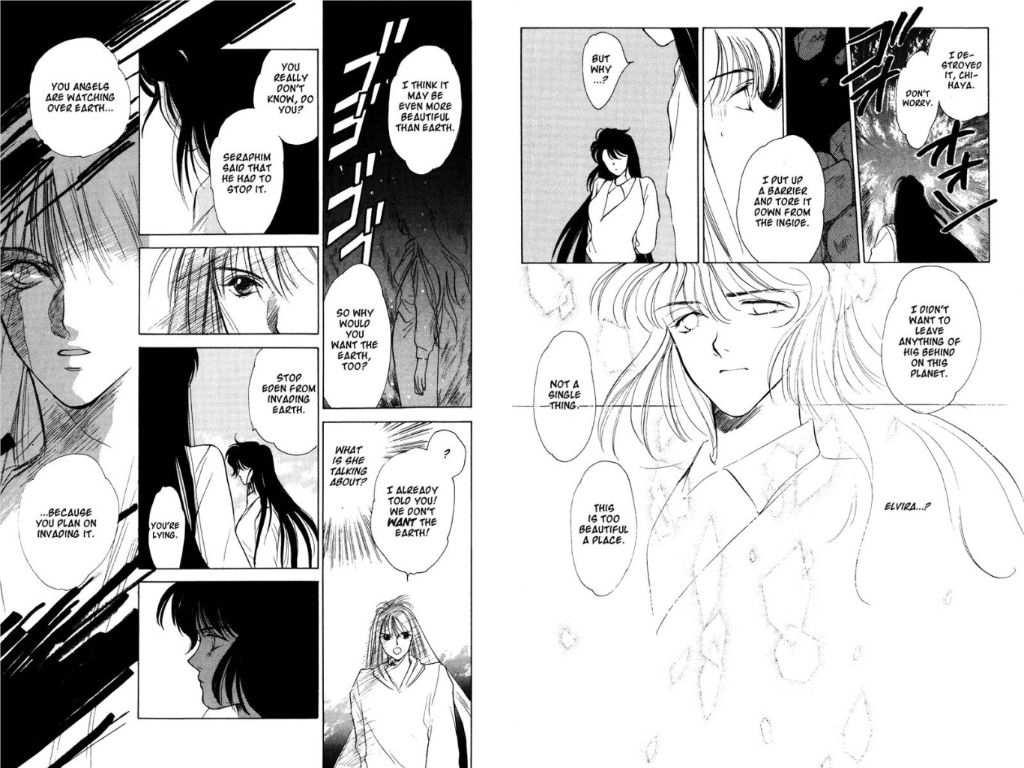 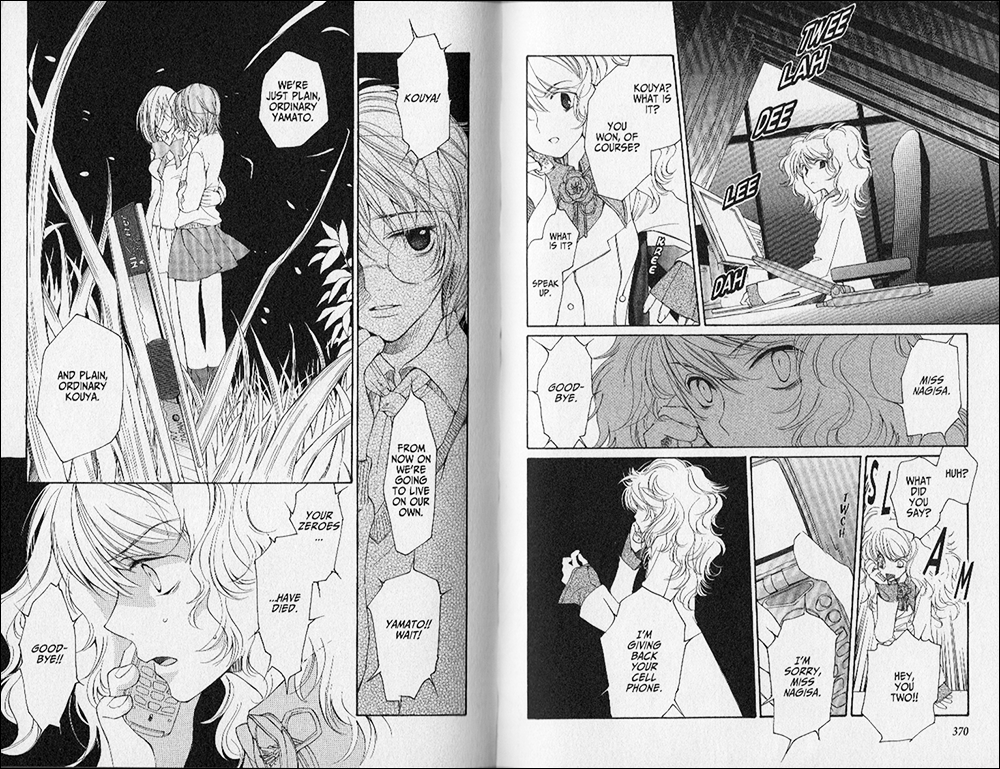 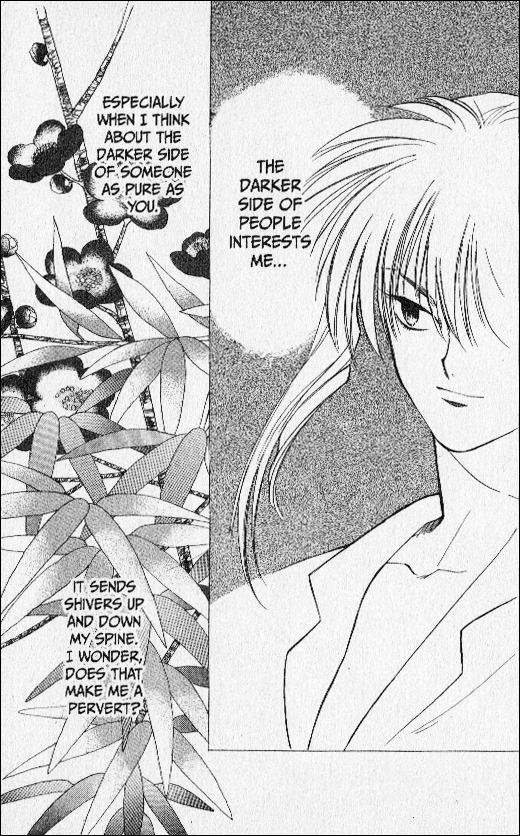 “I wonder, does that make me a pervert?”

When one of Gestalt‘s dual protagonists, Ouri, asks this question in volume four, it’s impossible not to wonder if the series’ author is really talking about herself. And as a reader, it’s pretty difficult not to apply this to oneself as well, because if there is one thing Yun Kouga excels at, it is creating characters whom we will find surprisingly relatable and endlessly fascinating, even as we’re exploring the darkest corners of their hearts and minds.

And it’s not only her characters’ minds that Yun Kouga seems intent on exploring. Her awareness of and ability to express her characters’ darkest desires, simply and without apology, also serves as an exceptionally unflattering mirror for the reader. Her characters are so real and so human in both their complexity and their selfishness, it’s impossible to ignore the reality staring us in the face.

Those deep, dark thoughts you were sure nobody else shared? Those self-destructive urges you’ve (mostly) controlled all these years? That private fantasy you keep quietly to yourself? That thing you always do when you need to hide your real feelings? Yun Kouga’s got your number. And she’s got no mercy.

While undeniably attractive, super-confident teen stalker Hisayoshi is carrying on this conversation with himself, we’re thinking, “God, he’s creepy!” and then, “Well… I guess it’s not wrong just to think about things…” and finally, “I had almost that exact thought that time when… oh, fuck.”

And there she leaves us. Yun Kouga just leaves us like that, permanently, irretrievably stuck with the cognitive dissonance and muddy morality that simply is grown-up human life—no excuses, no justifications. It’s not pretty, but it’s effective, and I find myself thinking about a Yun Kouga manga (and the emotional chaos it brings along with it) long after I’ve finished reading. 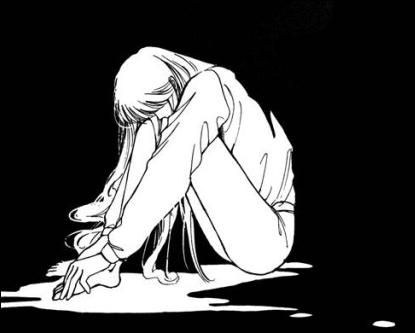 But if she leaves us unable to deny our darker impulses, she at least doesn’t leave us alone. There’s a sense, always, that Kouga loves her characters fully and without conditions, even when they’re at their worst. We’re all ugly and beautiful in Yun Kouga’s world, and there’s nothing to do but to try to navigate the mess as best we can.

“Mess” is a key word here, and though Kouga-sensei’s artwork is a consistent highlight—genuinely gorgeous and a real treat to behold—one might say that her greatest talent is in making a mess. She writes messy characters in messy relationships, and if these are often accompanied by some messy plotting as well, perhaps that’s an unavoidable side-effect.

Not that the messiness is wholly unintentional, or even close.

We may not quite be with him (at least on the first bit), but we surely understand, because we’ve been there and back, over and over again, about someone (everyone?), most likely in the same chapter, and definitely in the same story.

Kouga’s messiness extends not only to her characters and their relationships, but also to the way we feel about them as they draw us in. We love them, we hate them, we’re angry, we’re confused, we identify with them when we least want to, and all we can really count on is that it’ll all get significantly messier before the day is done. 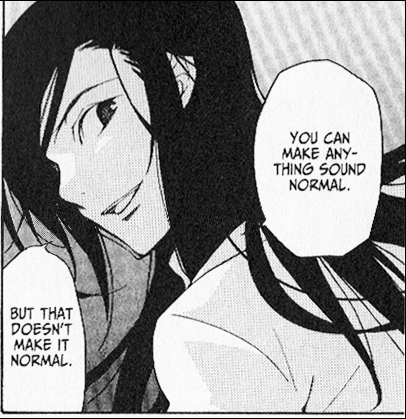 Fortunately, “messier” is just the way I like it.

There’s a passion to Kouga’s messiness and to her willingness to jump head first into it all that reminds me less of the polished world of publishing and more of the best parts of fandom, where rabidly pulling apart characters and their motivations is largely the point. And though any speculation on my part about the influence of Kouga’s doujinshi roots would be simply that, it should be understood that, in my view, it’s a compliment that it even came to mind.

Unlike her characters, Kouga’s plotting generally begins with grand disorder and tidies itself up over time, especially in her earlier series, and wading through the initial flurry of chaos is, in my experience, always worthwhile.

Despite a rather hefty catalogue, ranging from RPG-style shounen fantasy, to josei romance, to boys’ love, and even to parts of the Gundam franchise, only four of Kouga’s series (and a single chapter in Dark Horse’s Neon Genesis Evangelion: Comic Tribute) have been published in English to date.

Here’s a brief introduction to each: 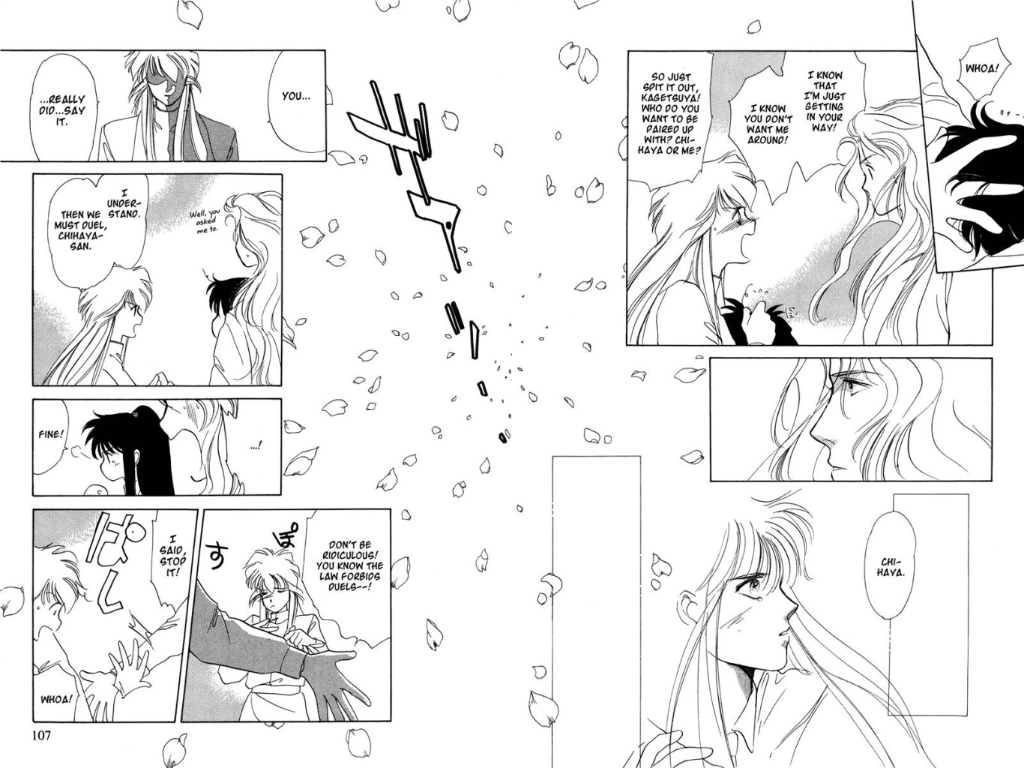 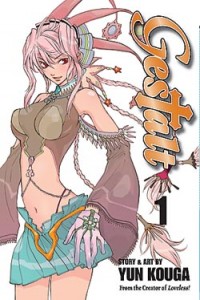 Originally serialized in the pages of Square Enix’s female-friendly shounen magazine GFantasy and later distributed under Ichijinsha’s Zero Sum imprint, this quirky fantasy follows the adventures of roving priest Olivier and mysterious slave Ouri, as they quest to Gestalt, a remote island supposedly cursed by the gods.

From Gestalt, Vol. 2:
“Another charming element is the series’ complete and utter honesty about the fact that it is playing out an RPG. The straightforward announcement of each character’s race, skills, and magical level continues, and in this volume they even visit a local shop to purchase magically-enhanced weaponry. It really seems like this kind of structure should be tedious but it’s hard to be irritated when the author is so up-front about it, and with a story so light and breezy, how can one complain? Humor is key in this series and there is never a moment in which things are allowed to become serious enough to obscure that.” 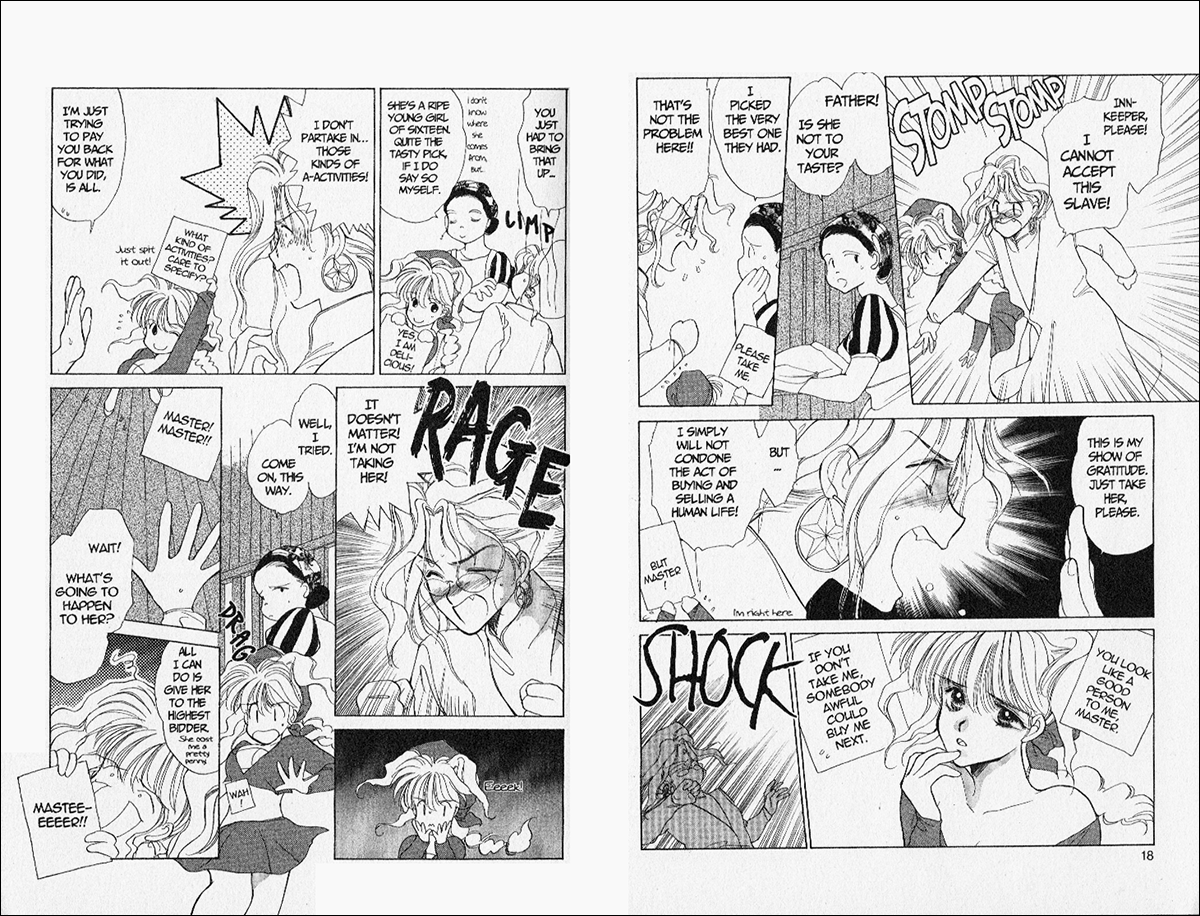 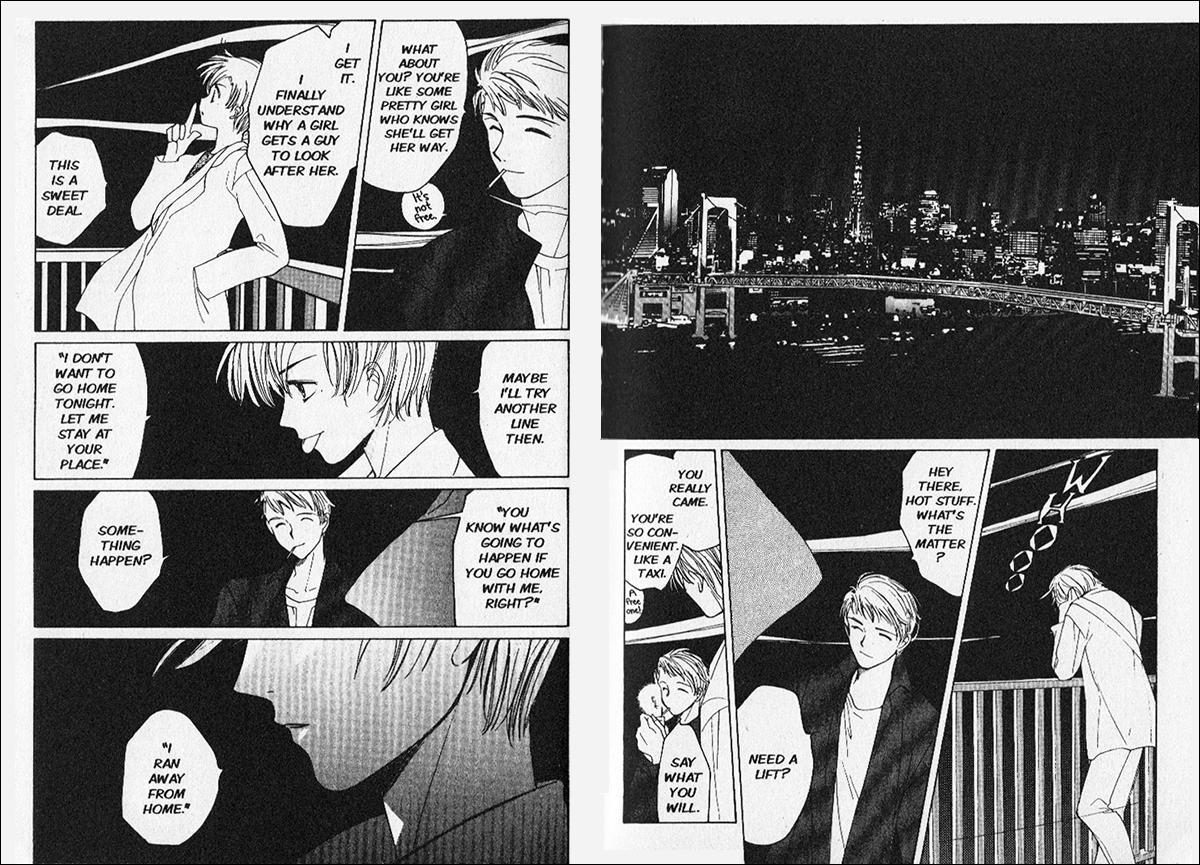 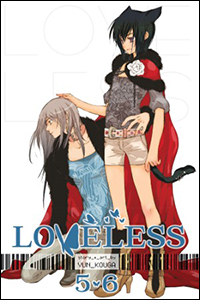 From the pages of Ichijinsha’s Comic Zero Sum, this supernatural fantasy revolves around 12-year-old Ritsuka, whose brother’s death sweeps him into a world of magical fighting teams who use the power of words to disable, injure, or even kill their opponents. Now bound to 21-year-old “fighter” Soubi, Ritsuka is determined to uncover the truth about his brother’s death.

From Fanservice Friday: Lovesick over Loveless:
“The truth is, Yun Kouga’s work (and Loveless in particular) hits so many of my personal storytelling kinks in so many instances, it would be prohibitively time-consuming to catalogue them all. But perhaps more significantly, she manages to address several of my usual turn-offs (and at least one known deal-breaker) in a way that makes them somehow palatable, even to me. As a result, my reaction to Loveless has begun to resemble nothing more than a kind of romantic longing, characterized by ever-wandering thoughts and a persistent love-struck haze. in short, I’m lovesick over Loveless. ” 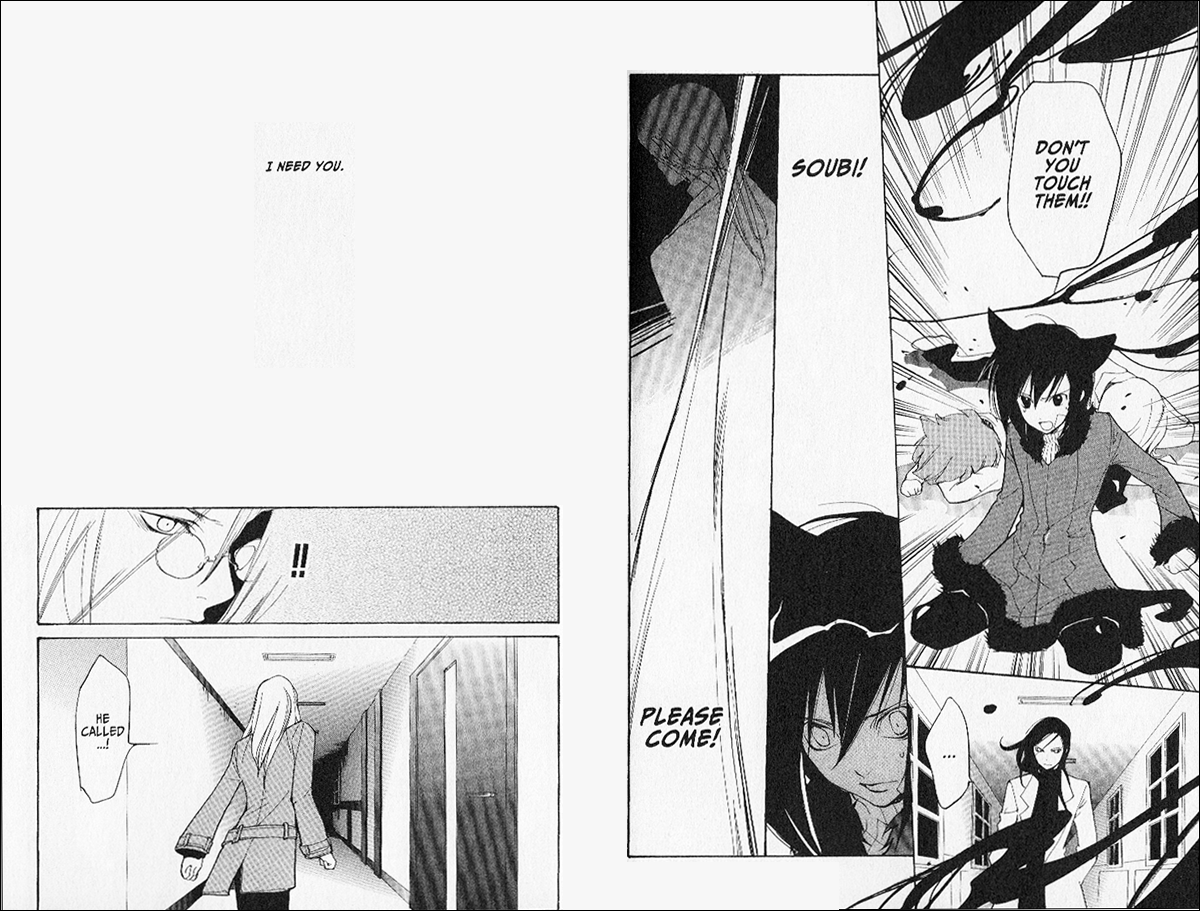 Obviously I’m a fan of Kouga’s work, and I’ll continue to talk about why as the week continues, but whether you’re a fan, an anti-fan, or somewhere in-between, all discussion is welcome at the Manga Moveable Feast!