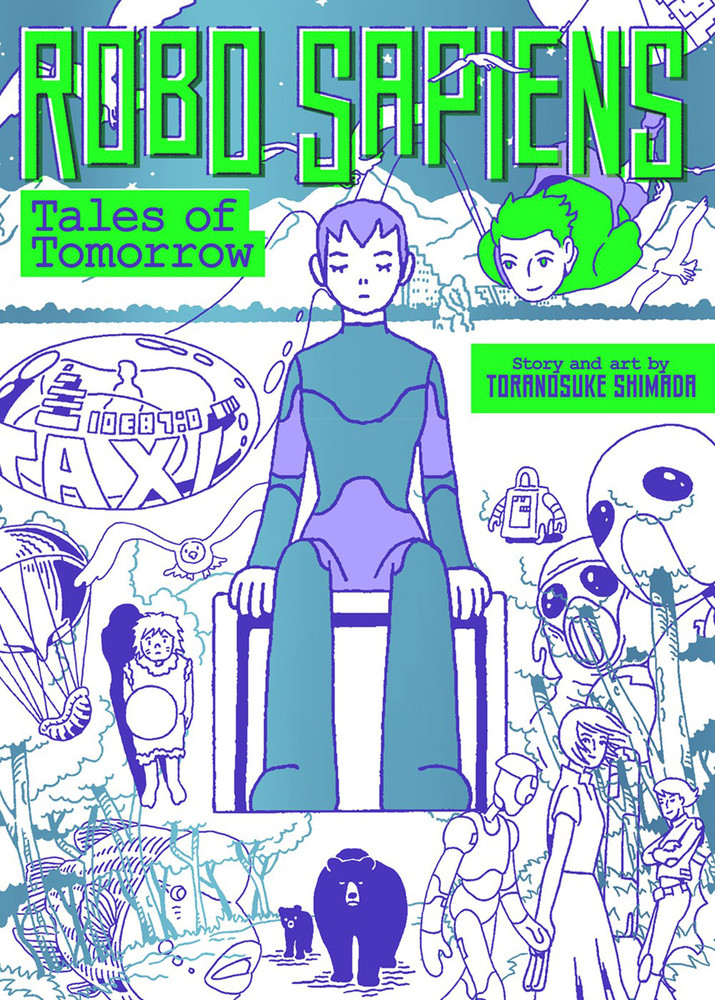 This year’s Eisner nominations have just been announced. In the Best U.S. Edition of International Material—Asia category, VIZ Media garnered five of the six nominations with crowd-pleasers such as Chainsaw Man and Spy x Family, while Seven Seas nabbed one for Robo Sapiens: Tales of Tomorrow. The only other manga nominated for an Eisner was Zom 100: Bucket List of the Dead, which is competing in the Best Humor Publication category. Also nominated for an Eisner is Eike Exner’s Comics and the Origins of Manga: A Revisionist History, which was published by Rutgers University Press last year.

The final chapter in Wataru Hinekure’s My Love Mix-Up! will run in the June issue of Bessatsu Margaret. [Anime News Network]

How do librarians respond book challenges in their communities? Shawn, Megan, and Tayla offer a variety of helpful strategies for handling complaints about graphic novels, from setting clear policies about who can bring a formal complaint to using peer-reviewed sites to demonstrate that your collection is, in fact, age-appropriate. [No Flying, No Tights]

Looking for a good read? The crack team at ANN have just posted their Spring 2022 Manga Guide. Look for daily updates through the end of this week. [Anime News Network]

Tony explores the complex friendship between Kaguya Shinomiya and Ai Hayasaka in Kaguya-sama: Love Is War. [Drop-In to Manga]

On the latest Manga Mavericks podcast, host Siddharth Gupta convenes a roundtable discussion about Yona of the Dawn with panelists from Anime Feminist, But Why Tho?!, and Good Friends Anime Club. [Manga Mavericks]

Geremy and Kevin round up the latest Shonen Jump chapters, then turn their attention to volume thirteen of Haikyu!! [Jump Start Weekly]

Why did Nobuhiro Watsuki’s Gun Blaze West get the axe after just three volumes? David and Jordan investigate. [Shonen Flop]

Did you know that Tokyopop’s Warriors fandom is still going strong after fifteen years? Patrick Kuklinksi shines a light on the fan-made comics that explore “parts of the books that weren’t detailed in canon,” re-write controversial storylines, and introduce original characters. [SOLRAD]

Megan D. jumps in the WABAC machine for a look at Rumiko Takashi’s Rumic Theater, a collection of short stories that VIZ published more than twenty-five years ago. “What caught my notice about this anthology is that they all feature something you don’t see a lot of in American manga releases: adult women,” she observes. “Every lead character is either a currently married woman (be they with or without children) or one who was married in the past.  A lot of their stories are small-scale, focused on their homes and their immediate community of friends and family. True to Takahashi fashion, though, they are also often comical”.” [The Manga Test Drive]

Are you following Al’s Manga Blog? If not, you should: this review-focused website has been publishing insightful, crisply written essays since 2016. Al’s latest offerings include in-depth reviews of The Music of Marie, a new title by Usamaru Furuya (Short Cuts, Genkaku Picasso); Island in a Puddle, a thriller by Kei Sanabe (Erased); and Sakamoto Days, a new Shonen Jump series by Yutu Suzuki.

Also of note: ANN’s Caitlin Moore draws on her own experiences with ADHD in a thoughtful review of My Brain is Different: Stories of ADHD and Other Developmental Disorders, while Masha Zhdanova posts capsule reviews of three new VIZ titles.