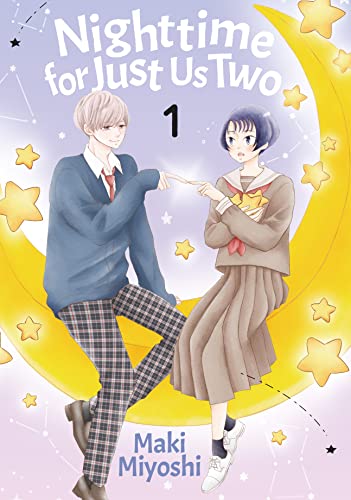 SEAN: Surprising no one, I’m staying on brand for this week’s pick, as The Magical Revolution of the Reincarnated Princess and the Genius Young Lady is hitting a lot of what I want in both a villainess story and a reincarnation story. What if we ignored the guys and started a cottagecore magic industry?

MICHELLE: I admit that I’m mostly going off the cover for this one (plus aliens!) but Nighttime for Just Us Two looks so cute that I can’t resist picking it this week.

KATE: I’m excited to see that Titan Comics will be publishing Eldo Yoshimizu’s latest Hen Kai Pan. Though his debut series Ryuko was a little uneven plot-wise, it had imaginative, eye-popping action sequences and great artwork throughout. Hen Kai Pan looks equally dazzling, with an interesting and timely environmental theme lending some gravity to the proceedings. Count me in!

ASH: Oh! Thanks for that reminder, Kate! I’d forgotten that another work by Yoshimizu was being released. The artwork in Ryuko was very striking. That being said, my pick this week goes to My Brain is Different; I like seeing the variety of biographical and autobiographical manga being released these days.

ANNA: I’m going to go with Nighttime for Just Us Two just because of the whole alien angle.