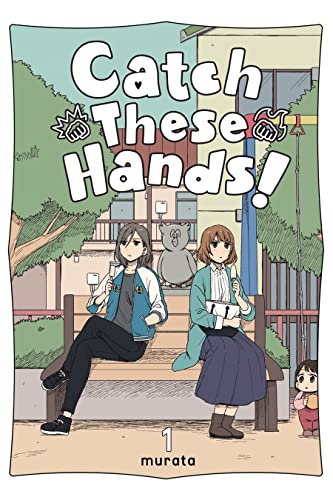 MICHELLE: I’m not wildly enthusiastic about anything this week, but I did enjoy This Wonderful Season with You enough to make Deko-boko Bittersweet Days my pick of the week. Even if it is TOKYOPOP.

SEAN: I have heard so much good buzz about Catch These Hands! that it’s definitely my pick this week. I will punch the yuri into you!

KATE: My pick: the final volume of Blue Giant, an entertaining series about a self-taught saxophonist who honks, squawks, and improvises his way to jazz greatness. If you haven’t tried it, now’s a great time to pick it up, both for the terrific cartooning and for the author’s impressive knowledge of music; Blue Giant is one of the only music manga that didn’t make my inner musician cringe. Now that’s saying something!

ASH: Blue Giant is a solid choice, for sure! However, my pick this week actually goes to The Song of Yoru & Asa, another manga that’s at least tangentially related to music, but that comes with far more content warnings. That being said, I’m also really looking forward to giving Catch These Hands and Run on Your New Legs a try, too!

ANNA: I do enjoy sports manga, and for that reason Run on Your New Legs is my pick!

MJ: It’s a tough choice for me this week, because I’m tentatively interested in a lot of stuff, but not overwhelmingly obsessed with anything. Still, Catch These Hands sounds too cute to pass up, so I think I’ll be going along with Sean this week!