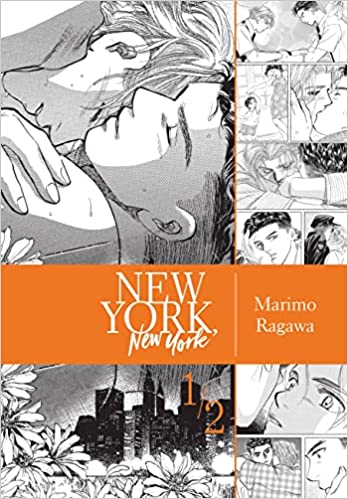 KATE: I suspect everyone on the Manga Bookshelf crew will give a shout-out to New York, New York–I mean, Manga Bookshelf’s most beloved feature was our Banana Fish roundtable–so I’ll plug Apple Children of Aeon, which sounds like just the kind of blend of history, folklore, and drama that appeals to all of us.

SEAN: Yeah, I can’t deny that the obvious pick of the week to me is New York, New York, a psychological tragedy that ran in the mainstream shoujo magazine Hana to Yume, a magazine that even just five years later would not really do this sort of thing. It’s coming out in two omnibuses, and looks luxurious.

MICHELLE: There’s no way that I could resist BL + psychological tragedy! New York, New York all the way.

ANNA: I’m for sure interested in i>New York, New York, but we still get so little josei released here I’m going to team up with Kate to pick Apple Children of Aeon.

ASH: I am very interested in both New York, New York and Apple Children of Aeon, but I’m actually going to throw one more josei title out there for consideration. I suspect that I may enjoy the original novels even more, but I’ve really been looking forward to the debut of the manga adaptation of The Case Files of Jeweler Richard, too.

MJ: Okay, all the picks so far are excellent, but we all know where I’m going with this, right? New York, New York, I must have it. I simply must.