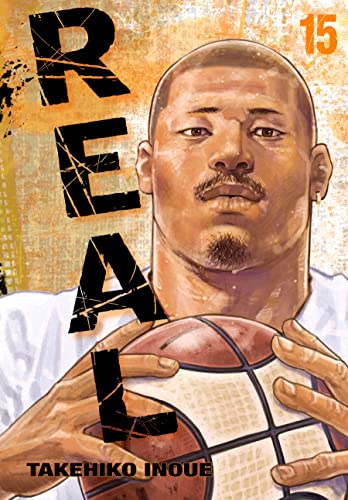 ANNA: I’m usually not incredibly surprised by the manga coming out week after week, but I’m delighted that we’re getting a new volume of Takehiko Inoue’s Real after a gap between print volumes, it is certainly something worth celebrating as Pick of the Week.

SEAN: Let’s be real, Real is what absolutely should be Pick of the Week. But since I’m a good 10 or so volumes behind on it, I will instead pick the new collection of Monkey Punch’s Lupin III manga. Manga Lupin is… an acquired taste, but this is where it all began, and I look forward to reading it and watching him be clever and also lecherous.

MICHELLE: I’m actually current on Real, but since volume fourteen came out in 2016, that doesn’t exactly count for much. I’m very happy to see a new volume, and definitely picking it this week, but I would be happier still if I had any confidence that it won’t be another five years of waiting for the next one.

KATE: Since everyone else has been keepin’ it Real, my pick is Lupin III: Greatest Heists, a collection of twelve stories drawn from various stages in the manga’s history. Tokyopop tried to make Lupin III happen back in 2002, but it didn’t click with American audiences. Here’s hoping fresh translations and a new publisher–Seven Seas, in this case–inspire more readers to give this famous, influential series a try.

ASH: Though I’m certainly interested in Lupin III, my pick has to be Real. I like Takehiko Inoue’s manga in general, but Real is my personal favorite. (Which actually surprises me a little bit.) While the series as a whole is terrific, the characterization in particular is phenomenal.

MELINDA: I’m also interested in Lupin III, which I adored when we got a taste of it back in the day, but we’ve been waiting for the next Real for SO long, I can’t choose anything else. Like many, I’d given up on it. So glad to be proven wrong.