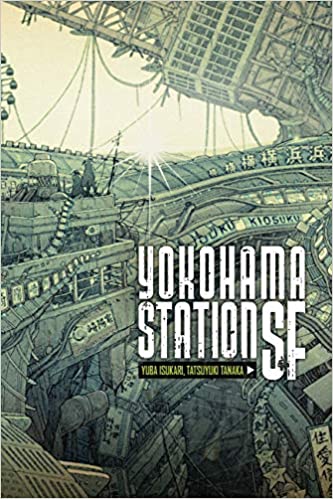 KATE: I only have eyes for one series this week: BL Metamorphosis, a series that’s rueful, funny, and heart-warming without ever being sappy. One of the things I love most about BL Metamorphosis is that Kaori Tsurutani treats the main characters’ interest in BL with respect; there are no cheap jokes at either heroine’s expense, just a thoughtful and loving exploration of what it means to be a dedicated manga reader at any age.

SEAN: BL Metamorphosis is definitely on my list, and I agree with everything Kate said. My pick this week is Those Snow-White Notes, a series getting an anime soon, which is probably the only reason it got a digital release here at all, as it’s about the shamisen – no, not Kyon’s cat from Haruhi Suzumiya, but the traditional Japanese stringed instrument. This is, honestly, what “digital-only” releases were meant for.

ASH: As far as continuing series goes, BL Metamorphosis is at the top of my list this week – it’s a truly wonderful series. If Those Snow-White Notes is ever released in print, it will absolutely be my pick. (That being said, I might make an exception and read it even though I usually avoid digital releases.) While it’s not manga, my official pick this week actually goes to the novel Yokohama Station SF as I’ve been on a speculative fiction prose kick lately.

ANNA: I find the idea of shoujo horror intriguing and we haven’t had a ton of that genre translated, so I’m going to pick Love and Heart (Koi to Shinzou).