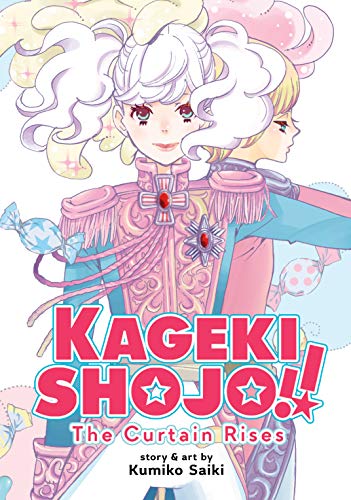 SEAN: Seven Seas has most of my attention this week, as I’m torn between the relaxing yuri feel of Days of Love at Seagull Villa and the less yuri but more drama majorey Kageki Shojo!! The Curtain Rises. I think I’ll go with the latter, if only in hopes that we might get the sequel. Plus, I always love Takarazuka stuff.

MICHELLE: These two are also vying for my top pick this week, and since Sean picked the latter, I’m going with the former. The premise of a lonely person being accepted (presumably) into a family makes me think of Our Dining Table, another Seven Seas title that I loved immensely. Thus, I am very here for this!

ASH: Perhaps unsurprisingly, these are the two manga being released this week that also have most of my attention! Of the two, Kageki Shojo!! The Curtain Rises sits the highest on my ever-growing mountain of to-be-read books, so that gets my official pick. But I’m looking forward to reading the debut of Days of Love at Seagull Villa, too.

MELINDA: Probably this is obvious, but it’s Kageki Shojo!! The Curtain Rises for me! I’m so on board for this!