SEAN: It’s always September, somewhere in Manga Land! What do we have for you this first week of the month?

Cross Infinite World has a 2nd volume of Beast Blood. 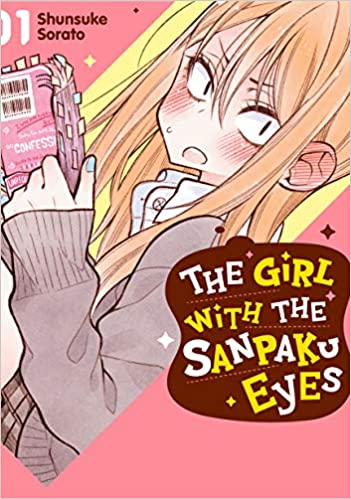 Denpa snuck out a release last week, though apparently the print comes a bit later. The Girl with the Sanpaku Eyes (Sanpakugan-chan wa Tsutaetai) is a Gangan Pixiv manga about a girl with “mean eyes” and her travails. Our own Kate Dacey reviewed it here.

ASH: Thanks for the review, Kate! I’ve been curious about this one.

MELINDA: I have, too!

SEAN: No debuts for J-Novel Club this week, but a whooooole lotta other stuff. In print, we get An Archdemon’s Dilemma 7, the first Ascendance of a Bookworm manga (I guess that’s a debut), Infinite Dendrogram 8, My Next Life As a Villainess 3 and Sexiled 2.

ASH: I’ve been enjoying the Bookworm novels, so maybe I should give the manga a try, too. As for the second volume of Sexiled, I’m really looking forward to getting my hands on it.

SEAN: Digitally, there’s By the Grace of the Gods 4, Full Metal Panic! 8, The Greatest Magicmaster’s Retirement Plan 6, Kokoro Connect 10, The Master of Ragnarok & Blesser of Einherjar 12, The Unwanted Undead Adventurer 6, and A Very Fairy Apartment 4.

Kodansha has some print for us. Knight of the Ice 3, L*DK 15, Living-Room Matsunaga-san 4, The Quintessential Quintuplets 10, Saint Young Men 3, To Your Eternity 12, and Waiting for Spring 13.

MICHELLE: I’ll be reading several of those, and am especially eager for more Knight of the Ice.

ASH: Oh! It’s a good Kodansha week for me, too!

MELINDA: I need to catch up with both Knight of the Ice and Saint Young Men.

ANNA: Glad for the reminder about Knight of the Ice, I’m already behind!

SEAN: There’s also digital. The debut is That Time I Got Reincarnated (Again!) as a Workaholic Slime (Tensei Shite Mo Shashiku Datta Kudan), another spinoff of that popular series. This one is only 2 volumes long.

MICHELLE: I’ve been getting caught up on To Be Next to You and liking it a lot.

SEAN: Seven Seas debuts Cube Arts, a “gamer invited to beta test a game that is more than it seems” story. It ran in Shinchocha’s Comic Bunch. 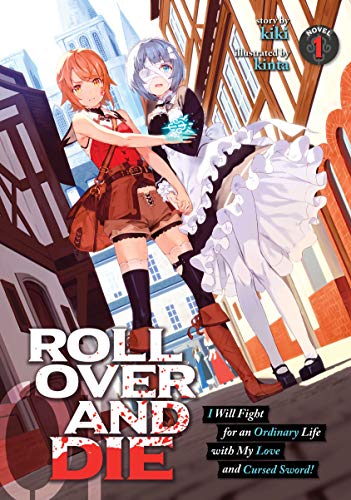 Digitally there is a light novel debut: ROLL OVER AND DIE: I Will Fight for an Ordinary Life with My Love and Cursed Sword!. A much requested yuri light novel title, this apparently starts off very dark (expect slavery), but has good buzz.

ASH: Hmmm, a yuri light novel could be intriguing.

SEAN: Seven Seas also has, in print, Makeup is Not (Just) Magic: A Manga Guide to Cosmetics and Skin Care, as well as the 3rd Arifureta: I Heart Isekai and My Monster Secret 21.

ASH: I’d actually like to give Makeup is Not (Just) Magic a read.

SEAN: Square Enix gives us a 2nd volume of My Dress-Up Darling.

ASH: Whoops, I haven’t actually read the first volume yet, so I’ve already fallen behind.

Vertical has two debuts. The first we saw a digital release of earlier, but now the Weathering With You manga gets a print release.

MELINDA: I didn’t read this in digital, but I enjoyed the movie and I tend to like manga adaptations of Shinkai’s work, so I really should check it out. 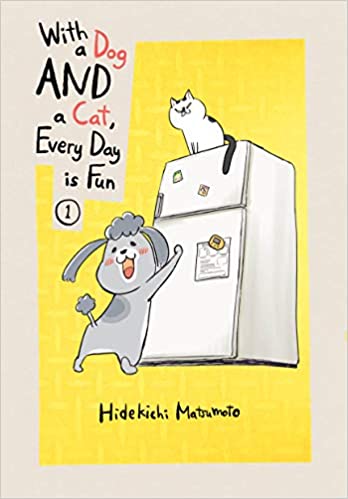 SEAN: The other one, With a Dog AND a Cat, Every Day is Fun (Inu to Neko Docchi mo Katteru to Mainichi Tanoshii) is definitely for animal lovers. Expect “indie” art styles, too.

MICHELLE: Definitely checking this one out.

SEAN: The rest is Viz, mostly. No debuts, but lots to look at. For shoujo stuff, we get Daytime Shooting Star 8, Kakuriyo: Bed & Breakfast for Spirits 6, Love Me Love Me Not 4, Not Your Idol 2 (not a final volume, but the series is on hiatus in Japan after this), Skip Beat! 44, and Snow White with the Red Hair 9.

MICHELLE: I intend to read every single one of these, sooner or later. I didn’t realize that about Not Your Idol, though. That kind of stinks.

ASH: It’s a good shoujo week! I thought the first volume of Not Your Idol was excellent, so at this point I plan on reading the rest whenever it may be released.

MELINDA: Yes, same for me. Apparently my role in this week’s column is to point to whatever Ash says and repeat, “same.”

ANNA: It is a great week for shoujo! I’m sort of glad I didn’t read the first vol of Not Your Idol if it is on hiatus. I’m also especially happy to see a new volume of Skip Beat!

MICHELLE: My love for Haikyu!! is pretty well documented at this point, so I will instead squee about how cute and great SPY x FAMILY is.

ASH: Likewise! Those are the two series from this batch which are getting most of my love this week.

SEAN: Lastly, Yen On had one August title skitter all the way into September: the 9th So I’m a Spider, So What? novel.

Which of these make the best titles to hide in your textbook while class is going on?