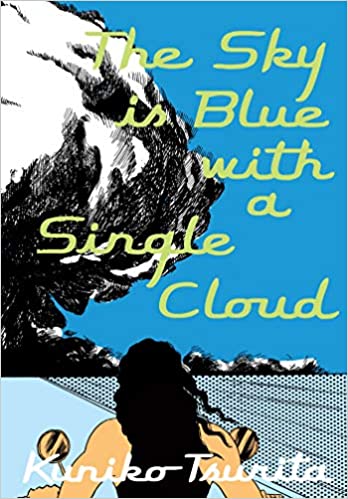 SEAN: I admit I tend to be more of a meat-and-potatoes manga reader, and there’s a ton of Viz stuff that I’ll be getting this week. That said, my pick is definitely Drawn & Quarterly’s The Sky Is Blue with a Single Cloud, a collection of Kuniko Tsurita’s works that ran in underground manga magazine Garo and elsewhere. It just looks wonderful.

MICHELLE: It does, but I have just been looking forward to act-age for so long that I can’t quit now. I don’t know what to expect from a shounen series about acting, but I am dying to find out.

ANNA: This seems like a great week for quirky manga in general. I’m going to have to go for the second volume of Knight of the Ice, because I’m not going to pass up any chance to celebrate a Yayoi Ogawa series.

KATE: I’m all in for The Sky Is Blue with a Single Cloud because if nothing else, I’m super-predictable when it comes to old, weird, or historically important manga. If I’m being a little less high-minded, I’m also totally on board with volume two of Knight of the Ice. It’s not as good as Tramps Like Us, but as Anna said, any Yayoi Ogawa manga is worth supporting, even if the supporting characters are more memorable than the lead romantic couple.

ASH: The Sky Is Blue with a Single Cloud is definitely my pick this week, too! I’m always interested in creators who published in Garo, but Kuniko Tsurita is one of the few women whose work has been translated, so I’m doubly interested.

MELINDA: I’m certainly excited about The Sky Is Blue with a Single Cloud, but this week I’m going to live dangerously and join Michelle in crossing my fingers for act-age. I just have to give it a shot!