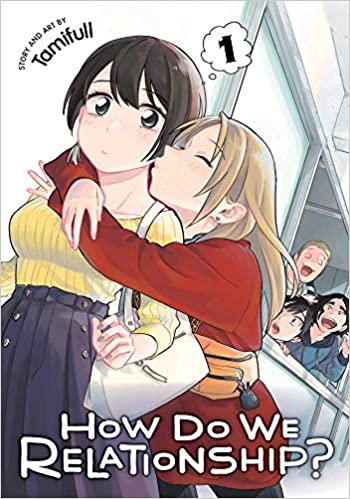 SEAN: I am somewhat torn between more Wotakoi and the debut of How Do We Relationship?, but since I’m sure I’ve picked Wotakoi before I’ll give it to the latter.

KATE: Two words: Blank Canvas! It’s a hilarious, wise, and rueful look at Akiko Higashimura’s professional journey from naive high schooler to budding manga-ka, warts and all. It’s hands down one of my favorite series of the last five years.

MICHELLE: I face the exact same dilemma as Sean. I really love Wotakoi, but the promise of a yuri series that focuses on sustaining a relationship rather than establishing one is just too good to pass up. How Do We Relationship? for me.

ANNA: There’s a lot of great manga coming out this week, but I’m going to go with Requiem of the Rose King, it is such a unique series.

ASH: This will be a very good week for me and manga (but not my wallet) – I’m actively reading many of the series being released, and am interested in more than a few of the debuts. For my picks, I tend towards debuts, so I’ll mention one that hasn’t yet been named yet that I’m particularly curious about (since the series it’s based on is a favorite of mine): The Legend of Dororo and Hyakkimaru.

MELINDA: I’m interested in every single book listed so far! I don’t know how to choose! I’m especially a fan of Requiem of the Rose King. But I suppose, more than anything, I’m in the mood for romantic comedy, so I’ll join Sean and Michelle in giving my pick to How Do We Relationship?