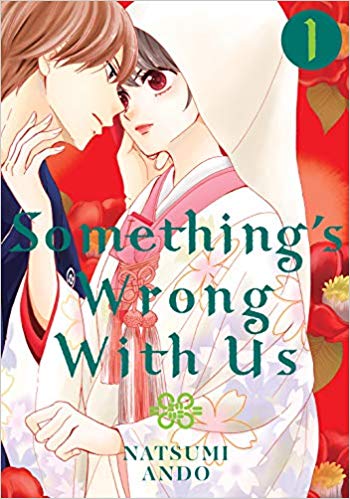 SEAN: There are some high-profile debuts this week: Something’s Wrong with Us from Natsumi Ando, and Hell’s Paradise: Jigokuraku from the assistant to Fire Punch’s creator (but I won’t hold that against him.) But I have to give the nod to my old friend Kumeta Koji (or Kouji… curse these romanji changes) with Kakushigoto: My Dad’s Secret Ambition, simply as I am so happy to see his stuff over here once more.

MICHELLE: I’ll definitely be checking out Hell’s Paradise: Jigokuraku and Kakushigoto: My Dad’s Secret Ambition, but I have just got to see what Natsumi Ando doing josei looks like, and thus my pick is Something’s Wrong With Us.

KATE: I’m exercising my right to nominate two titles for this week’s column: the gorgeously illustrated Witch Hat Atelier, whose plucky heroine just begs for her own Studio Ghibli film, and The Girl from the Other Side, whose plucky heroine may not survive to the end of volume eight. I have my supply of Kleenex and whiskey on hand in case things get any more emotional.

ASH: While there are some very interesting debuts this week, I find myself echoing Kate’s picks – Witch Hat Atelier and The Girl from the Other Side are consistently some of the best series being released right now.

ANNA: I agree, Witch Hat Atelier and The Girl from the Other Side as such special series it is an extra treat that they are both coming out the same week!

MELINDA: I’m with Michelle this week! Something’s Wrong with Us is too intriguing to pass up. I’m not always a fan of the josei manga that gets localized in North America, but this sounds just about weird enough for me.