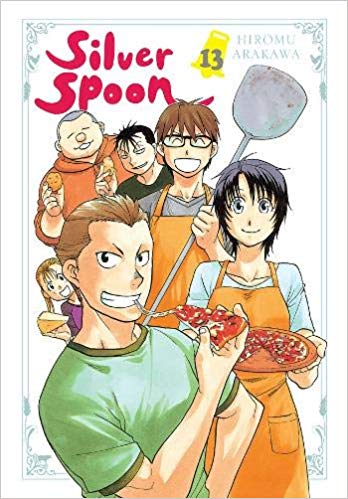 SEAN: A lot of diverse choices this week. The “prestige” title is clearly Downfall, but let’s face it it’s far too bleak for me. Instead, to no one’s surprise, I’ll go with Silver Spoon again. Because it is Silver Spoon, and because it is my heart.

MICHELLE: I am ashamed to admit I still haven’t read any Silver Spoon. I, too, am turning away from bleakness and toward my favorite genre, which means I am picking Shojo FIGHT! this week.

ASH: So many great titles are being released this week, it’s hard to choose just one! I gladly join the chorus for Silver Spoon and all the other manga already mentioned, but the first volume of Nicola Traveling Around the Demons’ World was such a treat that the second gets my official pick.