SEAN: Third week of the month is pretty hefty this month thanks to Yen Press’s pile o’ stuff, plus a few titles from everyone else. 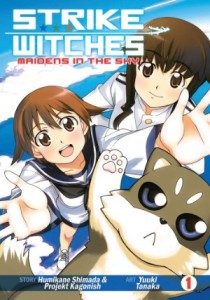 Kodansha brings us the 13th volume of Cage of Eden. The series has now ended in Japan, so we know there will be 21 total. That still leaves us many more volumes of huge killer animals and naked women bathing to go.

And for those of you who are of a more BL disposition, Kodansha also has the 5th No. 6.

ASH: I’m actually really enjoying this series! After a somewhat weak first volume, it keeps getting better and better.

MELINDA: Ash’s endorsement here makes me feel like I should check it out!

SEAN: Seven Seas debuts a new series whose anime is already famous – or, indeed, infamous. Strike Witches: Maidens in the Sky is known to me primarily as “that anime with the girls who are WWII fighter pilot archetypes and wear no pants.” Let’s see how the manga entertains.

MICHELLE: … So very not for me.

SEAN: There’s also Vol. 4 of World War Blue, which prefers to use video game companies for its archetype needs.

We have reached the penultimate volume of Bokurano: Ours from Viz, so surely the cast must be down to only 1 or 2 people, right?

MICHELLE: I need to get caught up with this one! 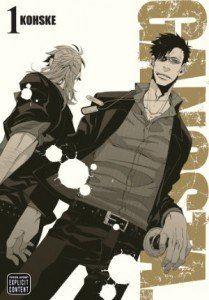 SEAN: The debut I’m most excited for this week is Gangsta, a seinen series from Shinchosha’s Comic Bunch with 87,000 tons of style.

SEAN: Blood Lad has caught up with Japan, so it’s been a while since we saw it. This 4th omnibus should have Vols. 7 and 8 from Japan. Can’t wait, this is one of my big sleeper hits.

MELINDA: I am so happy to see more Blood Lad! It is one of my very favorite series currently running, and I am so surprised to be saying that.

SEAN: We have also reached Vol. 5 of BTOOOM!, which I understand has finally given its survival game heroine a name.

MICHELLE: I made myself snicker by imagining her name was “Crotchina.”

SEAN: Now that The Disappearance of Nagato Yuki-chan has gotten rid of its big plot surprise, can it still entertain while going back to slice-of-life cuteness?

Yen also has Vol. 7 of Is This A Zombie?. I keep wanting there to be a sequel called “Yes, This IS A Zombie!” 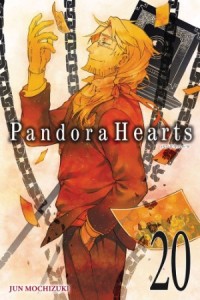 SEAN: Vol. 9 of Jack Frost, one of Yen’s longer-running manwha titles. I lost track of it. Is it Horror? Action? Comedy?

Speaking of survival game manga, we also get Vol. 3 of Judge, which continues Doubt‘s basic themes with a (mostly) new cast.

It’s Pandora Hearts 20! Huzzah! Be warned, I think we’re nearly caught up with Japan. The days of every other month are almost over.

MELINDA: WOE IS MEEEEE. Though of course I’m happy to see this volume. :)

SEAN: Puella Magi Kazumi Magica 4 continues to ask the question: “How much more money can we earn by putting magical girls through horrible trauma?” The answer. A whole lot.

Lastly, there is the 3rd and final hardcover omnibus of Thermae Romae, Mari Yamazakis tribute to baths and bathing filtered though Ancient Rome. Can Lucius find a happy ending and a nice long soak?

MELINDA: I’m looking forward to this, if a bit passively.