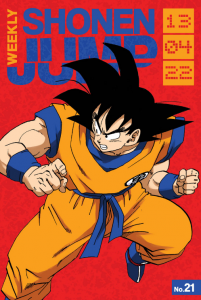 Bit of a short issue this week, or at least it feels like that for me since I stopped trying to decipher Yugioh! Zexal. It may be lax of me as a reviewer to ignore that series, but the only way for me to give it a fair shake in any kind of review would be to actually do my research and read the series. But, let’s face it, I could already tell you from chapter one it wouldn’t be interesting—and I haven’t seen anything since then to change my mind.

Dragon Ball Z Ch. 012
Dragon Ball Z (I refuse to call it Dragon Ball since saying “Dragon Ball Ch. 012″ would be inaccurate) really is at its best during chapters that would be nothing but talking heads, were Toriyama not so good at utilizing panel layout and camera angles to make even the talkiest of scenes dynamic. Again, it’s impossible to comment on these chapters without letting my prior knowledge of the series color my perspective, so I’ll limit it to saying that I’m amused by how Gohan actually goes through with his plans to become a scholar, despite everyone saying it’s such a waste. Follow your own dreams, not those others inflict on you. Even if you’re talented at something, it doesn’t mean you are required to pursue it. Sure people that want to do what you’re good at will think it a waste of talent, but that’s not what matters. It’s really a good lesson for all of us.

One Piece Ch. 706
There aren’t many creators who could take a character who was beaten down like a putz and have him come back as a legitimate threat. Not only did Bellamy come across as a threat, but he actually is one of the two characters I predict to win Block B. Oda set up the fights to take advantage of the fact that we all expect Luffy to win, and managed to introduce doubt in the other two blocks by focusing on four characters in the two blocks, either of which could win their respective blocks. So it’s certainly suspenseful when normally it would not be.

Also, Nami is going to be furious if she finds out Bellamy stole the golden pillar that was supposed to be theirs. 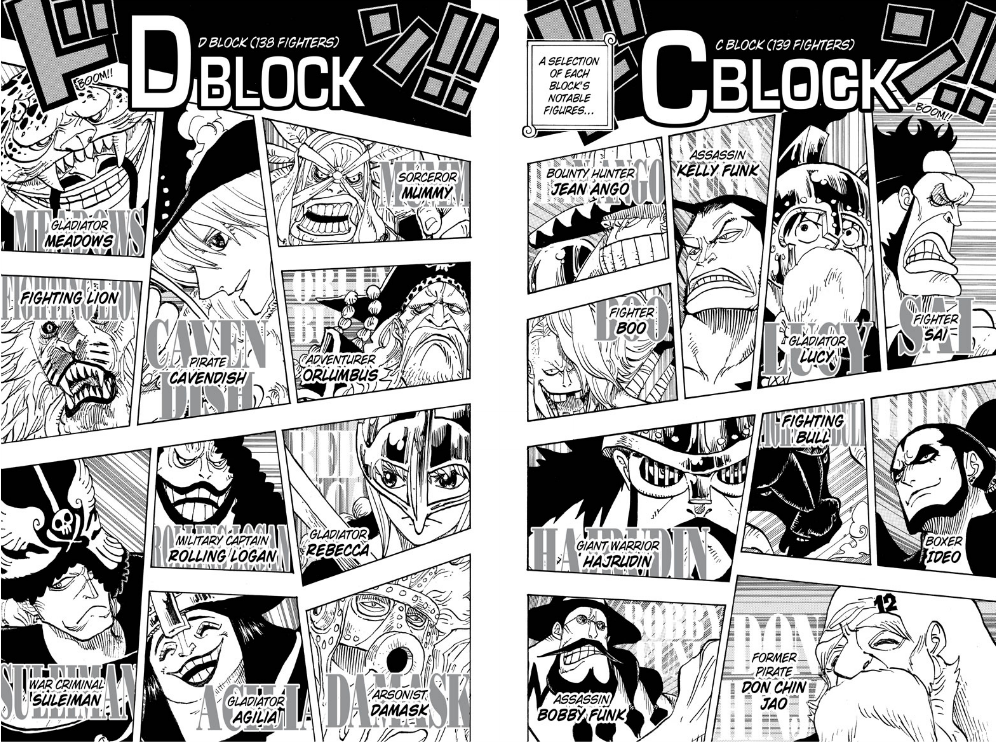 One-Punch Man Ch. 014
Oh Hammerhead, I’m so glad you didn’t die. He makes a great final punch line because he is the opposite of the usual. Instead of someone dying, it’s someone living when they shouldn’t. Sonic’s expression is also the scariest thing I’ve seen all week. That is all. 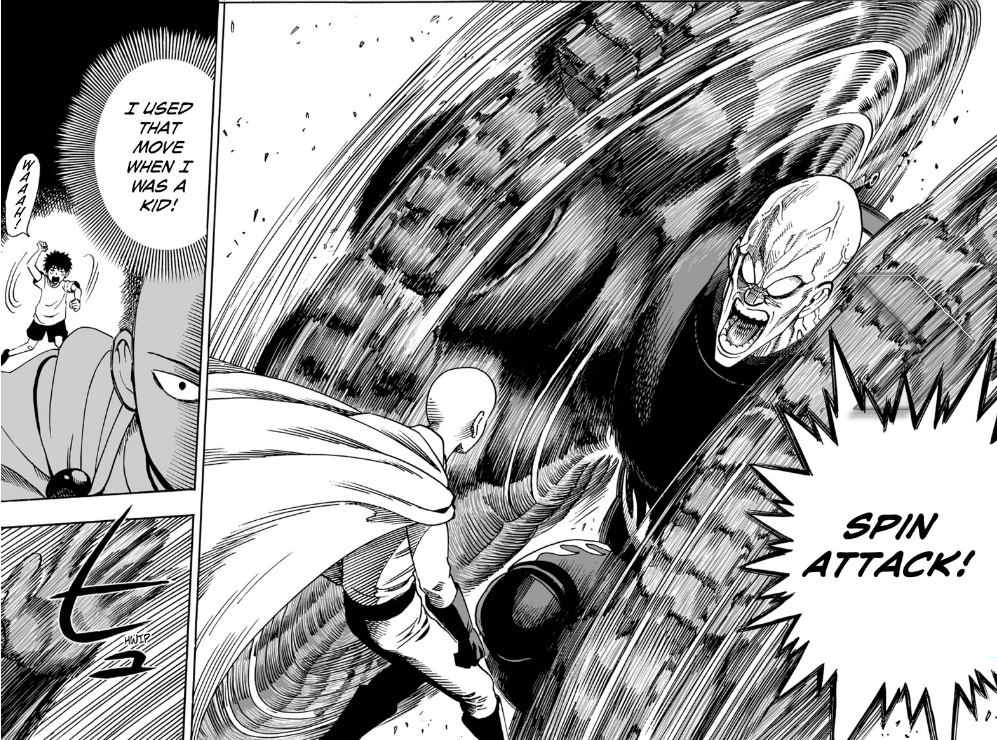 Bleach Ch. 534
While this chapter was not as engaging as the past few chapters have been, I quite liked it compared to the chapters before this flashback. I think it’s because this is a story I’ve been waiting for a long time, but also because it eschews the baggage Bleach has accumulated in the past years. I think Kubo is capable of telling good stories, but he’s overburdened himself with years of continuity. Sometimes you just need a fresh start, and this story is as close to a fresh start as we’re going to be getting for a while.

Nisekoi Ch. 071
When I found myself rating One Piece as the best chapter this week, I realized that I was doing what I had sworn I would not. I was ranking it number one because I always rank it number one. But this week that honor goes to Nisekoi. The setups for the final punchline were all wonderful, and the punchline itself was just hilarious. Every chapter I think I have a new favorite character, and every time I find myself proven wrong yet again. That’s it—just give this series a harem ending, I won’t mind. I can’t pick which girl to root for anymore. 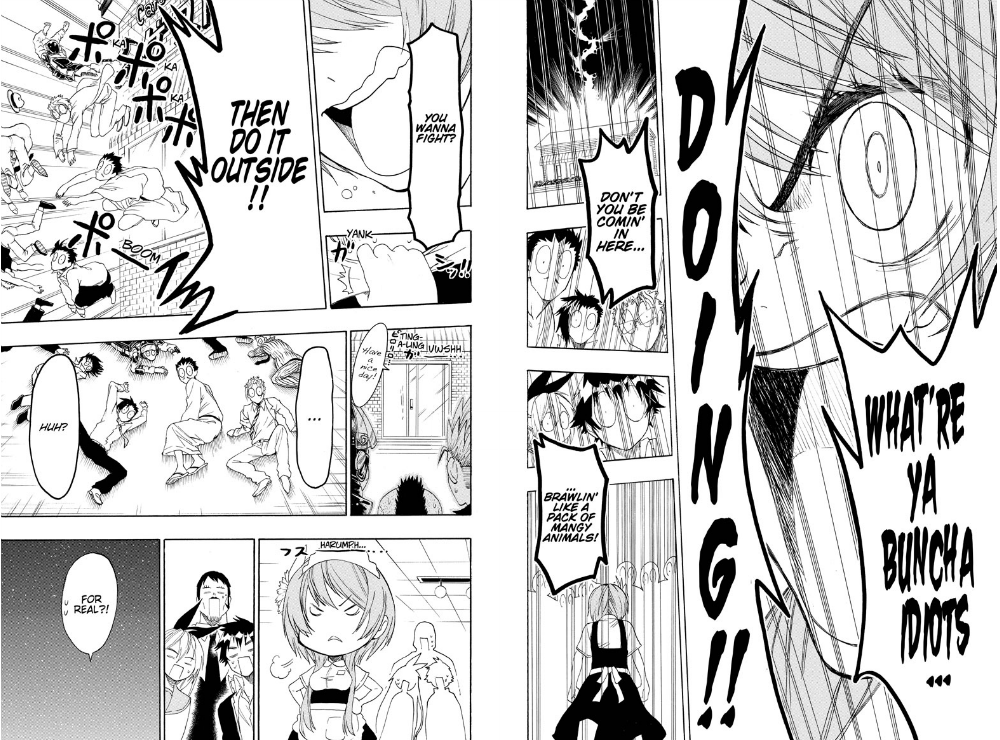 Toriko Ch. 230
This chapter of Toriko was the embodiment of “But wait, there’s more!” in manga. There are so many unexpected reveals and awesome cliffhangers that I can’t focus on one. Nor do I want to give anything away. Let’s just say that an unimportant character from early on in the manga comes back in a big way, and another fairly important character who only showed up once changes sides. And then Zebra. Just Zebra. You think he’s peaked in awesomeness, but then you find out you are once again wrong. 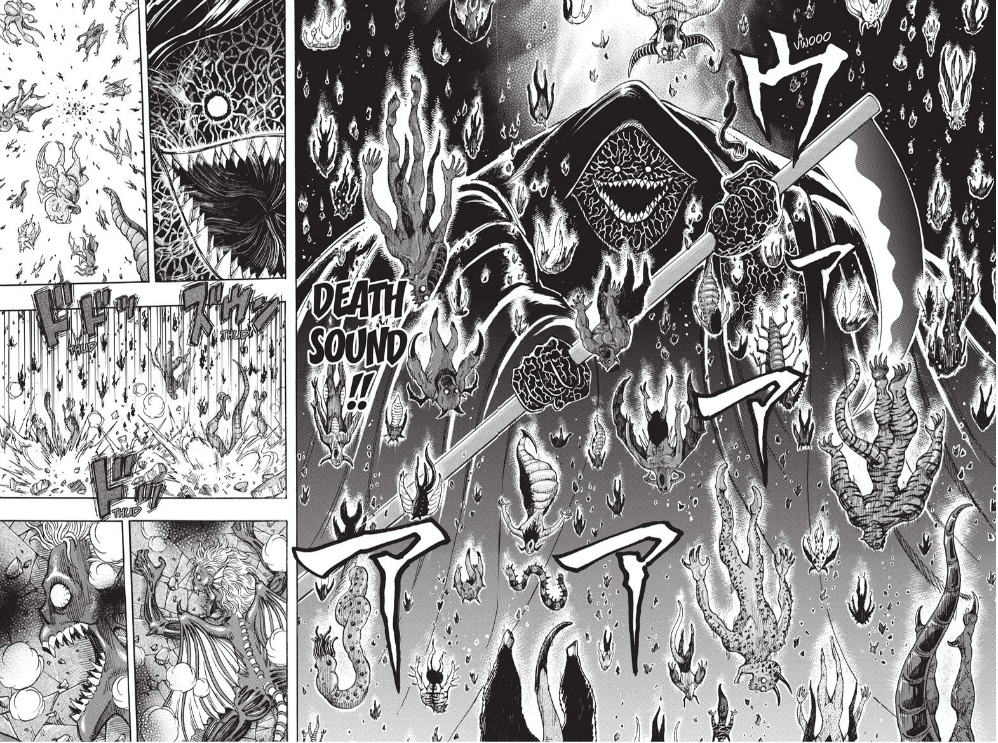 World Trigger Ch. 011
What could have been a pretty major threat, and has been the main threat for the series’ run, turns out to handled in a montage. Now, I wouldn’t be surprised if it turns out there are more gates opening in strange places, because nobody functioning as a writer in any kind of professional capacity could ever possibly make such a basic writing blunder in such a high stakes game. Could they?

We’ll have to wait to see what happens. But hopes are not high. A shame, truly, considering how much I enjoyed the first chapter.

Cross Manage Ch. 030
How does this series keep getting better!? Last week I thought it would be disastrous if Kaito skipped the match. And either he has the most common sense of any writer, or he’s reading my mind. If the latter, please pay attention, Kaito-sensei, I have a few ideas for some omake material. This chapter really showed how good Cross Manage could be as a straight up sports manga. Which just doubles my enjoyment because I already was enjoying it as a character piece. Considering possible upcoming cancellations and series ending their runs I wouldn’t be surprised if Cross Manage lives to fight another day. It better, it’s survived this long and gotten this good that canceling it now would be an abject shame. 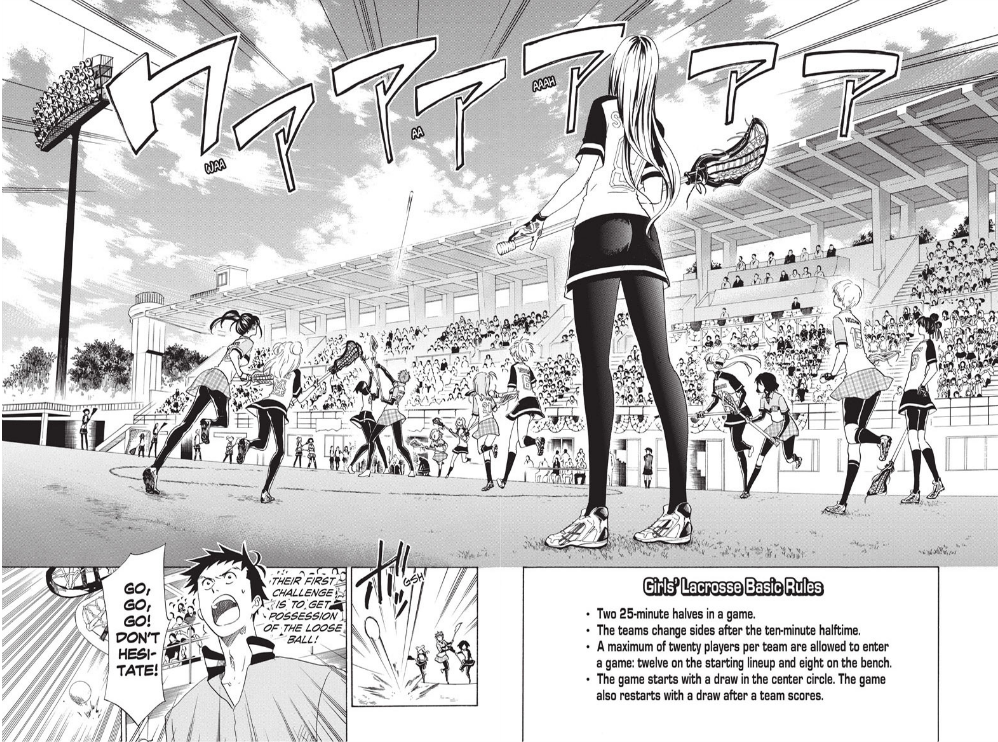 Despite being a short issue, this week’s Weekly Shonen Jump was very strong. Perhaps the lack of Naruto skewed the overall quality. One more week, and then we’re off for Golden Week. I’ll be craving new manga chapters all week, but at least I get to take a break just like the manga authors do that week.

If you want to hear more, check out the Manga^3 Podcast Archives. Or go directly to last week’s episode, Episode 044 – April 15, 2013 – The Naruto Conundrum: Why Do We Hate Sasuke? | Mutant Turtles Gaiden and Super Turtles.