13th Boy, Vol. 10 | By SangEun Lee | Yen Press – I swear, this series just keeps getting better and better. About the only thing keeping it from a perfect score in my book is the occasional obnoxious behavior from protagonist Hee-So, but the well-executed story and character growth more than make up for that. In this volume, Beatrice the erstwhile cactus strives to establish independence (and learns the price Whie-Young pays for using his power), Hee-So does her best to see Beatrice as an ordinary boy with legitimate feelings for her, Whie-Young is given the chance for a normal lifespan if he meets a specific condition, and one of the aspects of that condition falls in to place. This last is a great twist that leaves me honestly rather terrified about what’s in store for these characters in the final two volumes—which I need right now, please—but I wouldn’t have it any other way. – Michelle Smith

Afterschool Charisma, Vol. 5 | By Kumiko Suekane | Viz Media – For most of the series, Kai, St. Kleio’s only “ordinary” student, has remained an enigma. Volume five at last sheds light on Kai’s origins with a lengthy flashback in which he discovers that he, too, is a clone. These scenes bristle with tension; one can feel Kai’s frustration as he struggles to assert his unique identity, in spite of the fact his clone looks and acts just like him. Kai’s backstory serves another important purpose as well, offering several important clues about St. Kleio’s true purpose. Though volume five is one of the most information-dense installments of Afterschool Charisma to date, crack pacing, surprise twists, and a cliffhanger ending make it a swift and engaging read. – Katherine Dacey

Bamboo Blade, Vol. 11 | By Masahiro Totsuka and Aguri Igarashi | Yen Press – The start and end of this volume focuses on the self-doubts and backstory of Saya, the large tsukkomi of our little group of kendoists, and makes you think that this volume will be about the main cast. But just like Vol. 10 focused its attention on Ura and her backstory, here we get introduced to more participants in the television show that Kojiro’s team is going to be doing. There’s not much new here – the jealous actress who realizes that her co-star can outshine her in any athletic event has been seen in manga before this – but it’s still a good mine for humor, especially watching her flip moods and beat the hell out of her manager (and later yell at him for sexism, probably the manga’s best moment). Still, as enjoyable as this has been, and as much fun as Totsuka-san can make things, I’m really ready for the TV show to actually happen. I hope we see it in Vol. 12.-Sean Gaffney

Bleach, Vols. 36-37 | By Tite Kubo | Viz Media – Volume 36 is the best volume of Bleach since the conclusion of the Soul Society arc, as it takes us away from the interminable battle to rescue Orihime from Hueco Mundo and focuses instead on the history of enigmatic Kisuke Urahara and the first, secret betrayal by certain villainous Soul Reapers. Though it would’ve been cooler to have this information ten or fifteen volumes ago, it’s plenty engrossing as it is and even seems to reinvigorate the action when we return to present day. Volume 37 offers more awesome interaction between Orihime and her de-facto warden, and though I still don’t care much about Ichigo, I welcome the chance to see bishounen like Yumichika and Hisagi again, and actually find myself somewhat eager to continue the series. I haven’t felt that way about Bleach in a long time. – Michelle Smith

Dawn of the Arcana, Vol. 2 | By Rei Toma | Viz Media – The tension ramps up in this series’ second volume, as Princess Nakaba becomes more aware of her growing feelings for her new husband, as well as just how deeply those feelings conflict with her loyalty to long-time servant Loki. While this series is shaping up more and more to be another shoujo love triangle, it does have enough genuine intrigue to set it apart from the crowd. This volume also delves further into Nakaba’s preternatural abilities, which are perhaps more interesting than they first appeared. But what really makes this volume work is Nakaba’s inner conflict. Though there’s nothing really new going on there, it’s written from a place of real emotional truth, and that makes this series well worth reading. Toma’s expressive artwork is a highlight as well. Tentatively recommended. – Melinda Beasi

Dengeki Daisy, Vol. 8 | By Kyousuke Motomi | Viz Media – Well, if you thought things would be easily resolved after last volume’s cliffhanger, think again. Kurosaki is quite aware that the message sent to Daisy was a fake – he says so on Page 21. But it doesn’t take much to make a broken soul shatter again, and Kurosaki is determined to remove himself from Teru’s life forever. Teru, after a brief chapter of self-pity and moping, isn’t having any of this, and asks everybody else to explain exactly what happened with Kurosaki and her brother. The explanation is the rest of the volume, and it’s by turns uplifting and crushing, as with most tragic backstories in shoujo. The drawback, of course, is that if you read this manga for the fun romance and humor between its two leads, there is precisely nothing here for you. Read it anyway, it’ll make the eventual reunion, presumably in Vol. 9 or 10, that much sweeter.-Sean Gaffney

Phoenix Wright: Ace Attorney, Vol. 3 | By Kenji Kuroda and Kazuo Maekawa | Kodansha Comics – The main reason for Phoenix Wright fans to pick up this third volume is featured prominently on the front cover – Franziska Von Karma is the prosecutor this time around, and that means a lot of foolish fools and a lot of whip jokes – none better than at the start, where her side job is revealed. In fact, that seems to be a problem with most of these Ace Attorney mangas – the setup is invariably more interesting than the trial. Anyone reading this for the mystery will be disappointed – it’s obvious. Those who read it to see more Phoenix adventures should be pleased – there’s even a few shoutouts to the Apollo Justice game, as Phoenix gets an eerily accurate fortune given to him. There’s also some nice art here, showcasing the dramatic poses and plot revelations in ways the writing can’t quite match up to.-Sean Gaffney

Toriko, Vol. 8 | By Mitsutoshi Shimabukuro | Viz Media – The eighth volume of Toriko offers readers an entertaining respite from hand-to-hand combat, as Toriko and Komatsu visit Chef Setsuno, one of four “gourmet living legends” in the world. Setsuno is a hoot: she’s a demon in the kitchen, dispatching a chicken with ferocious precision, slicing vegetables mid-air, and preparing a broth of such purity that it’s invisible to the eye. Lest anyone confuse Toriko for Oishinbo, however, this pleasant interlude is swiftly followed by an action-packed trip to the Antarctic, where Toriko wrestles sharks, serpents, and evil gourmands for the chance to taste century soup, a dish that only materializes once every hundred years. Subtle it isn’t, but the characters’ goofy antics and goofy powers (“Flying fork!” and “Long-range bazooka breath!” were my personal favorites) mitigate against macho excess. – Katherine Dacey 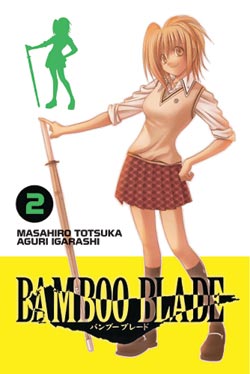