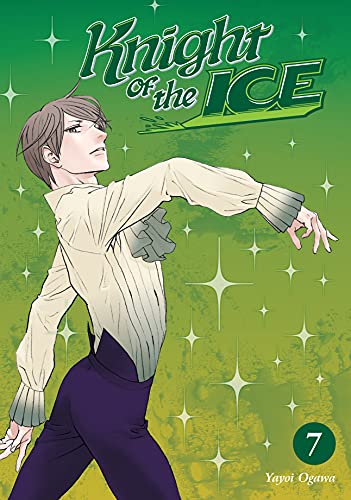 MICHELLE: There’s so much good stuff coming out this week, though most of it new installments in series in which I’m woefully behind. My heart, however, most goes “squee!” at the prospect of getting caught up with Knight of the Ice, so that’s what I’ll go with this week.

SEAN: A lot of good stuff, yes. New Komi Can’t Communicate, new Rose King. That said, I will stay on brand and pick a light novel, I’m the Villainess, So I’m Taming the Final Boss, because I just can’t get enough of this type of story.

ANNA: I’m with Michelle, Knight of the Ice is consistently enjoyable, looking forward to the new volume.

KATE: I gotta admit that I’m not really feeling this week’s list; I’m so behind on Knight of the Ice that I don’t know if I can still recommend it. But if pressed to the wall, I’d throw my weight behind Wave, Listen to Me!, if only because I’m one of those dinosaurs who still listens to the radio.

ASH: I’ll be waiting for the print edition, but Wave, Listen to Me! is such a good choice. As for my pick, I’ll be going with Requiem of the Rose King as I still cannot resist its sensuous drama. (Not that I’m trying to resist it…)

MELINDA: Hello, there is a new Requiem of the Rose King and that’s the end of the selection process for me. Yep.