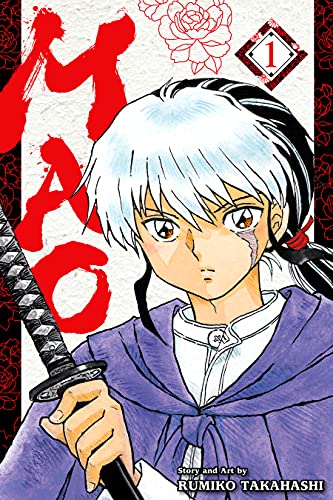 ASH: While I haven’t read everything by Rumiko Takahashi available in English, I have enjoyed everything that I have, so this week I’m particularly looking forward to giving the debut of Mao. The manga also has the advantage of at least partly taking place in Taishō period Japan, a setting which seems particularly well-suited for supernatural horror. (At least it worked for Nightmare Inspector!)

SEAN: Despite the fact that Rumiko Takahashi has tended to do a lot of the same sort of thing lately, I’ll pick Mao as well. Sometimes you want McDonald’s.

MICHELLE: I’m definitely going to check out Mao, but I am really looking forward to another heartwarming installment of A Man and His Cat. I think I’ve gotta make that my pick this week.

KATE: At the risk of being predictable, I’m throwing my weight behind Mao, too, and crossing my fingers that it’s a worthy successor to Mermaid Saga and InuYasha.

MELINDA: I’m a bit hit or miss with Takahashi, but Mao really does sound like it could be a hit with me. So I’ll jump on this bandwagon as well!