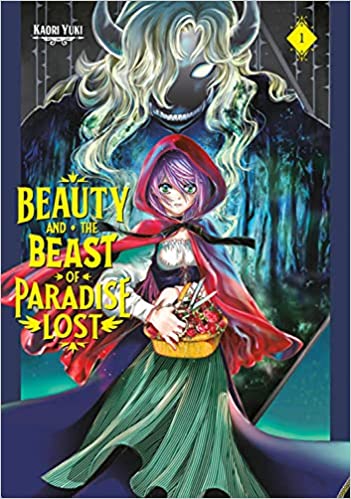 KATE: Oh man… I don’t even know where to start. I’m morbidly curious about Kaori Yuki’s latest series Beauty and the Beast of Paradise Lost, even though I know that it’s probably a fever dream of non-consensual relationships, lurid plot twists, and wackadoo costumes. I keep putting it in my Amazon cart and removing it because deep down, I know it’s probably bad. Two titles I did pre-order, though, are the latest installment of Asadora!, a twisty, suspenseful story with a plucky female lead, and the second volume of What’s Michael?, a wonderfully weird and funny collection of cat comics.

SEAN: It’s a VERY nostalgic week all around, so I will pick What’s Michael? this week, because it’s so strange, and because buying it might mean Club 9 if we wish hard enough.

ANNA: I am also not sure if I’m actually going to read Beauty and the Beast of Paradise Lost but I will make it my pick just as a nod to Kaori Yuki’s chaotic energy.

MICHELLE: Although I’m also planning to read Asadora! and What’s Michael? at some point, and have at least some interest in Kaori Yuki, this week I’ll buck the trend and pick the manga adaptation of The Decagon House Murders. I’m a big mystery buff and the novel’s been on my to-read list for years, so I’m really looking forward to this one.

ASH: In addition to the latest Junji Ito manga, I’m interested in everything that everyone else has mentioned so far, but what I’m most curious about this week is Megumi Hayashibara’s The Characters Taught Me Everything now that it’ll be available in print.

MELINDA: I’m going to admit that chaotic energy is basically my kryptonite, which means there’s no way I can resist Beauty and the Beast of Paradise Lost. If I can’t have anything new from my favorite agent of chaos, Yun Kouga, at least give me Kaori Yuki.