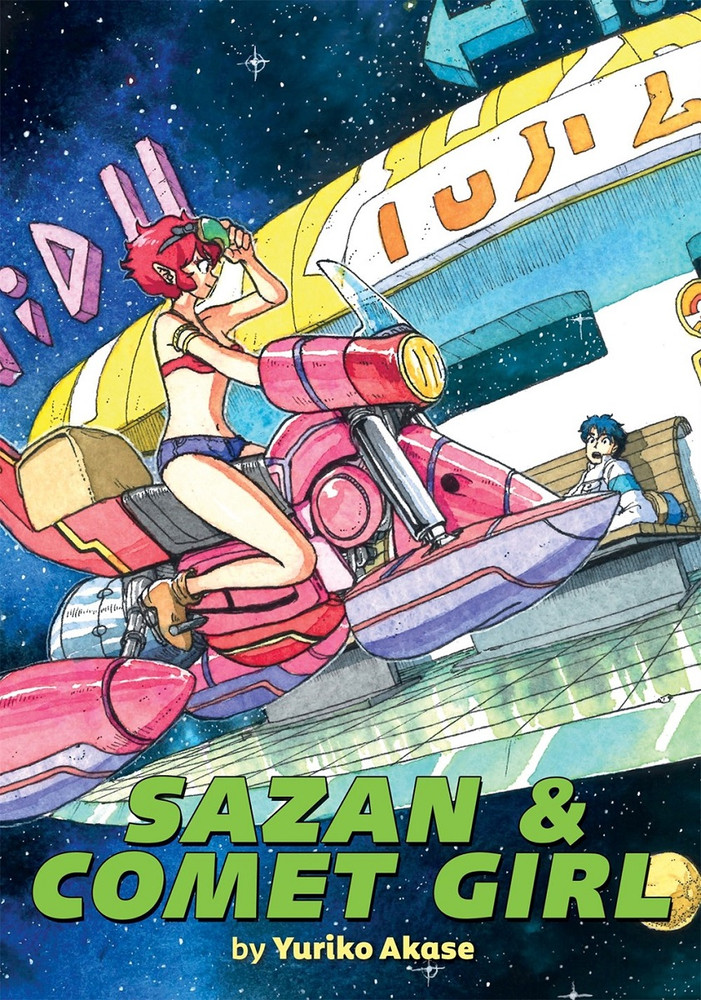 SEAN: A lot of my ‘mid-tier’ series are out this week, so its hard to have a pick. I guess I’ll go with Fiancée of the Wizard, because shoujo isekai have been pretty good lately.

KATE: Oof–this is one of those weeks where there’s so much choice I’m a little paralyzed! I’m excited for new volumes of Drifting Dragons and Wave, Listen to Me, but I’m also intensely curious about Sazan and Comet Girl (Sazan to Susei no Shoujo), a done-in-one sci-fi series that’s in… wait for it… color. So if I had to whittle down my list to one book, it would be Sazan and Comet Girl.

ASH: I’m definitely interested in Sazan and Comet Girl, but I’m holding out for the print edition. So, Wave, Listen to Me! will be my go-to manga this week, although I’ll admit to being intrigued by the debut of Fiancée of the Wizard and its pretty cover.

ANNA: Like Ash, I’m curious about Sazan and Comet Girl, but Wave, Listen to Me! is also my pick!

MICHELLE: I’m happy Wave, Listen to Me! is coming out in print, and Sazan and Comet Girl looks neat, but I’m most looking forward to the thirteenth volume of Waiting for Spring, in which the main storyline concludes. It’s a quiet sort of shoujo series that hasn’t made many waves and though I don’t expect any dramatic twists in the final volume, I like these characters and want to see how things wrap up for them.

MELINDA: Even with so much to choose from, I’m struggling to make a pick this week. But I think I’ll go along with Kate in choosing Sazan and Comet Girl, which was, for me, the most intriguing item on this week’s list!