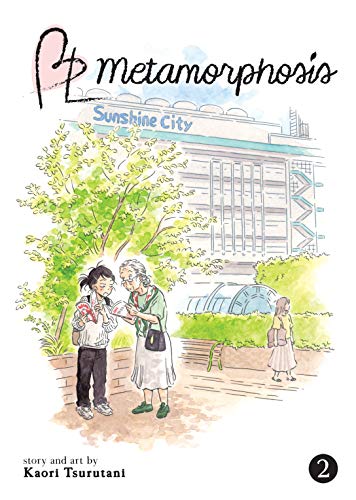 SEAN: It’s a relatively quiet week this week, and none of the debuts interest me (Shaman King’s been delayed anyway). As such, I’ll be picking the 2nd volume of BL Metamorphosis, a sweet and charming series that I definitely want to read more of.

KATE: I second Sean’s recommendation! I thought the first volume of BL Metamorphosis was one of the best things I’ve read this year: it’s warm and funny, but also surprisingly moving in its depiction of the budding intergenerational friendship between Ichinoi and Urarara. BL Metamorphosis also scores points for taking the women’s interest in BL seriously, rather than playing it for cheap laughs or portraying them as a pair of out-of-control fujoshi who are shipping men left and right.

MICHELLE: I haven’t yet read the first volume of BL Metamorphosis, and thus picking the second feels somewhat disingenuous, but since the alternative is once again proclaiming my love for sports manga, I will add my voice to the chorus.

ASH: You are in for an absolute treat, Michelle! I don’t think I can phrase it better than Kate already has, but BL Metamorphosis has likewise been one of the best manga series I’ve read recently and certainly one of my favorites.

MELINDA: I’ve still failed to acquire the first volume of BL Metamorphosis, but I know I would love it. So I’m making the second volume my pick for the week, just based on that certainty and the testimony of my colleagues!

ANNA: I’m with Melinda and everyone else!