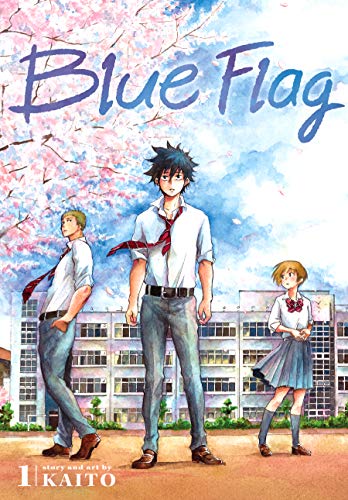 KATE: While I can’t speak for everyone, I think it’s a safe bet that every member of the MB Battle Robot will be buying the first volume of Blue Flag, as it’s the kind of manga all of us like: a juicy, character-driven drama with crisp artwork. So my pick is Blue Flag. I dare the rest of the crew to prove me wrong!

MICHELLE: I’ve tried not to learn too much about Blue Flag to avoid spoilers but everything I have heard sounds fantastic, so I am enthusiastically waving its banner this week.

SEAN: Blue Flag, smilin’ at me, nothing but Blue Flag do I see…

ANNA: What is this I hear about Blue Flag???

ASH: I think a few of us (myself included) are excited for its release! Blue Flag is my pick, most certainly!

MELINDA: There’s a title coming to me… what is it? Something like Blue Flag, whatever that means. Yes, Blue Flag.