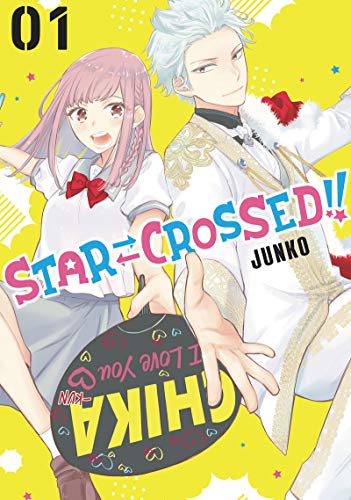 MICHELLE: I am a little wary of Star⇄Crossed!!, since the creator’s other series to be licensed here was not my thing, but its wacky premise has undeniable appeal in these dark days. I hope I love it.

SEAN: I’ve been enjoying J-Novel Club’s line of shoujo light novels even more than I expected to. As a result, the series I’m most looking forward to this week is the debut of The White Cat’s Revenge as Plotted from the Dragon King’s Lap, which if nothing else has KITTIES!

KATE: Any manga that has Erica Friedman’s endorsement is automatically on my must-read list, so my vote is for The Conditions of Paradise.

ASH: I’m certainly interested in everything that’s been mentioned so far, but my pick this week goes to the second volume of Toilet-Bound Hanako-kun with it’s quirky characters and interesting takes on yokai.

ANNA: I’m throwing in with Michelle and picking Star⇄Crossed!! too!

MELINDA: While I’m very much interested in The White Cat’s Revenge as Plotted from the Dragon King’s Lap, I’m going to have to go along with Anna and Michelle this week. Star⇄Crossed!! looks like everything I need to battle the social-distancing blues!