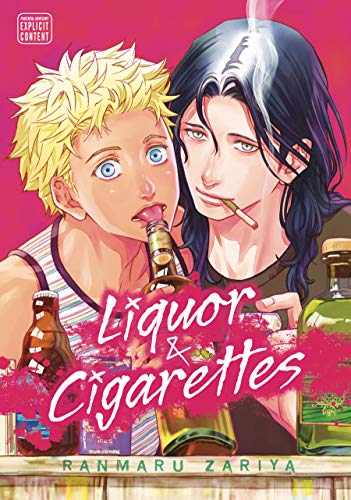 MICHELLE: There are several volumes of sports manga coming out this week, which delights me to no end. I will happily read all of them, but my pick goes to the one with a premise slightly different from the rest. Giant Killing, that means you. In this seinen title, we’re dealing with a pro soccer club, not a high school team, and I’m loving it.

SEAN: Speaking of sports manga, will the race that can never end finally end in this Yowamushi Pedal? It’s my pick for this week.

KATE: We’re still six or so weeks out from Lent, so my pick is Liquor and Cigarettes.

ASH: As it appears Yowamushi Pedal is covered, I’ll make Legend of Zelda: Twilight Princess my pick this week. This adaptation has been a bit more involved than Himekawa’s other Zelda manga; I’ve been enjoying seeing the team’s skills applied to a longer series.

ANNA: There’s not a ton that appeals to me this week so I’m going to trust Kate’s manga instincts and pick Liquor and Cigarettes as well.

MELINDA: I’m pretty much exactly where Anna is this week, so I’ll also go along with Kate! Liquor and Cigarettes it is!