Welcome to July 2013, and the newest installment of the Manga Moveable Feast, the manga blogging community’s ongoing conversation about the medium we all love. Each month, a single series, creator, or topic is chosen for a week-long discussion across the entire community.

This month’s feast will run from Sunday, July 14th through Saturday, the 20th, featuring the works of Yun Kouga, and hosted here at Manga Bookshelf.

Though Yun Kouga has enjoyed popular success here in North America, particularly with her BL-tinged shoujo fantasy, Loveless, her pretty-boy sensibilities and predilection for writing in stereotypically “trashy” genres have caused her rather spectacular talent with characterization to remain largely overlooked. Though Kouga’s works can feel messy and chaotic at the start, this messiness is essential to her characters and their relationships, each of which is rooted in a level of emotional truth rare in any kind of storytelling. I’ve often said that “there is no train wreck I love more than a Yun Kouga train wreck,” and I’m sure I’ll say it again. Her ability to explore her characters’ deeply human contradictions and, more to the point, her readers’ is second to none. 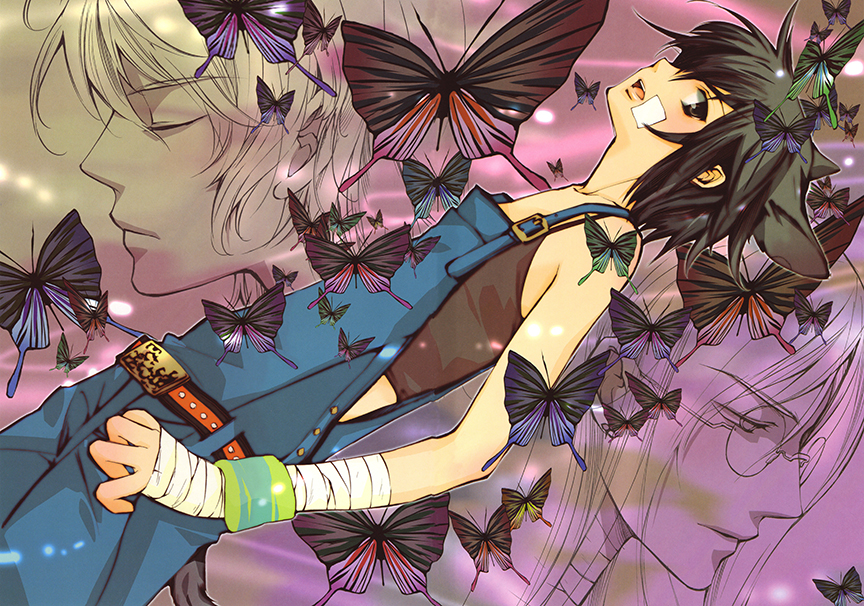 Over the course of the week beginning July 14th, I’ll be writing about my own love affair with Kouga-sensei’s idiosyncratic writing, but whether you’re a fan, an anti-fan, or somewhere in-between, you’re invited to join in! No blog? No problem! Send me your submissions by email anytime between the 14th and 20th, and I’ll post them on your behalf. There is no end to the creativity encouraged by the MMF. Please explore the works of Yun Kouga in any way you choose, including anything from straight-up reviews, roundtables, or essays to a video of your Kouga-inspired interpretive dance. All submissions and all participants are welcome!

I will post an introduction to the Yun Kouga MMF on Sunday, July 14th, including a link to the Feast’s archive page and instructions for notifying me of your submissions. In the meantime, feel free to send links to older pieces to melinda@mangabookshelf.com for inclusion in this month’s archive.