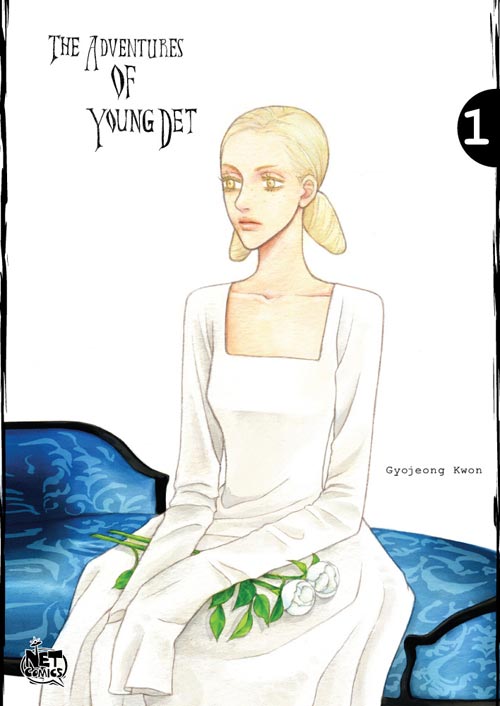 Hello Manhwa Monday readers! This week’s featured review comes from Kate O’Neil at Mania.com, where she takes a look at volume one of Gyojeong Kwon’s The Adventures of Young Det, published in English by NETCOMICS.

The unusual thing about this series, as the reviewer notes, is that the first volume is very clearly a prologue which does not yet feature the series’ main characters. “Hopefully, this isn’t wasted time and some of this information will prove important later in the story.” For the most part her comments are positive. “It sketches a well thought out fantasy world…” she writes. “It’s a refreshing change of pace for fantasy readers, and it’ll be interesting to see where the story leads.”

I first became aware of this series via Michelle Smith, who listed it as one of her favorite manhwa of 2009. Check it out in print, or online at NETCOMICS.com.

The big news involving a manhwa artist last week was Yen Press’ announcement of the impending release date of their new Twilight graphic novel, illustrated by Korean artist Young Kim. Though the release is not exactly news, Yen also offered a first look at the book’s cover as well as a sample page. In addition, EW features a ten-page preview in their print edition, just released this Friday.

A tidbit from Korea: Dramabeans reports that popular fantasy film “Jeon Woo Chi” is being made into a manhwa series, to be released first online by subscription and eventually in print.

Reviews this past week were sparse but meaty. First, Manga Critic Kate Dacey reviews volume one of Raiders (Yen Press). Danica Davidson looks at volumes one through six of Dokebi Bride (NETCOMICS) at the Graphic Novel Reporter. Finally, here at Manga Bookshelf, I discuss both volume eight of Comic (Yen Press) and volume two of the newly re-translated Full House (NETCOMICS).

That’s all for now!