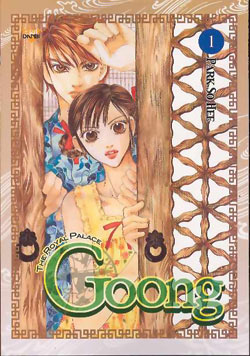 Last week at Manga Bookshelf, I invited some friends to help me build a list of our Favorite Manhwa of 2009. Now, to start the year off right, I’m giving away one copy of the first volume of the most popular manhwa on that list, Goong: The Royal Palace. If you’ve not yet been bitten by the manhwa bug, or if you just haven’t gotten around to this addictive girls’ manhwa from Yen Press, here’s your chance!

Just leave a comment to this entry and you’ll automatically be entered in the drawing! You may also enter by sending an e-mail to melinda@mangabookshelf.com with the subject line: “Goong.” The winner will be announced in next week’s column. Note: You must be age 13 or older to enter. 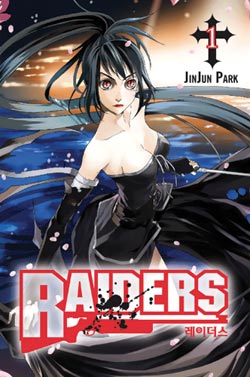 My featured review this week is actually a featured series. Volume one of JinJun Park’s Raiders (Yen Press) hit the shelves last month, and the reviews are pouring in. At ICv2, Eva Volin says, “Everything about Raiders is over the top … but if the reader is willing to let go and roll with the story, there is also much here to enjoy.” Michelle Smith at Soliloquy in Blue calls it “fast-paced and intriguing” with “dark and gritty” artwork, better than she expected from a “zombie action title.” At About.com, Deb Aoki praises the volume’s “stunning” (if overdone) artwork, summing up thus: “With its satisfying balance of plot and action, Raiders does what it does pretty well.” Only Susan S. at MangaNews.net seems wholly unsatisfied, describing Raiders as “series of stylish but shallow vignettes.” 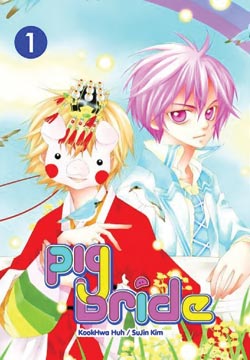 Speaking of Yen Press, one of the holidays’ most interesting exchanges took place between manga critic Kate Dacey and the company’s co-founder Kurt Hassler, over Kate’s inclusion of Yen Press manhwa Pig Bride in her 2009 Manga Hall of Shame. In an unusual move, Kurt responded with an impassioned post at the Yen Press blog, defending the series against accusations of misogyny and “hyper-stylized” artwork, among others–even citing the opinions of other reviewers to back up his points. Remarkably civil conversation ensued between Kate and Kurt in comments, with neither backing down from her/his stance, though it’s worth mentioning that fellow critic Ed Sizemore did speak up in comments to object to Kurt’s use of an Anton Ego quote (dismissive of critics) at the beginning of his post.

In less dramatic news, Kristin at Comic Attack interviewed Dark Horse Comics’ Director of Asian Licensing Michael Gombos about DH’s manga and manhwa titles, which includes quite a bit of discussion regarding manhwa specifically. Meanwhile, Animerated features “Manhwa – the Korean manga. A short look” which is interestingly very heavy on Dark Horse titles. Back at The Manga Critic, Kate Dacey looks at last week’s comics haul, naming Yen Press’ One Thousand and One Nights as the week’s big winner.

That’s all for this week! Don’t forget to enter to win volume one of Goong!