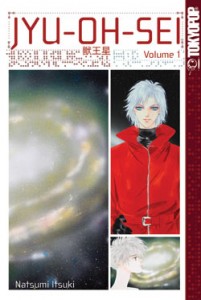 In the year 2346 A.D., humans have colonized the Vulcan solar system, a region so inhospitable that the average life span is a mere thirty years. Rai and Thor, whose parents belong to Vulcan’s ruling elite, enjoy a life of rare privilege — that is, until a political rival executes their parents and exiles the boys to Kimaera, a penal colony reserved for violent criminals. To say Kimaera’s climate is harsh understates the case: daylight lasts for 181 days, producing extreme desert conditions and water shortages, while nighttime plunges Kimaera into arctic darkness for an equal length of time. Making the place even more treacherous is the flora, as Kimaera’s jungles team with carnivorous plants capable of eating humans whole.

On the planet’s surface, Rai and Thor discover a tribal society based on physical strength and skin color. Four tribes, or “rings,” as they’re known, provide their members food and protection from the extreme climate, but there’s a catch: each person must prove himself strong enough to defend the ring from encroachment by rival factions. The strife within rings is mirrored in the uneasy relationship among the tribal leaders, a motley assortment of criminals, ex-military men, and native Kimaeran women. The ring leaders compete to become the Beast King, Kimaera’s official representative in the Vulcan government and the only person allowed to leave the planet’s surface.

Sensing an opportunity to upset the uneasy truce that exists among the Blanc, Noir, Ochre, and Sun Rings, several unscrupulous figures encourage Thor to fight his way up the ranks to become the Beast King — his best (and perhaps only) opportunity for escaping Kimaera and finding out why his parents were murdered. Aiding him is Tiz, a tough, resourceful Kimaeran girl who wants Thor for a mate. (In a nice change of pace, women choose their partners, a request men can’t decline.)

Natsumi Itsuki does a superb job of world-building in volume one, striking the right balance between exposition and action. The plot twists come fast and furious, but they feel like a natural outgrowth of the situations the characters find themselves in, rather than an arbitrary decision to move the story in a particular direction. Only in the third and final volume do things begin to fall apart; the first hundred pages are filled with talking heads explaining Kimaera’s true purpose (hint: it involves evil scientists), revealing Thor’s identity, and waxing philosophic about whether mankind should be allowed to become extinct. Perhaps sensing that the story was beginning to sag under the weight of its own pretentiousness, Itsuki then stages a lengthy, exciting battle that pits Thor against those infamous, man-eating plants and a super-computer of HAL-like malevolence. 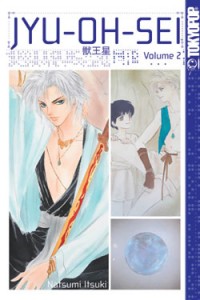 Though the story is well-executed, the artwork is something of a disappointment. Itsuki goes to great pains to create a diverse cast — a task at which she’s generally successful — but her character designs are generic and dated; I’d be hard-pressed to distinguish the Kimaerans from, say, the cast of RG Veda or Basara, as they boast the same wind-swept hairstyles and linebacker shoulders found on Yasha-o and The Red King. (Itsuki also struggles with skin color; her dark-skinned women bear an unfortunate resemblance to kogals, thanks to Itsuki’s clumsy application of screentone.) Itsuki’s fight scenes register as scratchy messes, thanks to her over-reliance on speedlines and trapezoidal panels. The third volume, for example, consists of several lengthy scenes of hand-to-hand combat in which all of the action is suggested by superimposing horizontal lines on close-ups of contorted faces; we never get a clear sense of where the characters are standing in relation to one another, nor do we always have a clear sense of where the action is unfolding.

Tokyopop has done a good job of presenting Jyu-Oh-Sei. The manga was originally released in five volumes; Tokyopop wisely repackaged the story in omnibus format to allow Jyu-Oh-Sei‘s lengthy and complicated story arcs to unfold without significant interruption. The translation is clear and idiomatic, even when the characters are called upon to speak in unadulterated Science Fiction. (As in flux capacitor, rift in the space-time continuum and warp speed.) The only downside to Tokyopop’s presentation is the paperstock: as many readers have observed, it’s thin and greyish, like newsprint, and allows images to bleed through the page.

Aside from a third-act detour into sci-fi pomposity, Jyu-Oh-Sei is a solid, entertaining read: think B-movie in manga form. Like Invasion of the Body Snatchers and District 9, Jyu-Oh-Sei addresses social taboos — race, gender roles — and scientific issues — genetic engineering, environmental devastation — while serving up generous portions of what audiences crave: action, romance, monsters, explosions. Best of all, Jyu-Oh-Sei comes in a neat, three-volume package that’s long enough to allow for world-building and character development but short enough to stay fresh and surprising until the end. It’s the perfect summer escape, minus the sticky floors, endless previews, and seven dollar buckets of popcorn.

This review is an expanded version of an earlier review posted at PopCultureShock. My original review of volume one can be found here.

Review copy of volume one provided by Tokyopop.