Last week was one of Experiments in Manga’s slower weeks, but there was still some good stuff to be had, if I do say so myself. First up was the announcement of the Battle Angel Alita Giveaway Winner, which also includes a list of some of the cyborg manga available in English. Next came March’s Bookshelf Overload, which was not nearly as an absurd month for preorders as April will be for me. Finally, we get to the really good stuff. The honor of the first in-depth manga review for April goes to Inio Asano’s Nijigahara Holograph, one of my most highly anticipated releases for 2014. It’s a dark and disturbing work, but also very beautiful. Probably one of the best comics that I’ve read so far this year.

As for a few thing found online: Kim Hoang translated an interview of Kaoru Mori from the French site madmoiZelle. Sean Gaffney at A Case Suitable For Treatment investigates some of Japan’s recent manga bestsellers with an eye towards license requests. Akira Himekawa, the creative team behind the various The Legend of Zelda manga, will be featured guests at the Toronto Comic Arts Festival in May. The most recent Mike Toole Show takes a look at the three incarnations of To Terra… (or Toward the Terra), originally a manga by Keiko Takemiya. And last but not least, I was very excited to see that the Manga Connection blog has been rebooted! (Which reminds me that I really need to do some cleanup and maintenance on my resources page…)

Bad Teacher’s Equation, Volumes 2-3 by Kazuma Kodaka. While I wasn’t blown away by it, I did enjoy the first volume of Bad Teacher’s Equation well enough to track down the rest of the boys’ love manga. I had heard that the series gets better as it goes along, but surprisingly enough, so far I think I actually prefer the slightly more absurd first volume. I seem to like Bad Teacher’s Equation best when it is being particularly ridiculous. The more obviously comedic aspects of the series work better for me than when the story takes a more serious turn. I was also happy to see the feelings that Masayoshi held for his brother Masami dealt with fairly quickly so that the series’ focus could turn elsewhere. The dynamics of that particular relationship were probably the least interesting in the entire series. One of the things that Bad Teacher’s Equation really has going for it is the manga’s large ensemble cast–their interactions can be very entertaining to watch. And as a result, there’s actually some legitimate character development to be seen, too. 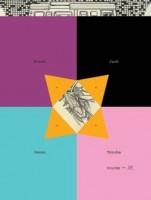 Black Jack, Volumes 10-13 by Osamu Tezuka. Because of Tezuka’s Star System, it’s not uncommon to encounter a character from another of his series in a different role. Due to that, I was particularly looking forward to the story “Ashes and Diamonds” collected in the tenth volume of Black Jack because it features Hyakkimaru in the role of Dr. Hyakki. (Hyakkimaru is from Dororo, one of my favorite Tezuka manga.) These volumes also reveal more about Black Jack’s unfortunate family situation. According to an editor’s note in the eleventh volume, the edition of Black Jack upon which Vertical’s release was based was initially intended to be a “best of” collection. However, it proved to be so popular that, excepting for a few stories which were deemed objectionable or inappropriate in some way, the edition became a complete collection. In the past I’ve mentioned that I generally prefer the more realistic scenarios in Black Jack, but I’ve come to really enjoy the more fantastical chapters as well. On occasion, aliens, ghosts, and the supernatural all have their own part to play in the series.

Dictatorial Grimoire, Volume 2: Snow White by Ayumi Kanou. I was intrigued by the first volume of Dictatorial Grimoire. It was a mess, but it was a fun mess. I was less enamored with the second volume, though I do still plan on reading the third and final installment in the series. The story in Snow White is still a mess. This time though, for whatever reason, I found it to be more frustrating than entertaining. So much of Dictatorial Grimoire makes very little sense and Kanou relies heavily on standard tropes and character types. Because of this, the story developments don’t really come as a surprise and readers are left to fill in the actual details themselves as Dictatorial Grimorie progresses from one expected plot point to the next. As might be assumed from the subtitle, Snow White features heavily in the second volume. Sadly, his bustier does not. He does, however, gain a pair of glasses for all of those megane fans out there. (Yes, that would include me.) I also do appreciate that Hiyori, though she’s portrayed as somewhat brainless, is very competent and dependable when it comes to a fight.

Shinobi Life, Volumes 1-6 by Shoko Conami. Shinobi Life was originally created as a one-shot story but ended up being developed into a thirteen-volume series, seven of which were released in English by Tokyopop. The transition from what was supposed to be a standalone story into an ongoing series is awkward. Story elements are dropped or forgotten (in some cases actually for the better) as the plot is forced into something that wasn’t initially planned. In general, Shinobi Life is a manga that I like much better in concept than I do in execution, although it does improve greatly as the series progresses. I specifically like the time travel elements. However, I’m much fonder of the series when it’s dealing with the past than I am of its contemporary storyline. The art, though not especially original, is pretty, too. All of the adults in Shinobi Life are despicable, so it’s probably not too surprising that the teenage leads have significant personal issues to deal with; their parents don’t make particularly good role models.