The phrase “gothic reverse harem vampire shoujo manga,” is jam-packed with many plot tropes and Rosen Blood certainly manages to be all of those things. I might wish for slightly more character development, but I found myself sufficiently diverted by all the vibes this manga serves up. The manga opens with heroine Stella Violetta waking up in a luxurious bed with a handsome man with slightly outsized canines introduces himself as her host, Levi-Ruin. Stella was on the way to take up a position as a maid after her sister died and she’s completely destitute. She begs Levi-Ruin to let her work in his mansion and he promptly takes her on a tour. 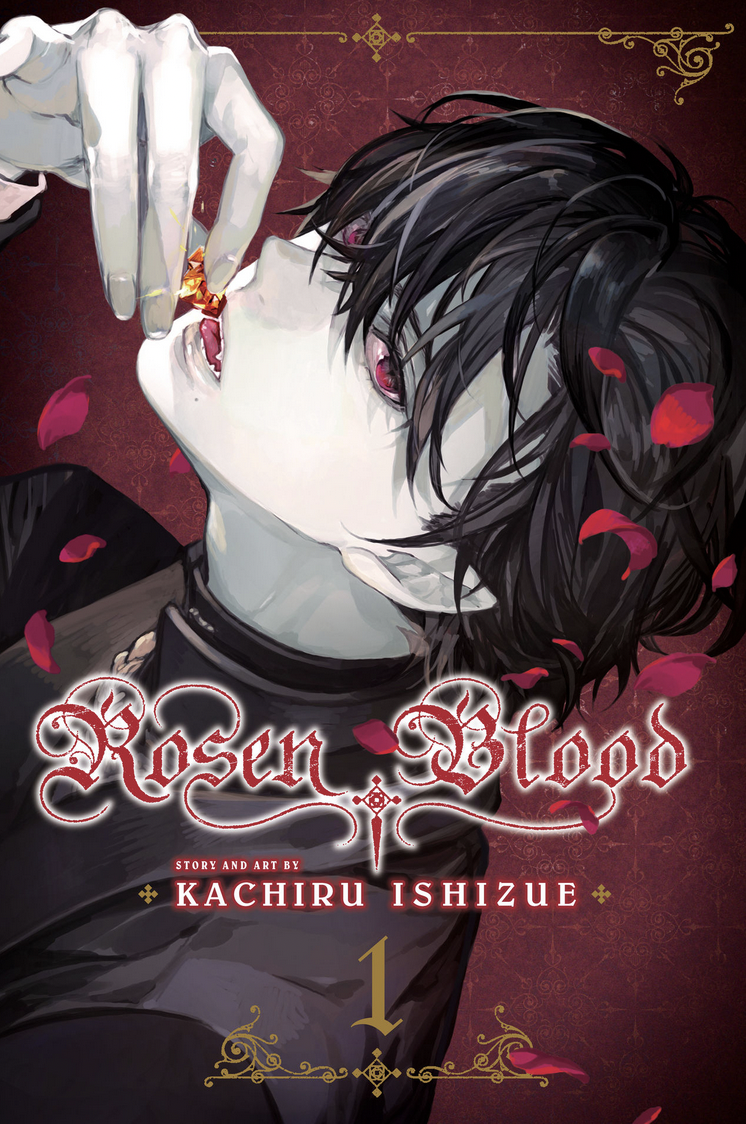 Levi-Ruin’s house is inhabited by a number of men with outsized canines. There’s Friederich, who is flirty and a bit handsy, the exceptionally pretty Yoel, and the nearly psychotic Gilbert. Levi-Ruin warns Stella that she can’t go outside because the estate is surrounded by a forest of thorns, and she’s not supposed to go into the basement. It takes Stella quite a bit of time to figure out what might be happening, even with Gilbert exclaiming over her “elegant, pulsing veins…” But I suppose most gothic heroines wouldn’t automatically assume the worst when they head into a life of servitude in a creepy yet luxurious mansion. The art in this series is delicate and well-executed to produce plenty of surreal and emotionally overwrought scenes as Levi-Ruin and his companions struggle with having a human in their midst. If you enjoy spooky romances, Rosen Blood packs plenty of atmosphere into one volume. I’d like to see a bit more complexity in Stella’s personality, but I enjoyed the first volume and I’m curious to see where the story goes.