Moriarty the Patriot Volume 1 by Ryosuke Takeuchi and Hikaru Miyoshi

I was intrigued by the concept of Moriarty the Patriot, because I was curious how the manga would flip Moriarty from being the antagonist into being the protagonist of his own story. It turns out that Moriarty has an intrinsically sympathetic goal – full scale class warfare! This first volume details how the evil mastermind Moriarty is adopted into a family of nobles, with a slightly sociopathic older brother named Albert who is determined to wage war against the nobility with the benefit of his younger brother’s genius. 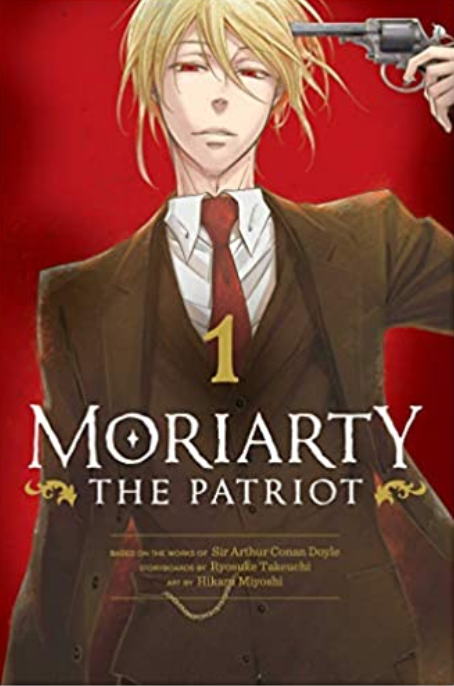 The chapters in this first volume often involve an episodic approach to plot, with Moriarty intervening in the lives of people who’ve been taken advantage of by so-called nobility. His focus on revenge is certainly satisfying, and by the end of the volume, he’s surrounded himself with a core group of companions who are similarly bent on striking back against the British class system. 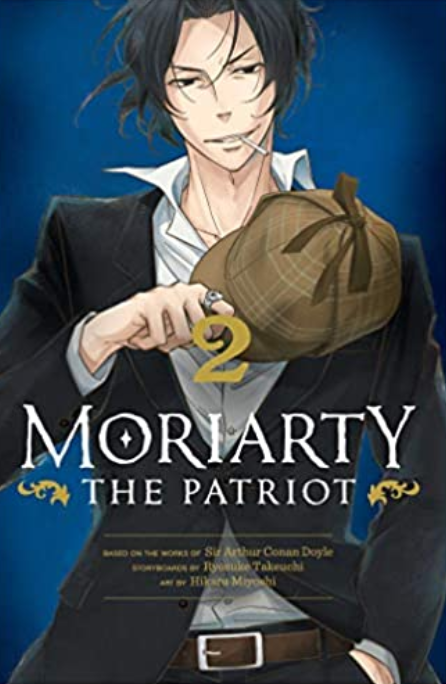 I found this second volume a little less interesting because it had more of the expected story beats that I’d assume would show up in a Holmes adaptation. I was a little disappointed that there wasn’t more Moriarty in this volume. Here the reader sees Takeuchi’s version of Holmes meet Watson and figure out how to deal with his landlady Mrs Hudson. While it was enjoyable, there wasn’t as much dramatic tension because other than his lower class affectation, Holmes is pretty much what one would expect. As Holmes hurdles into his next case, I’m curious to see if he’s going to be at odds with Moriarty once more, and I’m looking forward to seeing what will happen when they start clashing over cases involving spectacularly murdered noblemen.