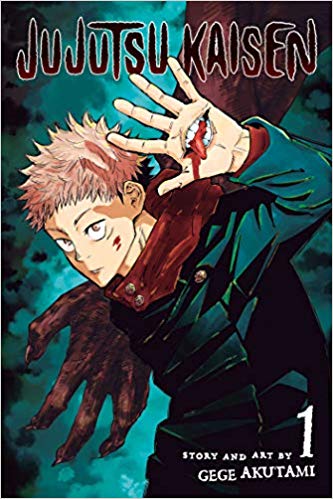 In an essay for The Nation, author Viken Berberian explains how manga became one of the world’s favorite forms of entertainment. He notes that in 2021, “manga made up 76.1 percent of overall graphic novel sales in the adult fiction category in the United States,” and almost a quarter of the overall French book market. And while I might quibble with some of his historical points–Moto Hagio is clearly a pioneer, but not “the mother of shojo manga”–my bigger concern about the article is tone. There’s a strong undercurrent of condescension in his prose, as he bemoans the fact his tweenage sons would rather read Jujutsu Kaisen than The Metamorphosis, and reassures the reader that “the hegemony of manga” has not “come at the expense of highbrow comics that wrestle with thorny autobiographical and political issues.” Though he ultimately acknowledges the power of manga to tell compelling stories, his praise for Shigeru Mizuki’s Onwards Toward Our Noble Deaths feels tepid at best. Caveat lector!

Conceptual artist Ilan Manouach just unveiled his latest project: a limited edition “book” that collects all 21,450 pages of One Piece. The press release for ONEPIECE suggests the work will encourage “artists to think [about] comics in different scales and temporalities,” though they’ll need a cool $2,000 to acquire their own copy. [The Beat]

Also making licensing news is Seven Seas, which added My New Life as a Cat, Cinderella Closet, and Soloist in a Cage to its spring 2023 line-up. [Seven Seas]

If you’re planning to attend NYCC this year, bring a mask. [ICv2]

Brigid Alverson sifts through the August 2022 NPD Bookscan numbers, and observes that “the manga chart is very driven by new releases, much more so than the others, and you can see it here with the newest volume of Jujutsu Kaisen at the top. Altogether there are eight August 2022 releases on the chart, all new volumes in ongoing series, plus a handful of first and second volumes.” [ICv2]

Scholar Eike Exner, author of Comics and the Origins of Manga: A Revisionist History, offers a thoughtful re-appraisal of the Euro-American influence on manga. “Comics historiography is plagued by two fundamental misunderstandings regarding the history and nature of the medium,” he argues. “The first is the notion that comics in different countries are best understood through the lens of the nation, as the offspring of individual national traditions. The second is the idea that comics are the result of a gradual ‘integration of text and image’ culminating in the combination of both in a single image space (the panel).” [The Comics Journal]

Here’s something with licensing potential: EVOL, “an anti-superhero book that is definitely reminiscent of The Boys,” with “fast and bold” pacing “like an action-packed capes comic, but coming from the other side of the equation.” [Brain vs. Book]

In the latest episode of Shojo & Tell, Ashley and Asher tackle one of CLAMP’s most controversial series: Chobits. [Shojo & Tell]

One of the most talked-about pieces of the week was Colleen’s “Misogyny in the Manga Community,” which delves into the long history of sexism in manga fandom:

Yui Kashima interviews Fumi Yoshinaga about how she got started in comics. “I think it was when I was in my third year of college,” Yoshinaga recalls. “A friend recommended me to read SLAM DUNK, and when I saw Kogure and Mitsui, I just came up with the idea of making their story (laugh). I couldn’t stay away from that idea and decided to publish a doujinshi.” And the rest, as they say, is history. [Tokion]

In this week’s must-read reviews, Erica Friedman and Johanna Draper Carlson explain why you should be reading Yokohama Kaidashi Kikou. “The dialogue is simple, the scenarios are wholly about experiencing and feeling,” Friedman notes. “There is no plot here. Just have a seat and a cup of coffee and watch the grass. At the end of the world, that’s all that’s left, anyway.” Draper Carlson expresses similar sentiments: “The appeal of this series is twofold: lovely art and an acceptance of the joy of existence… It’s very Japanese in tone, but it also evokes Walden: the idea that a return to nature is soul-cleansing, and that small, everyday events are worth capturing.”

You’ll also find brief reviews at Women Write About Comics, where Masha Zhdanova critiques three new releases from VIZ, and at Beneath the Tangles, where the gang reviews a mixture of new and ongoing titles.