love me love me not

Love Me, Love Me Not Volumes 4 and 5 by Io Sakisaka

With the conclusion of Ao Haru Ride, I’m glad that the Shojo Beat imprint has another Sakisaka series running with Love Me, Love Me Not. This series doesn’t quite have the layers of meaning I was finding in Ao Haru Ride, as the love quadrangle in this series lends itself more to more of a chill teen soap opera feeling with plenty of slice-of-life elements that makes this a soothing series to read, even as the protagonists deal with plenty of romantic complications. 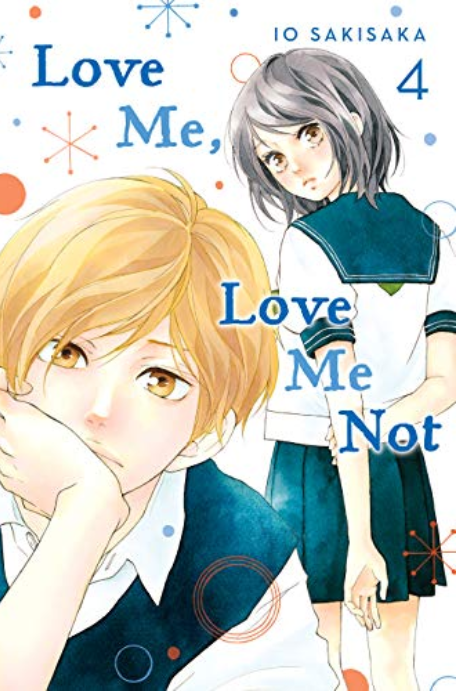 In the fourth volume, there’s the fallout of Rio kissing Akari to deal with. While Akari has been dedicated to putting up emotional walls since they became step-siblings, Rio hasn’t been able to detach from his previous feelings so easily. Along the way Akari has to deal with a boy at school who has a crush on her who turns hostile after she turns him down. Inui is around to help her deal with things, but Akari wonders just how much he understands about her situation. Akari gets self-conscious and starts avoiding Yuna, who is dealing with her own feelings for Rio. Really, the tangled relationships ensure that there’s plenty of drama to come. However, one of the reasons why Love Me, Love Me Not remains interesting is that the characters actually talk about what’s bothering them and evolve and change. Yuna calls out Rio for his actions and points out that he’s not being considerate of Akari, and she then messages Akari so they can have a chat as well. Being active in her friendships and talking to the boy that she has a crush on show how much Yuna has evolved from the shy and self-contained girl she was in the first volume of the series. Rio even comments to her that Yuna is “growing into the person you want to be” while he hasn’t progressed much beyond the person he was in junior high. 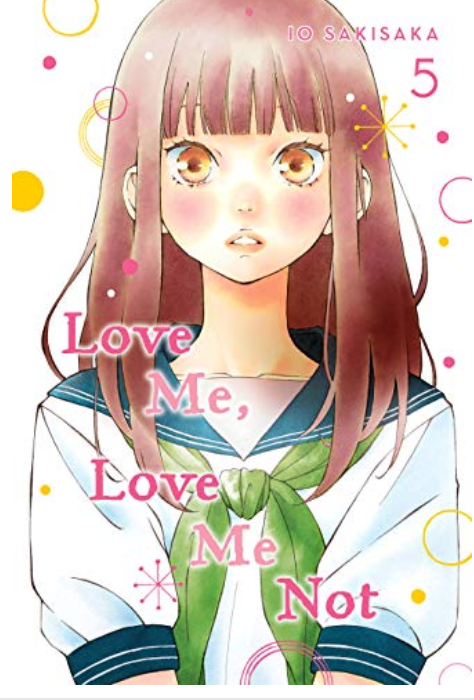 The fifth volume features that staple of shoujo romance, a festival! Rio is haunted by the fact that he had a dream about Yuna, which makes him finally start to be interested in her romantically. Akari continues to be intrigued by Inui, and she and Yuna engineer a double date to the festival. Out of all the main characters, Inui has been a bit of a cipher, occasionally dropping by to make enigmatically mature pronouncements and then moving on. I was happy that this volume featured a little more of his self-reflective moments, making it clear that he’s only steering clear of Akari because he doesn’t want to hurt Rio. I really like the way some of Sakisaka’s illustrations shifted to reflect the characters’ feelings in this volume. Yuna has a few panels of looking absolutely adorable, because Sakisaka is showing her from Rio’s point of view as he appreciates her more and more. It is particularly fun to see Rio in a somewhat tortured state throughout this volume as he struggles with his new feelings, since he was originally introduced with such a self-assured, flirtatious personality that was all on the surface. While the characters are all suffering through the foibles of teenage romance, there’s no question in my mind that there will eventually be a happy ending, which makes this a great comforting manga to read when I feel the need to de-stress a little bit.

Love Me, Love Me Not, Volume 2 by Io Sakisaka

At two volumes in, I’m not feeling quite as connected to the characters in Love Me, Love Me Not as compared to Strobe Edge, but Sakisaka is still doing a great job setting up a complicated and thoughtful teen romance drama. Yuna is still processing her feelings about the complex relationship between step-siblings Akari and Rio as she also deals with her own attraction to Rio. Yuna’s hesitation and introspection is prompted by the fact that she’s never experienced love outside of books. Rio also seems more attuned to Yuna than he is for girls who he has a more superficial relationship. He notices her being less shy around him, and figures out a way to set up their study group so she doesn’t feel hesitation about asking him questions. All along, Rio has encouraged Yuna to pursue a relationship with the boy she has a crush on, not knowing that she’s talking about him. Yuna’s love confession is unconventional, as she tells Rio about her feelings and says “Now, reject me.” 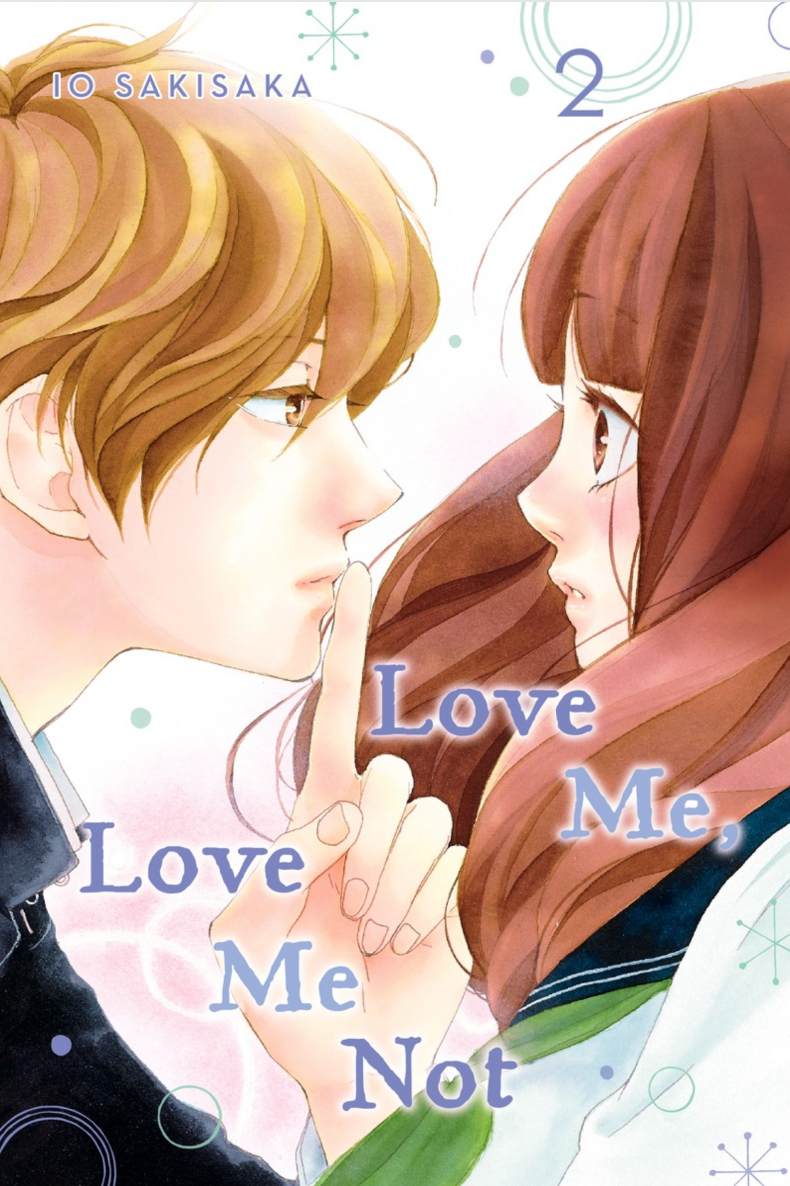 Rio reacts with a lot more compassion than he usually does with the girls who are attracted to him only for his looks, and Yuna deals with the aftermath. Both Akari and Kazu are impressed with Yuna’s emotional growth and general levelheadedness. While it is fairly easy for the reader to understand Rio, Akari, and Yuna, Kazu remains a perpetually cool enigma. Akari is fascinated by him, but he’s still a bit of a blank slate, defined only by his occasional blunt and insightful statements. I’m hoping that in the next few volumes his character becomes as well defined as the other series leads. This was a strong second volume, and I’m looking forward to seeing how the series develops. Sakisaka is great at capturing all the subtleties of emotion in her drawings, and even though much of this manga is people simply talking to each other in a variety of settings, her paneling and the emotional stakes involve keeps everything dynamic.