In today’s stressful times, reading determinedly uncomplicated romance can be quite soothing, which is why I’m enjoying the angst free and sometimes silly series Ima Koi. Satomi was too shy to confess her feelings to a crush in middle school, so she’s determined to be different in high school and seize her next chance for love. When stoic, incredibly tall Yagyu saves her from a train groper and she finds out that he goes to her school she follows through on her vow and asks him out. He says yes, and thus their romance begins. 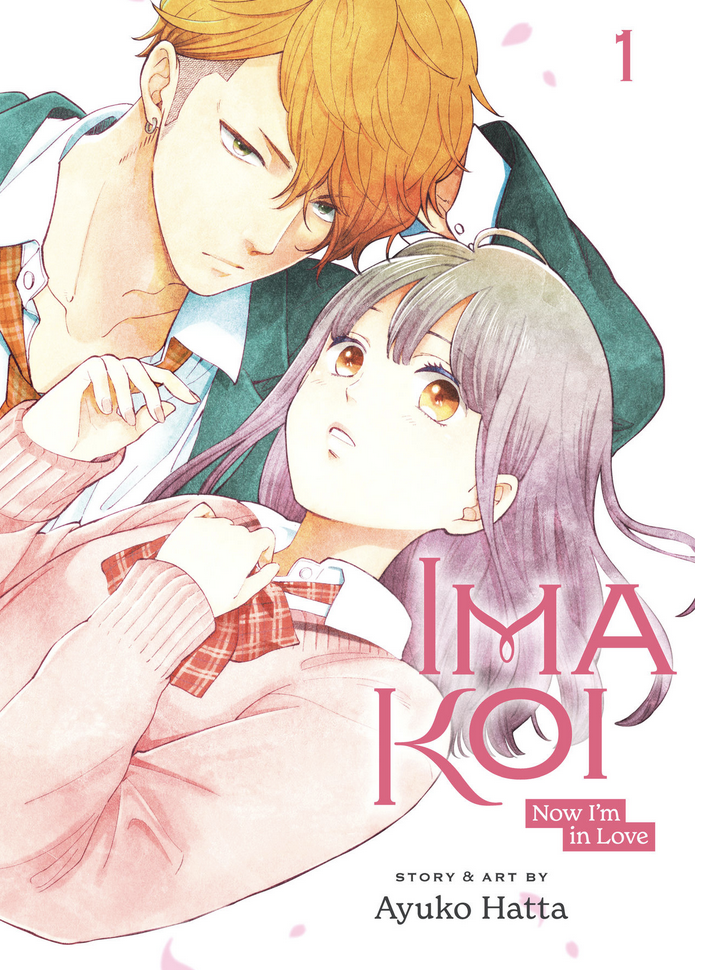 Satomi is cute, with her quick entry into dating she’s fulfilled her main goal, but she’s still figuring out what to do now that she’s in a relationship. Yagyu is a bit more enigmatic, but he’s won over by Satomi’s forthright nature and her tendency to fling herself on top of him from the subway stairs. He’s interested in getting to know her, and they soon start dating. They deal with complications that beset any new couple as Satomi has to navigate around Yagyu’s suspicious best friend and his obsessed younger sister. While this manga doesn’t reach the hilarity of My Love Story!! there are plenty of funny situations, such as when Yagyu and Satomi go on a date to the zoo and his younger sister Juri tags along. Juri becomes more and more enraged as Satomi keeps not reacting to her attempts to undermine the date, until she transforms into a menacing side character from JoJo’s Bizarre Adventure. Ima Koi is a fun escape, and the way most issues get resolved by the end of every volume makes for a relaxing shoujo series.