call of the night

Call of the Night Volume 1 by Kotoyama

I’m always a little curious about Shonen Sunday titles, as they tend to be a little more sophisticated than Shonen Jump manga so I was intrigued by the idea of a shonen vampire romance like Call of the Night. Ko Yamori starts out by being the typical hapless shonen protagonist but he’s isolated and has just started having terrible insomnia. He’s not attending school regularly and one night he slips out of his house and starts wandering around in the middle of the night while searching up ideas for insomnia cures on his phone. Seeing many people posting about the benefits of alcohol he stands in front of a vending machine contemplating buying a beer when he’s suddenly accosted by a mysterious blond girl in a cloak who says she can help him if he’s having trouble sleeping. She brings Ko back to her place to crash, and he quickly discovers that his new acquaintance is a vampire named Nazuna. 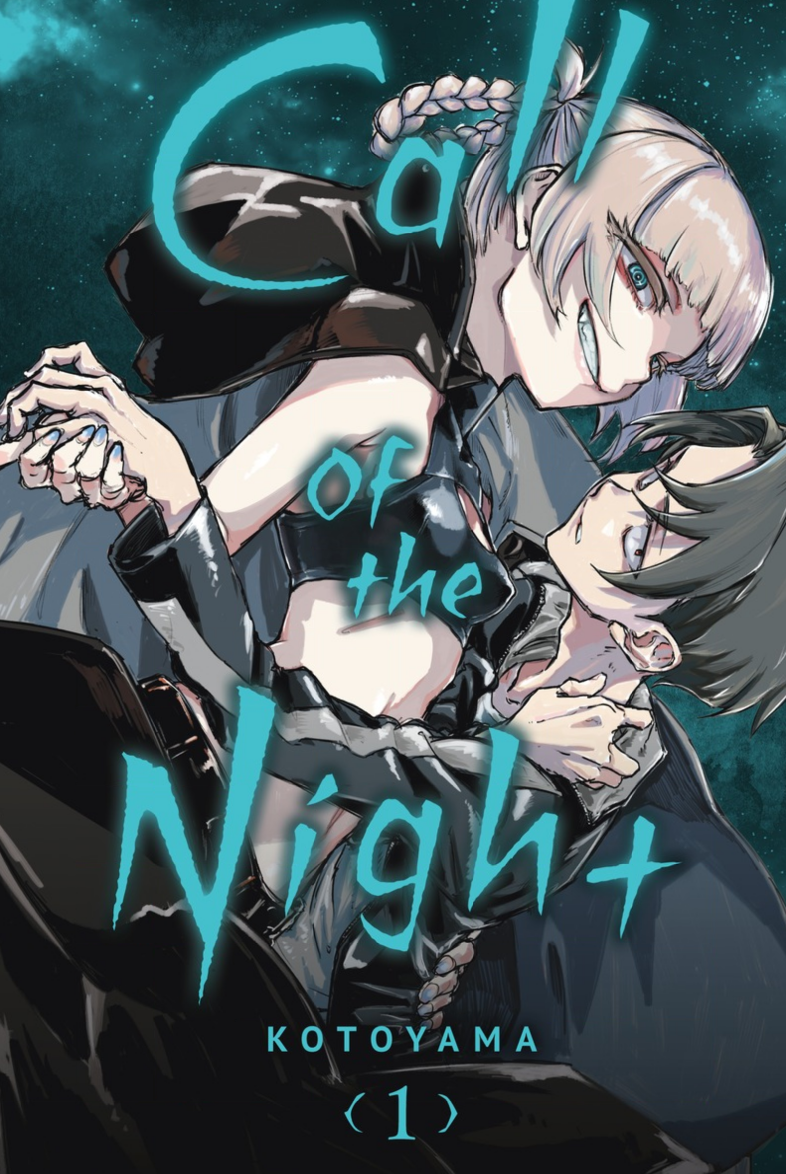 Ko finds the idea of becoming a vampire immediately intriguing but Nazuna finds the topic incredibly embarrassing because the only way for a human to become a vampire is to fall in love with one and let that vampire drink from them. Ko is determined to make this happen, and while Nazuna likes to joke about sex, the idea of any type of emotional intimacy is something that she shies away from. Ko and Nazuna keep finding each other in the middle of the night and hanging out. There’s an undercurrent of loneliness to this manga that makes it a little more interesting and poignant than I was expecting, as Ko and Nazuna keep seeking each other out. Ko’s not done with the human world though, as he reconnects with an old friend of his who encourages him to go back to school. Kotoyama’s art is stylized and angular, making the world of the night seem more mysterious. I definitely felt intrigued by the end of the first volume and I’m curious to see how this relationship will develop over time.