There is an expression, “go big or go home”, that gets used a lot, and frequently it’s warranted, but sometimes? Sometimes you want to stay small, and are rather nonplussed that everything is suddenly so big. I feel that way about this third and final volume of The Sorcerer’s Receptionist, which has had two volumes of daily life stuff with the occasional hint of dark backstory, but crams all that backstory into the third ad makes our tsundere heroine the Chosen One in about three or four different ways. It almost feels like too much, and I feel bad that we didn’t get another volume mostly filled with Nanalie sitting behind a desk. That said, the plot we do get here is certainly well-handled, the fights are exciting, and the backstory does make sense and ties in with everything else, so this is mostly me complaining that the story does not match the one I was expecting. For most folks, this is a pure shoujo fantasy ending, complete with The End of the World. 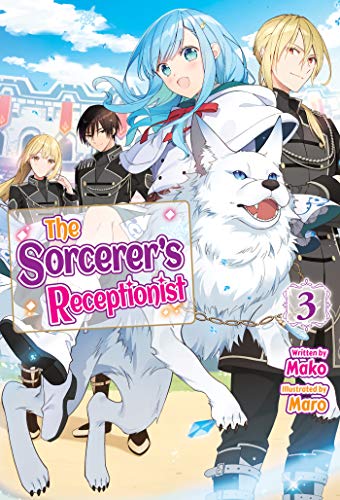 The book is for the most part divided into three chunks. The first has Nanalie and her friends going on a vacation to Hawaii… or its fantasy equivalent. Sadly, the vacation goes south when Nanalie is immediately kidnapped by a fish monster who brings her back to the Sea People Kingdom… where one of them wants her to be his bride! After this, Nanalie disguises herself as a barmaid in order to help her friend Benjamine determine if the guy she’s not quite dating yet is cheating on her. Finally, we get Wizard Olympics, as various groups from all over the world come to see who are the best in the land. Nanalie, naturally, is… not participating, she’s working reception. That said, you just know she’ll somehow be pulled in eventually. More to the point, what is draining the Ice Magic users of their energy? And just who IS Nanalie anyway?

As I said above, this book is doing a LOT. Its predecessors were long books, but this is the longest, and other publishers would probably have made it a two-parter. Throughout it all, Nanalie remains much the same. The selling point of the book is her attitude towards Rockmann, and that does not change until the VERY end of this book, when she has a chance to recontextualize everything she’s known about him and go “oh wait, no, that’s love”. It helps that there is a weird time-travel sort of event midway through the book, which is probably the most egregious plot device we get here. Better handled is her background and that of her parents, as we’d seen for the entire series that her mom remained tight-lipped about her own magic, and honestly the hair should have tipped us off. The best part of the book is the ending, where Nanalie, having saved the world, discovered her origins, and fallen in love, is offered any reward she could possibly want… and chooses to stay at her job. I could have done without the “I don’t want anything to change” part, but otherwise it is pure Nanalie to say “No, I do not want all this, I want to keep doing my dream work, thanks.

There is a sequel being written by the author on their website, but it doesn’t look complete yet, and it’s uncertain if the publisher would pick it up. Still, this is a perfectly good ending, and I’m pretty sure that even if she DOES now realize her own feelings, Nanalie will still spend the rest of her life going “aw man, it’s that guy again. Why is he always around me?”.

It should go without saying, really, but fans of this sort of light novel should also be fans of shoujo manga that also runs along these lines. If you, as a reader, read manga where the lead couple are constantly at odds? The girl is constantly angry at the smug arrogant guy? Everyone seems to think they’re already a couple even though she hates his stupid guts? Yeah, that’s this series in a nutshell, it’s just in prose rather than in Hana to Yume. So yes, if smug arrogant guys constantly mocking the heroine are not your cup of tea, don’t read this, because we know who the end guy is going to be and it’s him. The other thing to mention here, which I believe I also did in my first review, is that you’d better love “oblivious to love” and “everyone can see it” as tropes, because the book is drenched in them. When it’s not actually dealing with Nanalie’s actual work, it’s watching everyone smirk at her cluelessness. 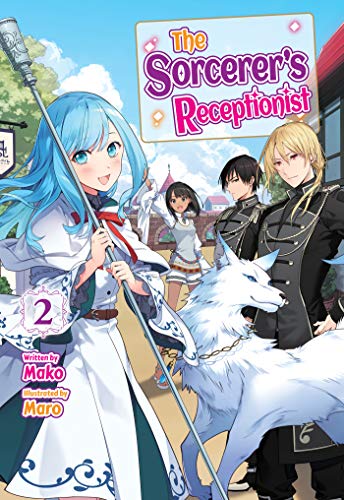 As noted above, the book is divided in half. Half the time we are seeing Nanalie at her job at Harre, growing better at it, learning valuable magical skills, and beating up lesser demons. At one point she’s sent to the southern branch for a month to see what it’s like there, and the answer is basically “hot, with added exorcisms”. The other half of the book is her interactions with Rockmann, who always seems to be around despite her best efforts to not see him, and is always there to rub it in her face that he’s still Number One and she is Number two. This even applies to alcohol – Nanalie has an amazingly high tolerance… but not as good as Rockmann’s. The one worrying plotline is that a neighboring kingdom is asking – rather aggressively – for ice witches, and Nanalie is being asked to hide that she is one. What’s really going on here? Also, why is Nanalie being asked to meet the King?

This book is not without its problems. the ending to the first book implied that there was some dangerous demon possession going on… but it’s solved quickly and then dropped. More importantly, the nature of the “Ice Witches Wanted” plotline involves Nanalie not knowing anything about it, and so the climax of the book, frustratingly, takes place offscreen, with most of it explained to her in a “yeah, sorry about this” way by the director. It’s realistic that they would take such steps, but as a reader it is incredibly anticlimactic. Also, Rockmann heals up far too quickly and far too well given they’re making this out to be the first time Nanalie might actually feel something for him. Fortunately, the rest of the book is filled with fun banter and situations, and Nanalie when she’s furious and snarky is the best Nanalie.

There is a suggestion of a few ongoing plots, with some backstory dropped to help the reader along, so I don’t expect this will be ending soon. It’s a fun little series, if a bit uneven, and recommended for those who like shoujo manga where the leads yell at each other all the time.

There have been an awful lot of Japanese fantasy novels released over here in the last few years, be they isekai or straightforward fantasy. One thing common to many of them is the Guild, the place where adventurers go to get their dungeon crawling or monster hunting assignments. Said guild is almost always staffed by a beautiful young woman, there to give out work, cheer our heroes on, and worry when they don’t return on time or come back beat up. Sometimes they’re also love interests, but more often they tend to simply be minor supporting characters. After all, it’s just receptionist work, right? Wrong. The Sorcerer’s Receptionist is here to show you how much work and power is needed to actually be in that position, which is not one for mere pretty faces. Our heroine may fall in love with the job at a young age for mostly aesthetic reasons, but by the time she arrives at magic school she is ready to give it her all and be number one! Well, OK, number two… 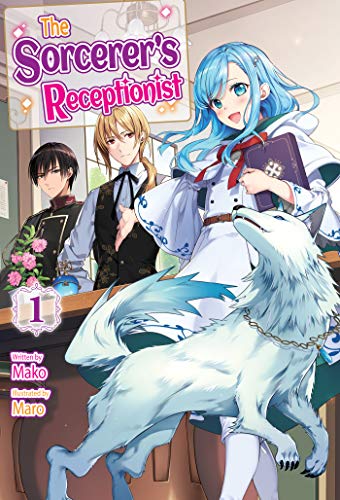 Our heroine is Nanalie, and this first volume sees her journey from the first years of magic school all the way to settling into her dream job at the Harré Sorcerer’s Guild. The first half of the book will be familiar to anyone who’s read a magical academy story, and Nanalie is very much the bookish, studious, tries-too-hard sort. She’s got rare ice magic (which gives her the blue hair we see on the cover) and a cool wolf familiar, and yet most of the book is dedicated to her constant frustration at always being second in class to the arrogant Alois Rockmann, who is her self-proclaimed nemesis. The two of them spend the entire time at school not getting along, setting each other on fire/freezing them, etc. Because yeah, this is not only the story of a young woman’s dream career, it also has a romance to it. Which everyone can see except Nanalie herself.

It is honestly rare to see a title where everyone else in the cast knows that they’re in love except the protagonist and not have it be irritating. Likely as this is mostly the standard harem guy “I am oblivious because the plot requires it” sort. But Nanalie’s obliviousness to love works in the context of the story – she is extremely career driven to the point where social interaction is sometimes difficult for her, and the guy who supposedly loves her spends the entire time they’re together badmouthing and abusing her. Enemies to Lovers is a very popular trope, after all. It’s still one-sided at the end of this book, though, as Nanalie is far more concerned about things like tracking down a woman’s missing husband and notifying the right people about the demon that’s lurking in the woods.

This is a long book for a light novel, but it doesn’t feel like it’s meandering. I really enjoyed the emphasis it gave to “it’s not just a secretarial job” in regards to guild receptionists, and also shows young women becoming knights, or sorcerers, rather than just getting married right out of school. And Nanalie is fun in a way that might remind you of a certain bushy-haired girl in a series we don’t talk about anymore. Definitely looking forward to more.