reborn to master the blade

In general, when you’re reading a series that stars a big dumb person who only likes fighting, you’re not supposed to be on their side. The reader can see that there are advantages to talking things through, or do finding another way, etc. But, of course, there’s fighting anyway, because our hero just leapt in there and starting whaling away. That’s definitely true with Inglis in this second volume. What’s worse, her fights are almost all one-sided beatdowns, as she is ludicrously strong and powerful, even without any runes or talent of that sort. She is every reader’s OP nightmare. And yet… let’s face it, while reading this book, I was agreeing with her. The parts of the book that really came alive and felt like the most fun were those where Inglis had her sword out and was fighting monsters, or bad guys, or bad guys turned into monsters. She’s great fun as a meathead. The rest of the book has trouble keeping up with her. 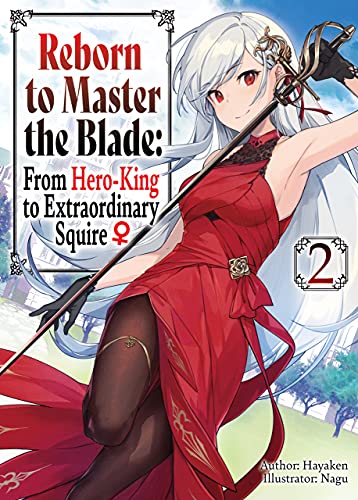 Now that she and Rafinha are in the Academy, Inglis is ready to start learning. And by learning I mean “learning how to fight stronger and stronger opponents”. She and Rafinha have very few problems, mostly as they’re the cool kids. Leona, on the other hand, their new friend whose brother turned traitor, is having a terrible time, especially when her new roommate (the princess curl type) refuses to live with her. On their first day the three of them happen to come across a sea monster which they prevent from destroying a ship… a ship that turns out to be owned by the Rambach Company, whose heir became a Highlander in the first volume, if you’d forgotten. As a reward, they’re invited to be guards for a very important summit meeting between the company and various factions. Could it be a trap? No worries, I’m r pretty sure Inglis can punch traps away.

As noted, the fun in these books is seeing how ludicrous Inglis is all the time. We get occasional mention of her past as a male king, mostly when she’s trying not to gawk at women in the bath, but for the most part it’s just a flimsy excuse to have Inglis be less “ladylike” than some folks would like. Rafinha is supposedly her voice of reason… but is almost as bad as she is, occasionally trying to stop her but more often joining in. They’re also both desperate for food, another fun running gag, as chunks of this book are written in “Talk-with-your-mouth-full-ese”. There are actual political things going on and genuine danger to the city and country… but Inglis is content to leave that to the royal family and the knights who have to worry about politics. Indeed, her suggestion to allow the woman currently spewing out monsters on occasion to stay at the academy is “cool, monsters to fight without sneaking out!”.

So, basically, if you like smart intelligent girls and politicking, this is not the series for you. If you read it and think “I wish there was even more of Inglis hitting things”, by all means keep reading, I’m sure you will be satisfied.

You have to find something to latch on to, when you’re reading all these light novels. So many reincarnations, and overpowered swords being wielded, and magic determining your lot in life, etc… all of which this book has in abundance. If your goal in reading a new light novel series is to find something different from what’s come before, keep walking along and try to find something else. But as I said, you look for the little things. Things like our hero, now reincarnated as a rather voluptuous teenage heroine, feeling extremely uncomfortable at walking into a room and getting leered at, something that rarely comes up in these kind of books. (To be fair, there are normal “let me massage your boobs” bath scenes as well, so it could just be a coincidence.) More importantly, though, is that our heroine, Inglis, is… well, a bit of a battle thirsty meathead. No interest in power or money or romance… she wants a good fight. Meathead heroines might keep me reading. 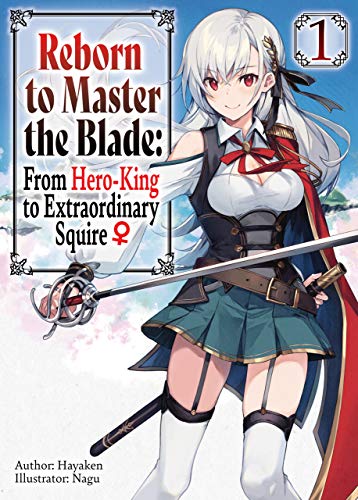 Our hero is a king who united the land and won the day, and is now dying late in his years. A goddess comes to grant him a wish, and he asks to be reborn as simply someone who doesn’t have to worry about ruling or politicking, but can just FIGHT FIGHT FIGHT. He gets his wish… but is rather surprised that he’s reborn as a girl. Inglis rapidly grows up to find that things are not really the way they were back in her previous life… indeed, her own kingdom is now forgotten in the mists of time. On the bright side, this means that she can call upon aether and mana that others don’t have a clue about. On the downside, she has a magical blessing of zero, so cannot become a knight. That’s fine, though, She sets out to become a squire to her cousin Rafinha, who can become a knight. After all, Inglis is here for only one thing: honing her blade.

The book has a lot of the sort of things you’ve seen in these sorts of books before. There’s a group of arrogant nobles that abuse the common folks and keep slaves, and the one example of them who’s not that sort is promptly sabotaged. We’ve got to go off to knight training school, which I’ve no doubt will keep the second volume very familiar as well. But I dunno, it was pretty good. Inglis is a nice mixture of an old male king and a young teenage girl, and I was amused that she has a hobby of admiring herself in the mirror – it’s nice to see a hero with actual vanity. Her cousin Rafinha, unlike other books of this sort, is also quite powerful, and together the two of them take out monster and bad guys with ease. If you think that’s boring… well, so does Inglis, and that’s why she’s searching for fights.

So it’s not essential, but it’s good enough. I’ll pick up the next volume.