magician who rose from failure

It’s time to talk about a tragic problem facing many young manga and light novel characters today. They’re young, clever, they want to be helpful. And yet… everyone seems to be suspicious of them. How sad! Is it because they never seem to show you which side they’re really on? Is it because they exude an aura of “I could be incredibly evil, if I wanted, but I choose not to be?” No, we all know the real reason. It’s because they never open their eyes. Studies have shown that nine out of ten characters who smile while constantly having their eyes shut later turn out to be villains in some way, shape or form. (Well, if they’re guys. For women, please see the “ara, ara” subclause.) As such, we identify very much with Arcus in this book as he meets a strange merchant who really wants to establish a connection with him, but cannot really get past looking and feeling incredibly shifty.

Despite the cover promising us delicious pizza, for the most part this book is all about battles and intrigue. After briefly spending a morning flirting with Sue (well, flirting on her end, not his), Arcus runs into a slight problem: he has to get silver to make more of his cool magic thermometer, but someone is buying all the silver in the kingdom. As such, he and his two bodyguards head west to a holding with lots of silver mines. There, they run into a different problem – bandits, who are busily trying to destroy a village, though it looks like their hearts aren’t really in it. Could these two problems be related? And can Arcus manage to figure this all out without a war starting between his country and the Empire? Oh yes, and in the meantime his sister is going on a magical quest and getting possessed by her ancient ancestors.

As with previous volumes, Magician Who Rose from Failure is good enough that you want to read the next book in the series, but not really good enough that you have a lot to talk about with someone else. Arcus remains cool. He gets to use his magic here, and everyone is amazed at how powerful he is. There is a bit more brutal death than the previous books, and Arcus briefly looks queasy about that, but by the end of the book he’s recovered enough to immolate one of the bad guys. We also meet the son of the local Lord, Deet, who has a minder of his own and who looks like the sort of kid who wandered into this series from the pages of Weekly Shonen Jump, He’s fun, and contrasts nicely with the staid and calm Arcus.

As the author indicates in the afterword,the next volume will likely focus more on the ‘war’ part of the book rather than the ‘magic’ part. Till then, this series remains ‘solid’, for good and ill.

As with the first volume in the series, I would describe this book as “solid”. It keeps things interesting, has some fun new characters, balances political intrigue and character development (the first half) with an adventure against villains with lots of fighting (the second half). The protagonist is, of course, a prodigy who is praised by everyone else in the story – need I remind you what genre you are reading? – but he’s still probably the best reason to read this, being mostly sensible but with a core of ludicrousness that pops up whenever he tries to bring in ideas from his Japanese life. Oh yes, and this is still an isekai, but it’s used pretty sparingly, mostly to show why Arcus is a better thinker than the magicians in this world. All that said… as with the first book, solid is all I can give it, and it didn’t really knock my socks off. Magic in This Other World Is Too Far Behind fans are justified in being annoyed. 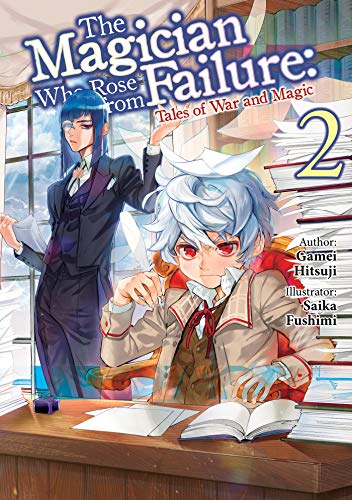 The book starts off with Arcus’ big invention being shown off to the leading magicians of the Kingdom. We’re briefly shown the group before the presentation, and they’re all stereotypical eccentrics who each have their own agendas and do not get along with others. But the thaumometer blows them all away, to the point where they’d all be fighting to see who gets it first if they didn’t all get one because this was a predictable outcome. After this we jump forward two years and see Arcus as a 12-year-old. The device is still a state secret, but the other kingdoms know something is up, and there are now spies trying to get it at any cost. Arcus joins forces with Orco from He-Man… erm, a mysterious elf, his (ex)-fiancee, his sister, and his “magical partner” to take out the enemy… though he may need help from a passing pirate.

The Arcus generation are all still in their tweens, so romance is not happening yet, but it’s clear that Charlotte likes him and would like to reignite their engagement, and that Sue (who we find out here is the daughter of a duke, though that’s hardly her only secret) is really possessive of him. It’s a love triangle I’d be more invested in if the King had not blithely said he could have two wives as a reward for the magical measuring stick. (Multiple wives getting a bit overdone? Yes.) As for Arcus, he has the fantastic spells, and can sometimes make them devastating (his magic machine gun boggles the mind), but he still lacks the mana to be a powerhouse like his sister (who still adores him). That my change in the future, as he gets a temporary power-up via his elf guide, which implies the same sort of thing could happen again.

In general, the series is better then it’s doing politics and character than battle scenes, which means both volumes so far fall down in the second half. Still, it’s one I’ll be reading more of. As I said, it’s solid.

I ended up enjoying this book quite a bit, despite the fact that it is absolutely filled to the brim with things that should annoy me. Our hero’s parents treat him like absolute dirt because his magic levels are low, and don’t change their opinion even when he proves to be a genius magician in front of multiple people. Despite “low magic aether”, our hero can basically do anything, mostly because of his isekai memories helping him envision spells better. There’s a lot of girls in peril in the book. There’s the standard smug evil bastard. And of course the plot is “I’ll show them! I’ll show them all!”. Fortunately, this last one is nipped in the bud almost immediately, and we get not one but TWO examples of why “I will dedicate my life to revenge” is a dumb thing to do. That said, the author’s other series is also filled with cliches. He gets past them by making the books entertaining anyway. 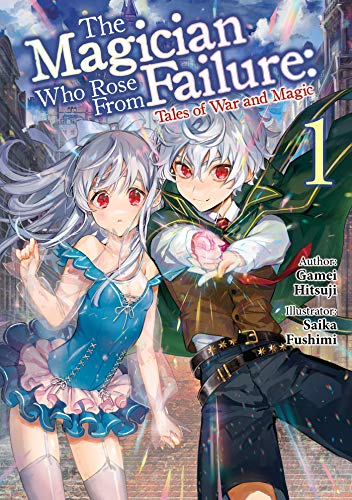 Our hero is Arcus, a six-year-old boy who one day wakes up from dreams of a different life. His Japanese life does not overwrite this one, though, and that’s fine, as Arcus has a lot to deal with. His parents hate him due to his low magic levels. And unfortunately “build up your levels by working out or using magic a lot” isn’t a thing here – levels don’t get higher. Fortunately, his sister still loves him. Also fortunately, his uncle, also shunned by the family a while ago, agrees to train him. Then we discover that Arcus has a unique way of thinking, and can achieve a lot of things that magicians can’t. He makes friends in town (who turn out to be far more mysterious than he knows), invents things that will take the magical world by storm, and gets a cool butler. Then his sister gets kidnapped…

Gonna be honest, I enjoyed the first half of the book more than the second. Which is interesting given it’s things like “Arcus invents a magical thermometer”. But seeing him tinker is a lot more satisfying than seeing him as an action hero, which is what the second half of the book entails. He has to break out of a prison tower, kill bad guys, rescue his sister and his (ex-)fiancee, and still find time to murder the real man behind all of this. Oh yes, he’s eight when he does all this, by the way. I think the book is a bit too casual with killing, to be honest. Of the other kids in the cast, Sue comes off best, being the right combination of bright young girl and mysterious manipulator. She also makes one of the few fart jokes in a light novel I’ve actually laughed at. Arcus’ sister Lecia, sadly, is very wet, but I’m hoping future books show her kicking some ass.

In the end, I can’t really think of a good reason to read this novel beyond “I read it all the way through and found it mostly enjoyable despite everything about it”. And, honestly, if authors manage to do that, we should support them. Hopefully they won’t abandon THIS series the way they did The Magic in This Other World Is Too Far Behind!!.