By Tsunehiko Watanabe and Jyuu Ayakura. Released in Japan as “Risou no Himo Seikatsu” by Hero Bunko. Released in North America by J-Novel Club. Translated by MPT.

I get the sense that the author is well aware that his core audience may not yet be here for the politics. Sure, in a volume or two the readers will be into that, but here in the second volume there’s still a lot of horny guys taken in by the premise and the title. What’s worse, Aura is pregnant throughout most of this book, so we can’t even write in her and Zenjirou making love. As a result, there are, frankly, a heck of a lot of descriptions of Aura’s large breasts, to the point where it gets to be vaguely annoying. Indeed, it’s almost a plot point – to the typical reader of this series, Aura’s tall, red-haired muscular and stacked body is exactly what they like, but in her own country, she’s not considered attractive compared to the more willowy and mild women that Zenjirou gets introduced to here. Even her own trusted aide is amazed how much Zenjirou is attracted to her. It’s hard being the Queen. 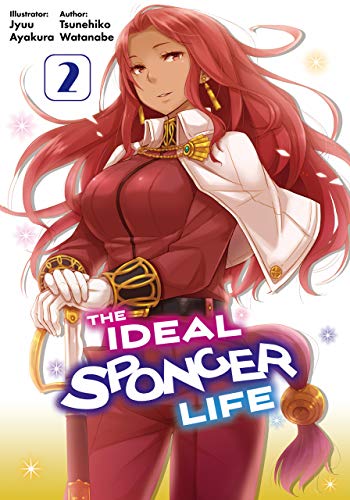 Still, while the audience may not be here for the politics, that is what they are going to get. Aura’s position is still very precarious. Zenjirou begins to emerge into actual public appearances, and the moment he does various factions try to manipulate him so they can gain power and influence. Usually this involves offering him women to be his concubine, something which is not only common here but actually expected, which leads to friction in many ways. Zenjirou is not comfortable with taking on another lover, Aura knows it’s necessary but isn’t happy with it, and then there’s the fact that he likely has the blood of two different kingdoms in him, which means their child might also have two different kinds of magic powers – a big deal in this world. Get ready for negotiation madness!

Zenjirou is far more adept and clever at this than he likes to admit to himself, but he does find it exhausting, and I don’t blame him. He’s offered a military bow, which naturally he can’t use, and is able to finagle himself out of it but comes off looking weak. Then there’s all the concubine business, which is off the table for now due to the multiple magics problem, which is ALSO solved by making him look weak and pitiful. Aura is unhappy with this, as she has rapidly come to fall in love with Zenjirou for real, but sadly, politics. that’s almost the motto for this volume, honestly. Fortunately, Zenjirou does have a few aces up his sleeve. Glass marbles, which he brought from Earth, are considered immensely valuable here (though learning how to make glass proves a bit more difficult), and his abilities at contract negotiation help when the Queen has to negotiate with another country regarding the life of their child and how they will be brought up going forward.

Fortunately, at the end of the book the child is born, healthy and hearty. I’m not sure where we go from here, but I will continue to read the light novel series with the biggest dissonance between its title and what actually happens.

By Tsunehiko Watanabe and Jyuu Ayakura. Released in Japan as “Risou no Himo Seikatsu” by Hero Bunko. Released in North America by J-Novel Club. Translated by MPT.

I had reviewed the first volume of the manga here two years ago, and we’ve had several volumes since then. Reading the light novel shows that the manga compressed quite a bit, probably sensibly. Anyone who is reading this book for the hot woman on the cover and hoping to get some nookie is going to be wildly disappointed by the 20-page discussion of hydroelectric generators, as well as the fact that the book pretty much cuts away whenever there is going to be some loving. That said, when this series first came out as a webnovel, it was SUPER popular, and there’s a hint of why that is here, as there’s some very nice political intrigue and worldbuilding, especially once we realize that our overworked salaryman hero, despite his stated intentions, is going to be proving that title wrong fairly quickly. Indeed, he does so almost immediately, as many of the things he has brought over from Earth are unknown here, ranging from glassworks to Microsoft Excel. 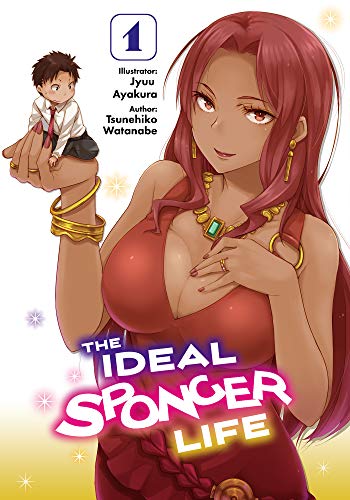 Our hero is Zenjirou, a young man in his mid-20s who works at a very busy Japanese company. On his off day, as he’s biking back home with food, he finds himself in a palace in another world – transported there by the beautiful young Queen, Aura. She’s looking for a husband and father to her children. As it turns out, due to various political reasons, she doesn’t want to marry any of the candidates in her own world. Plus Zenjirou does have royal blood in him, as it turns out his ancestors came from this world in the first place. After some questions and negotiations, he agrees to marry her, and the wedding comes off relatively well. That said, he may not be able to be a layabout for long. His own overly polite and deferential manners are greatly at odds with what people think a royal should act like. And those other marriage candidates aren’t going to stop trying to gain power just because the Queen married someone else.

This first volume is mostly setup, and it does drag a bit in places. There’s a point where Zenjirou returns to Japan for 30 days to settle his affairs (after this, he won’t be able to return for 30 years due to the way magic works), and we see why he would be so willing to cut ties with things, but I would happily have cut most of that to a 3-page montage. The main reason to get this is the worldbuilding and politics, both of which are quite good. Zenjirou manages to bring over a generator and several appliances with him, and so we see this medieval fantasy world getting used to fluorescent lighting and air conditioning. Aura picked an outsider as she wants to actually reign as Queen, and knows that in this patriarchal society anyone who marries her would immediately force her out of power. That said, she and Zenjirou fall in love fairly quickly, and even if he is sharper than she might have liked, I think she’s quite happy.

Zenjirou stays mostly cooped up with the Queen and servants this volume, but that can’t last. I suspect we’ll be seeing lots of ‘lets see how he handles this situation!’ plotlines in the second volume. Till then, this is a decent isekai title, less salacious than the cover and premise might suggest, and definitely worth a read.

By Tsunehiko Watanabe and Neko Hinotsuki. Released in Japan as “Risou no Himo Seikatsu” by Kadokawa Shoten, serialization ongoing in the magazine Young Ace. Released in North America by Seven Seas. Translated by Wesley Bridges. Adapted by Jessica Cluess.

Well, here we are again with another isekai. They tend to be male power fantasies, but this one’s even more blatant about what it is than most. Based on an (as yet unlicensed) light novel, our hero is a Japanese salaryman working for a shady company and not enjoying his life, until he’s transported to another world! (Not hit by a truck, which is honestly what I was expecting.) There he meets the beautiful and busty Queen, ho explains why he’s there. Due to plot reasons, he has royal blood from the other world in him, so he needs to marry the queen and get her producing an heir. That’s all he has to do. Despite this world being pretty patriarchal, he’s not required to rule the land a la Realist Hero or anything. He’s savvy enough to realize that’s the catch (she wants to rule herself, not pass a baton), but decides to go for it anyway. Of course, this being an isekai, he immediately is an influence regardless. 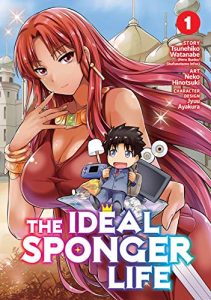 It has to be said, even for a male power fantasy this one’s pretty nice to the hero. He’s briefly threatened by guards when he approaches the queen, but that’s about it. She happily explains everything to him, and even allows him to return to Earth for a month so he can settle his affairs and say goodbye to his family, which is more than 90% of isekai heroes get. He also thinks ahead, taking a portable generator and tons of books/CDs/DVDs/a fridge with him when he goes, as he knows this is standard fantasy world. I’m assuming there will be the typical adventure things later on in the series, but for the moment he is there to marry and knock up the queen. Which he does, or at least presumably. He also needs to learn the language, as it turns out that while he can hear everyone in Japanese, they aren’t really speaking it – it’s a magic ability he has. This means learning to read and write, and also teaching Excel Spreadsheets to the kingdom, which I suspect may win him enemies.

Given that we see it on Page 1 (in a sort of premonition), it should not be a surprise that there IS sex in this, which isn’t 100% explicit but gets as close as it can to that line. I’ll be honest, I was expecting more plot to interfere in the actual consummation, since I’ve seen this type of thing before, but no, this time both hero and heroine are actual adults, and the whole point is to produce an heir, and so coitus ensues. This also allows us a brief look at the queen, Aura, when she isn’t wearing the queenly mask, as we see her on the wedding night trying to act smooth and seductive, but once she’s alone in the bedroom she shows off a blush that suggests she’s just as innocent as he is. Nor is he a majestic lover, either – while they both seem to have happy sex, the line “I guess this means you’ve finished” seems to imply it was better for him than for her.

I’ve heard this series described as “come for the boobs, stay for the political intrigue”, and that seems accurate. Certainly the latter is what motivates me to try another volume. There’s some good setup here, assuming you can get past the sex scenes and objectification of the queen that’s also in these pages.