chronicles of the hidden world

By Tamaki Itomori and Izumi. Released in Japan as “Kakuriyo Shinjuku: Isekaide, Kamisama no Oishasan Hajimemasu” by Kadokawa Beans Bunko. Released in North America by Yen On. Translated by Luke Hutton.

Given the huge explosion of villainess stories we’ve had in the last few years, I’ve actually seen some people describing the genre as “isekai for girls”, which is ridiculous. Mostly it’s ridiculous because we already have a well-established isekai for girls genre, called, well, isekai. My god, it’s as if Fushigi Yuugi never existed. This sort of isekai usually involves a young girl transported to another world, discovering that she has powers no one else does, and also attracting the attention of a number of handsome young men, all of whom are usually either divine spirits of some sort or at least supernatural. And aside from the fact that Yae is reincarnated into this world rather than being transported, this new series hits all of those buttons. Fans of Kamisama Kiss and the like will enjoy this greatly… though possibly the other big difference is in our heroine, Yae, who has a heaping helping of self-deprecation that’s destroying her life, even if she’s not aware of this. 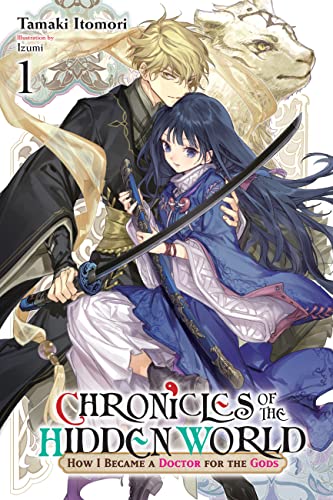 Yae, in Japan, lived a relatively unhappy and unassuming life where she spent most of her time accepting whatever anyone else pushed onto her because she was “nice”. (This may sound familiar to the target reader for this series.) She then dies and is reincarnated in Kumo, a land that seems to be connected to Japan in many ways but is also very different and filled with divine beings and cursed beings. The world is no stranger to isekai reincarnation, and Yae is eventually taken in by a village chief, the typical solution to such matters. Sadly, Yae is NOT like those other isekai girls. She retains her memories of Japan, and she also lacks a “nature”, which helps to define a person in this land. As a result, she feels like an outsider in her village. Then, one day, while doing a yearly ritual, she ends up freeing a divine spirit…

This is one of those books that’s all about the worldbuilding. Yae can be a bit over the top in her moping, and the revelation that it’s actually her who’s distancing herself from everyone else rather than the other way around is not exactly a news flash. Arai, the divine spirit, and his brother Sui, are both fairly standard types for this sort of story as well. However, the world itself is amazing, with artifacts from Japan ending up here changed in size and use – Yae’s new house she settles down in is not literally named as such, but it’s clearly a Coke can the size of a house. I also really liked the way that she uses her “doctor” abilities to cure those with afflictions and curses, which again involves some really cool descriptions and imagery.

The series clearly sets itself up to have Yae and her two boys wandering the land seeking out others who are suffering and “naming them”, in a way that will sound VERY familiar to anyone who’s read Natsume’s Book of Friends. That said, it’s been two years, and this is the only volume in this series, so we’ll just have to hope for more down the road. I definitely enjoyed this one, though.