By Keishi Ayasato and murakaruki. Released in Japan as “Shūen no Hanayome” by MF Bunko J. Released in North America by Yen On. Translated by Jordan Taylor.

Sometimes you are an author with a wonderful idea, a grand epic tale that will span 30, nay, 50 volumes, and then you get told by editorial to wrap it up in the next chapter. So goes life. Then there is the opposite problem. Sometimes you get an idea for a great, short, punchy horror story with a side of friendship and bonding, and it’s great. In fact, it’s so great the publisher asks where the next volume is. There… isn’t one? It’s complete? Nonsense, you will write more. Because it was popular. Now, I’m not sure that’s exactly what happened with Keishi Ayasato and The Bride of Demise, but it would not surprise me if that was the cast. There’s nothing wrong with this book. It’s got evocative prose, startling horror, and some cool battle scenes. It’s just it doesn’t feel like it’s actually telling us all THAT much that’s new about the world, except for one thing which isn’t much of a surprise. But, if you enjoy Ayasato, it’s still very good. 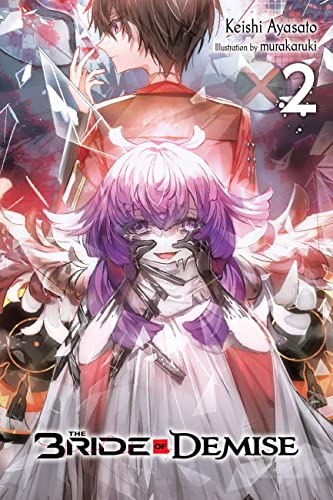 Kou Kaguro, after 15,000 deaths to get there, finally has his happy ending. He’s at the Academy in his special class with his beloved White Princess. He even gets a big surprise when Millennium Black Princess joins the class as a “new transfer student”, something so blatantly false that the class boggles in disbelief. And they get a second teacher, Hibiya, who proves to be far more adept at actual teaching than the eccentric Kagura. Plus, it’s School Festival time! Admittedly, as part of the secret class, it’s harder to walk around the festival, but that’s why masks were invented. They’re even doing a haunted house, and trust me when I say it will be scary. Everything’s coming up roses for Kou… at least till he gets stabbed to death. And then stabbed again. And again. By his closest friends.

Kou can be a relatively passive protagonist, something he is called out for here by Kagura and Hibiya, who both tell him that he uses his time powers like a magical do-over, and that eventually that will get him into trouble. But he’s still trying to be a good guy… a “hero of justice”, as it’s explicitly stated here, and towards the end of the book he finally gets a handle on this, realizing that sometimes justice makes you need to do terrible things to people that don’t really deserve the=m. We also get some new insight into the kihei, which should be too surprising if you’re read enough conspiracy novels, but also lends a nice air of “uh oh” to the series going forward. And there’s even a smidgen of romance, though for the most part it’s either of the “let’s hold hands” variety (Kou and his princesses) or an ominous setup for the third book (Asagiri).

So yeah, this was good, and I enjoyed it. But I don’t think the book was all that necessary. Possibly the publishers agreed – the next book is the final one in the series, I believe.

By Keishi Ayasato and murakaruki. Released in Japan as “Shūen no Hanayome” by MF Bunko J. Released in North America by Yen On. Translated by Jordan Taylor.

Sometimes an author, regardless of the material, simply reaches out, grabs you by the throat, and starts to throttle you with evocative prose. Keishi Ayasato is one of those authors. Torture Princess, their previous series, contains just about every type of thing that I normally avoid in fiction, and yet it’s one of my favorite LN series. Likewise, when I first saw the solicit for The Bride of Demise, my first thought was “ooooh, not my thing”. But then I saw the author and knew I would have to buy it. And I was right. As with Torture Princess, this series has a certain loving fascination with grand guignol horror in its writing, but this one is, and I can’t believe that I’m even typing this, a magical academy series. That almost cheapens it, and I would hate to see it compared with things like the various “Demon King Went to School and Was Super Badass” books. This is the story of a young man and his fated meeting with a living weapon. 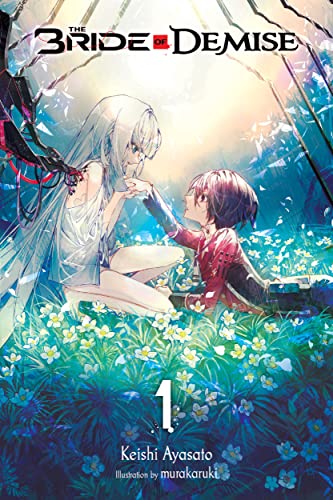 Kou, an orphan whose parents were killed when he was young, is a Magical Research student at the academy. He and his fellow researchers learn about the Kihei, monstrous creatures who were essentially the reason this is a somewhat post-apocalyptic world. Then one day, while he ad his team are exploring a supposedly safe area to harvest kihei corpses for material, they’re attacked by some very strong kihei. Kou decides to sacrifice himself to save the others, and falls trough a glass ceiling into a garden… which is convenient, as this is very much like the dream that he keeps having during his waking hours. In that dream, he meets someone who promises she will be at his side for all eternity. Now it’s come true. She’s White Princess, she is his “bride”, and it feels like he’s known her for years.

This review will very much be talking about the first half of the novel, because the second half is a nest of spoilers that I do not want to be responsible for you learning. All the “holy shit!” moments are there, and they are fantastic. That said, the rest of the book is a lot of fun. Kou is now part of a special team of elite students, all with their own “bride”, and taught by a classic badass teacher with a dark side to him. Kou manages to befriend most of the group pretty quickly, partly because it turns out that he’s a lot better at combat against the kihei than anyone really expected. But really it’s Kou’s relationship with his bride that is the emotional core of this book. Their love for each other is very quick to develop and very strong, and also, again trying not to spoil, the cause of the entire second half of the book.

I rarely have to say “trust me” in my reviews, as everyone knows I spoil like a mad fiend. But trust me on this one. Unless you can’t abide blood and gore (you should steer clear in that case), The Bride of Demise is a fantastic debut. Indeed, my one complaint is that it feels finished in one volume. Where else does this series go? Vol. 2 is coming soon to tell us.