By Ryohgo Narita and Tite Kubo. Released in Japan by Shueisha. Released in North America by Viz Media. Translated by Jan Mitsuko Cash.

The first half of this book is, to put it bluntly, a slog. It’s the giant fight against Tokinada that I’d been expecting, but for the most part it’s content to not be “Bleach, only well written” like the first two books but “actual Bleach”, which means that everything moves at the pace of a lethargic snail who’s having trouble getting going in the morning. Tokinada shows off his zanpakuto, whose gimmick is that it can copy the attacks of other Zanpakutos, which also means that he is Monoma from My Hero Academia and thus we can hate him even more. Fortunately, around about the halfway point, several things happen that make the book better. We get some lore we actually care about, Hisagi shows up to remind us he’s the star of these books, and we get some truly interesting characterization from one of the minor big bads I mentioned last time, who finally finds a thing to care about. That said, Nanao is still useless. It is Bleach after all, I guess. 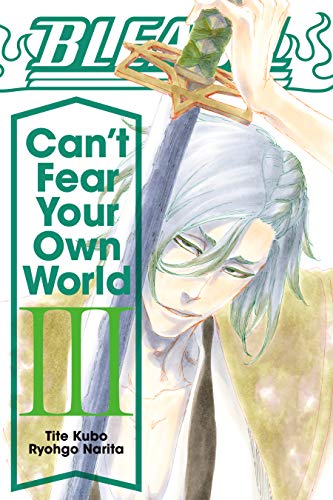 The fights pretty much divide up how you’d expect. The super overpowered kid takes on Zaraki, and Tokinada takes on literally everyone else. Tokinada reveals his motivations for being the biggest smug asshole in all of Bleach (and given this is a series whose villains are ALL smug assholes, that’s a high bar), and these motivations will be very unsurprising to anyone who has read Baccano!, also by this author, as Tokinada and Fermet really do have an awful lot in common. Meanwhile, Hisagi has a chat with our overpowered child before all this begins, and reasons that the way that they’ve been raised means that they’re unable to decide anything on their own or have a moral center. He thus decides to make it his goal to raise this child right. And it turns out that he’s got a solid ally on that one, too. Now if only they could somehow stop Tokinada. Perhaps… if Hisagi finally figured out his bankai?

Bleach tends to run on cool moments, with everything in between just filler while you wait for the next one, so it’s good to see that there are a few here, the best of which is Hisagi stopping Zaraki from fighting Hikone – stopping Zaraki from a fight he’s pumped up for is damn near suicidal, but his reasoning is excellent, and even Zaraki has to agree, to the astonishment of everyone else. Hisagi’s fight with Hikone, using his newly discovered bankai, is also pretty damn cool. And I was pleased to see less death in this book than I expected, though given this is a book that resurrected damn near everyone killed off in the last Bleach arc to show they aren’t really dead, I should not be all that surprised. I also liked the lore that was given to us (which should have been in the actual manga, as is mentioned in the afterword) about the past of the Soul Society and what terrible things keep it going.

That said, Christ, this book is too long. It’s not as long as the 2nd book, but it’s still 285 pages when 185 could have easily sufficed. It’s essential reading for Bleach fans, but everyone else can easily skip it.

By Ryohgo Narita and Tite Kubo. Released in Japan by Shueisha. Released in North America by Viz Media. Translated by Jan Mitsuko Cash.

There was a lot in the first volume of Can’t Fear Your Own World, Ryohgo Narita’s sequel to Bleach, which made me nostalgic for the good old days of the popular Bleach franchise. This second volume, on the other hand, kind of makes me nostalgic for the bad old days of the Bleach franchise. That’s not to say this book is not well written – it’s quite good at what it does. But there’s a very, very large chunk of the middle of the book that can be summed up as “some guys fight, and some more guys show up to interrupt the fight, then different guys fight while the first fighters watch, and then new people show up to interrupt THIS fight”, etc etc., until there are about 25 or so people all standing around watching a very small boy on top of a very large monster get excited. And, gotta admit, this is also the Bleach experience. Love it or hate it, Bleach would not be Bleach without epic fights that take forever with no real purpose. 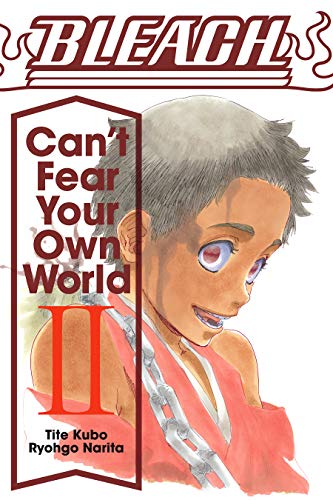 The book can essentially be divided into two parts. Back in Karakura Town, Hisagi is interviewing Urahara for his ongoing news report about the events of the last few months, and also sort of trying to get some information out of him. Sadly, they are interrupted by Aura, a Fullbringer who seems to be connected to the Big Bad of this volume, and whose powers are not really like the other Fullbringers we’ve seen before. (Did you know Orihime was a Fullbringer? No? Never heard it mentioned before this book.) She’s taking advantage of the main cast of Bleach being out of town (they are rescuing Karin and Yuzu from some unnamed issue) to do what Tokinada wants. Back in Soul Society, as I noted before, everyone wants to fight everyone else. This ends up dragging together Soul Society captains (Shinji, Kenpachi, Shunsui), Arrancar (Tia, Nel, Grimmjow), Quincy (I can’t remember any of them), and Fullbringers (Tsukishima, Ginjo, etc.), and they all team up to go try to stop the Big Bad, if only as he’s unlikely to let them fight each other.

As you can see, a lot of this book relies on you remembering what happened in the Thousand Year Blood War arc, which I am not. I cannot tell any of these goombaws who Mayuri has resurrected and essentially made into his gofers from another, and honestly even if I did, the text would not read much differently. In Baccano and Durarara!!, Narita just barely manages to make his huge cast memorable – sadly, here he’s working from Kubo’s prior failure at it. On the bright side, every page or two has an amusing fun bit that will make you smile and keep you reading. Hiyori shows up, and is exactly as you’d expect her to be – she’d kick the reader in the shins if she could. Urahara manages to be very in character, and uses the same stupid written in blood message AGAIN (as I said, very in character). And take a shot every time someone wishes Ichigo were there, except no, do not do that.

This book is HUGE, twice the size of the first one, and absolutely did not need to be that long. But, well, if you’re writing something true to the Bleach experience, go big or go home. I expect next volume will mostly consist of one giant fight over the course of 290 pages. I also expect Grimmjow will STILL not get to fight Ichigo.

By Ryohgo Narita and Tite Kubo. Released in Japan by Shueisha. Released in North America by Viz Media. Translated by Jan Cash.

There have been several Bleach novels released in Japan, but I believe this is the first one to be licensed for the West. Previous books either tended to be novelizations, tie-ins to games, or… well, no, I don’t know why they didn’t pick up We Do (Knot) Always Love You, except shipping reasons. This trilogy, though, is explicitly a direct sequel to the main manga, exploring aftermaths that Kubo couldn’t get to because they cancelled Bleach a bit earlier than expected. Moreover, it’s written by a known name to English-speaking readers: Ryohgo Narita, the creator of Baccano! and Durarara!!. Narita’s series are also known for their huge, hard to wrangle casts and slow-burn plots that end in explosions. Moreover, unlike Kubo, Narita actually knows how to pace. So it makes sense that this is the first novel we see of Bleach over here, and fortunately it’s a good choice, wrapping up several things while introducing a new villain to the piece. And boy howdy, Narita also knows how to write villains. This guy is smug scum who makes you long for Aizen. 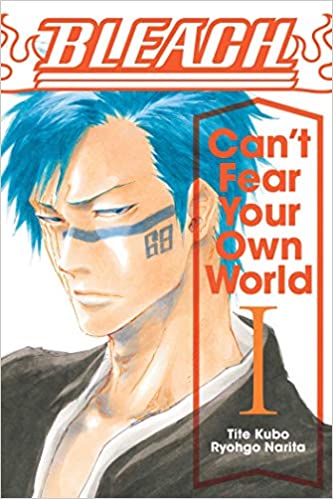 Aizen is in this book briefly, and he gets to be smug as well. That said, as the cover might suggest, the star of the book is Hisagi, who is in his capacity as roving reporter for the Soul Society’s newspaper. The newspaper, as you might imagine, was not being published during the last, oh, 30 volumes of Bleach, but it’s starting up again, and he’s trying to interview the participants in the Thousand Year War, figuring that it’s best to get opinions now while it’s fresh than years from now. Unfortunately, a new story inserts its way into the narrative: there’s a new head of one of the Four Great Noble Clans. He’s paying to have the newspaper talk all about him. Oh yes, he’s also a known murderer. Of his wife. Who was Tosen’s best friend. This is not a spoiler, he pretty much admits it. And he has a plan to install a new King in Soul Society. Fortunately, this plan MOSTLY does not involve Ichigo.

In the end, I’d say this book succeeds in that it made me interested in Bleach again. I’ll definitely be getting the second in the series. And there’s no romance at all in it, so even shippers can buy it without fear. Maybe Kubo should hire out a writer and just plot his next work. Then again, that did not work very well for Naruto’s creator…