When I reviewed the first volume in this series, I mentioned that it was by the same author of I’ve Been Killing Slimes for 300 Years, but was its polar opposite. After finishing the series, I’ve realized that may not be entirely true. The books are both written for male audiences, but very different kinds of audience. One emphasizes masculinity, the glory of battle and the constant conquest of women. The other barely has any men in it at all, is relaxed and laid-back, and very deliberately has its heroine trying not to work hard at anything. But they are both, in the end, stories about ridiculously powerful people, who we do not really see lose a fight over the course of their series, amassing a string of young women who adore them. They’re found family in the case of Azusa, and concubines/wives/lovers in the case of Alsrod, but really, all Azusa needs now is a massive fortress to defend. 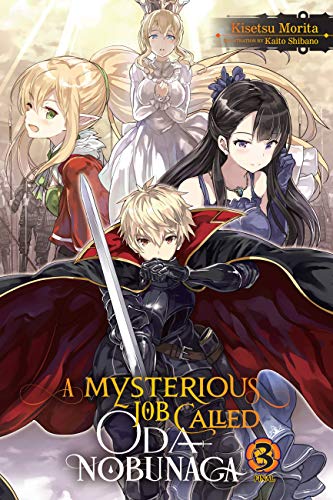 If you are here for surprising twists late in the narrative, I advise you to find some other series, as you could have predicted every single plot beat in this book before you picked it up. Alsrod puts down a rebellion against him – composed of his brother in law and his father in law – and rewards them as traitors deserve. He then pauses, as the king has decided that it’s now time for him to do the fighting, and spends time on his own demesne waiting for the inevitable failure of the royal army to do anything and their pathetic call for help. When this occurs, he is quick to fight, breezing along towards the enemy and having so few issues that his fellow soldiers remark on how easy this is. Inevitably, the king grows terrified of his power and brands him a traitor. But that’s OK, because he has a badass group of women he’s bedded, who are ready to fight wars, argue politics, and even become queen for him. (And then abdicate, because let’s face it, one can only go so far.)

I will mention to horny readers looking for sex that, while there are at least a dozen if not more scenes mentioning Alsrod getting it on with his many women, there are precisely zero that go into the act beyond “and then we did it. Afterwards, in bed, we discussed…” etc. This book is not here to arouse it is here to show you what an awesome, virile man Alsrod is. And oh yes, there’s also Oda Nobunaga. He still offers the occasional bit of advice, mostly on how to build a really good castle. But, as Nobunaga himself admits, he was murdered before he could get to the “conquer the kingdom” part, so Alsrod has gone further than him. Indeed, that might be the purpose of this book. Look, here’s our hero, and he did what Oda Nobunaga could not. And they all lived happily ever after.

The author admits that, while there might be more tales to tell, he’s not going to be doing it, so this is the last book. Which is a very good thing, as I think the book wears out its welcome exactly at this point. It is absolutely the perfect length for what it is. I recommend it to fans of Oda Nobunaga… well, OK, maybe for those who play the Nobunaga’s Ambition game.

I feel like this review should be very short. It should essentially be “everything I said last time, but EVEN MANLIER”. I’ve said this about a few light novels in the past, but the Job Called Oda Nobunaga series really does feel like it’s written for a very specific type of fan. They hang out on internet forums, wondering why the male leads in these books are all such weak-ass wimps. They read harem manga and ask themselves why he doesn’t just bang everyone. They want a hero who kicks ass, takes names, makes love… I have very good news for them. Aside from cutting away before actual sex scenes, this book is basically exactly what they’ve been yearning for all this time. Alsrod, over the course of the 6-7 years or so this book takes place in, ends up as Regent to the King that he’s basically helped install, while finding time for some more wives and lovers. 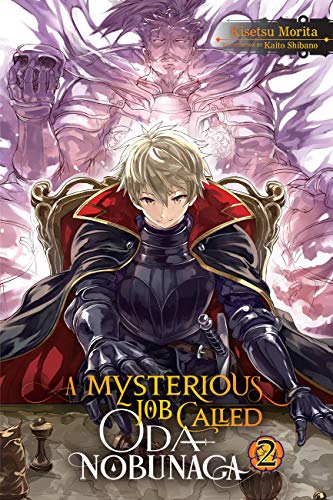 Last time I mentioned that Alsrod had finally met someone who also had a famous Japanese warrior as their profession, and wondered if they might actually force him to fail or do badly at something. I feel embarrassed for even mentioning it, because by Page 7 or so he’s already won her to his side and bedded her. Over the course of the book he also takes as a lover his werewolf spy, weds the King’s younger sister (who, thankfully, has to wait for the loving – apparently 15 is old enough but 13 is not), is enchanted by a dragonewt tea merchant who he also beds and proposes to (she says no), and towards the end we get a meek and self-deprecating young woman, the daughter of another of his vassals, who simply wants to be a good mother to strong children. Given all these women (remember, he still has his childhood friend, the strong-willed daughter of another Lord, and another concubine from a northern area), it’s a wonder he finds the time to keep conquering. However, no fear, there’s plenty of that as well.

Again, this falls into the “this sounds absolutely vile but is strangely readable” category. It helps that most of the women he ends up with are also in major positions of power – indeed, his childhood friend and the Akechi Mitsuhide general both don’t want to be an official wife because they want to fight at his side. Oda Nobunaga is there as well, of course, in the back of Alsrod’s head, but he is getting strangely less and less relevant, and as the book goes on his advice is getting heeded less and less. Possibly the most interesting part of this book is that we meet three more “occupations” along the same lines – Kunitomo Shuu, Sen no Rikyuu, and Takeda Shingen – and it seems that this land is essentially an afterlife for these famous folks. As for the battles… well, they’re OK. They’re sword fights. You know how it goes.

The end of the book has another rival appear, Takeda Shingen, but given Alsrod has already captured the girl with that “job” by the end of this book, I suspect she will simply be added to the pile of wives. That said, I’m not entirely certain this book will end with Alsrod triumphant. It continues to mirror somewhat events in Nobunaga’s life… which did not have him winning the day in the end. The third book is the final one – will it actually kill Alsrod off to teach readers a lesson about hubris? Or will he stand victorious with his many, many women at his wide? If this were a long-runner I’d be dropping it, but three volumes seems just about right.

Another in the many examples we’ve seen lately of “how can I get my webnovel to rise to the top of the rankings when it’s just a basic power fantasy?”, A Mysterious Job Called Oda Nobunaga is by the author of I’ve Been Killing Slimes for 300 Years but is almost its polar opposite. It oozes cocky masculinity from every page. Honestly, also like many light novels I’ve read lately, its gimmick is somewhat irrelevant. Oda Nobunaga is in our hero’s head, talking to him about this and that, but I think only gives him specific advice once or twice. The rest of the time, Alsrod is simply being a brilliant warlord, and Nobunaga is in his head going “ah, yes, this reminds me of the time in Japan when I did this! Well done!”. That feeling when one of the greatest Japanese warlords is a backseat driver. 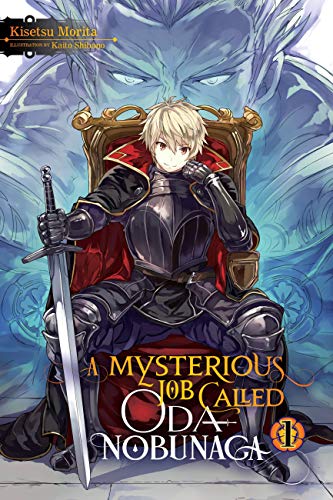 Alsrod, at the age of 18, is ready to get his job that will help to guide his career path. Some get fighter, some get thief. He gets… Oda Nobunaga, and no one has any idea what it means. Not good news. Less good news is that his brother the viscount is ordering him to go defend a castle that is on the verge of certain death… and he can’t refuse because he has to care for their younger sister, who is sickly. All he has is his new job and his childhood friend Laviala. Then he discovers that he has an aptitude for battle and warfare. He occasionally hears Game Stats in his head (very occasionally, thank God), and they help to make him and his allies more powerful. As the book goes on he removes his brother from power, attacks various neighboring provinces, and plans on how to move even further up in the kingdom.

I did mention this book was the opposite of Killing Slimes for 300 Years, and that applies to the pacing as well. This book zooms. By the halfway point Alsrod has killed his brother, become Viscount, is on his way to becoming Count, and taken his childhood friend as a lover and also a buxom and politically savvy wife. (Content warning, he also takes a third lover, who is said to be fifteen years old. This feels like one of those “it’s okay because it’s ancient times” author decisions that is not actually okay.) He carves through the neighboring areas with ease, never facing a single setback in the entire book. There is one brief hint that the second book might have actual conflict – another character has a job that is also a Sengoku Period job, and it’s the retainer who killed Nobunaga, so you sense there will be betrayal. But that’s not in this book. This book is “watch Alsrod be awesome and manly.”

If you like a plain old male power fantasy in every possible way, this is actually an excellent book for you to pick up. It has all of that. If you want conflict, or depth, or even Oda Nobunaga actually doing something, you might want to find another series.