SEAN: Manga is here for you whether it’s far too warm for January or far too cold.

ASH: Far too warm and rainy here, at the moment. 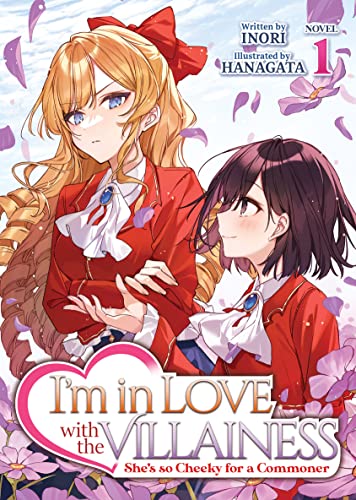 SEAN: No print releases for Airship, but we do get an early digital debut, and it’s a spinoff! I’m in Love with the Villainess: She’s so Cheeky for a Commoner (Watashi no Oshi wa Akuyaku Reijō: Heimin no Kuse ni Namaikina!) retells the events of the main novel series from Claire’s point of view. I can’t wait to dig back into this world.

ASH: Oh! Very nice. (This also serves a reminder that I need to finish reading the main series.)

MICHELLE: So do I. I did enjoy the volume I read.

SEAN: Another debut for Denpa Books. Under Ninja is a Young Magazine title from the creator of I Am A Hero. Our hero is a ninja!… but he’s also a NEET. What happens when he finally gets a mission?

ASH: I’ve been very curious about this one.

SEAN: There is also the 6th and final volume of Pleasure and Corruption.

Ghost Ship gives us The Witches of Adamas 4.

J-Novel Club has some new volumes. We see Campfire Cooking in Another World with My Absurd Skill: Sui’s Great Adventure 2, Chillin’ in Another World with Level 2 Super Cheat Powers 8, Hell Mode 5, My Friend’s Little Sister Has It In for Me! 9, Perry Rhodan NEO 11, Rebuild World’s 2nd manga volume, Seventh 2, and The Unwanted Undead Adventurer 10.

ASH: Dang! That’ll be quite the volume!

SEAN: Speaking of omnibuses, they also have the first manga omnibus of No. 6. This contains the first three volumes, which first came out almost 10 years ago.

ASH: I’m glad to see this series staying in print. (Also, has it really been a decade??) 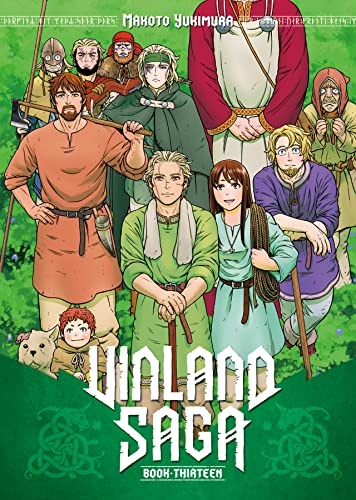 SEAN: The digital debut is Gang King, a 37-volume monster that started in Shonen Gahosha’s Young King then jumped companies, and has been in Magazine Special, Bessatsu Shonen Magazine, and finally Evening. It’s a delinquent manga, and it’s quite well known.

MICHELLE: I’ve been reading The Shadows of Who We Once Were these past few days, and am glad I won’t have to wait too long to see who survives to the end!

SEAN: One Peace Books has the 11th volume of The New Gate.

Two debuts from Seven Seas. The Knight Blooms Behind Castle Walls (Kishitan wa Jouheki no Naka ni Hanahiraku) is a Comic Gardo title about a girl who dreams of being a knight, which means she’ll need to start out as a squire.

ASH: I like the premise and so am duly intrigued.

ANNA: Oh, I’m curious about this too.

SEAN: Malevolent Spirits: Mononogatari runs in Ultra Jump, and features a man who loathes spirits and wants to send them back to the otherworld. Unfortunately, he’s sent to live with a girl who shares an apartment with a bunch of spirits! 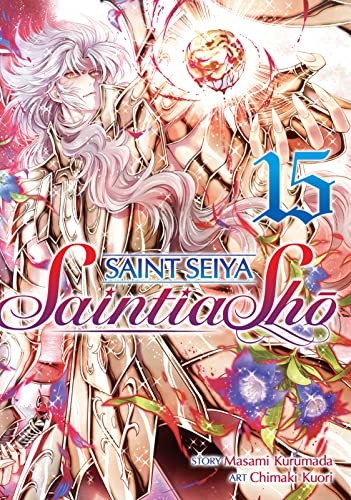 Also from Seven Seas: Chillin’ in Another World with Level 2 Super Cheat Powers 5, Dungeon Toilet 3 (the final volume), Drugstore in Another World: The Slow Life of a Cheat Pharmacist 6, Hunting in Another World With My Elf Wife 2, Machimaho: I Messed Up and Made the Wrong Person Into a Magical Girl! 11, Saint Seiya: Saintia Shō 15, and You Like Me, Not My Daughter?! 2.

Square Enix Manga has the 2nd volume of My Happy Marriage.

SuBLime has Caste Heaven 8 (the final volume) and Given 7.

ASH: I’m behind on Given, but have enjoyed what I’ve read so far.

MICHELLE: Same. I really need to get caught up on it.

ANNA: Unsurprisingly, me too.

SEAN: Viz has a debut from Ura Sunday. Helck is a manga about the competition to become the next demon lord… which is being entered by a human!?

That’s it! Man, it’s lonely at the end of the list now. No worries, Yen Press will be back with a vengeance the week after next.