ASH: Same! And throwing Queen’s Quality into the mix, since I’ve been enjoying (but still falling behind with) that one, too.

ANNA: Lots of things I need to get caught up on, maybe that will be my New Year’s resolution. 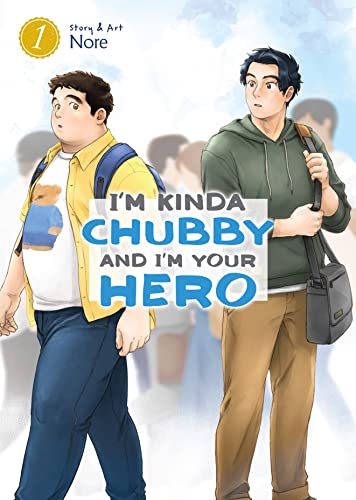 SEAN: Seven Seas debuts three titles. I’m Kinda Chubby and I’m Your Hero (Saenai Boku wa Kimi no Hero) is a BL title from Comic Qurie. An aspiring young actor worries that his weight is getting in the way of his career… but finds he has a fanboy in a young baker!

MICHELLE: This looks fun. I hope it is.

ASH: Me, too; looking forward to giving it a try!

SEAN: Seven Seas continues to put out cat manga. We see the debut of My Sister, The Cat (Imouto wa Neko), a MAGXiv title about a young man whose mother passed away, so another family adopts him… except they’re human-sized cats.

ASH: There does seem to be a renaissance of cat manga.

SEAN: And a third debut, with no cats. No Longer Allowed In Another World (Isekai Shikkaku) runs in Shogakukan’s Yawaraka Spirits, and asks the important question “what if the protagonist of the No Longer Human novel wound up in an isekai with cute girls and awesome powers?”. The answer: he’s not happy.

ASH: Wait, what? That is a question I never thought to ask!

SEAN: Also from Seven Seas: Dragon Goes House-Hunting 8, How NOT to Summon a Demon Lord 15, Lazy Dungeon Master 2, My Senpai is Annoying 9, Night of the Living Cat 2, PULSE 2, Succubus and Hitman 3, and The Titan’s Bride 2.

SEAN: Kodansha’s release calendar is back, hooray! In print we see the debut of Am I Actually the Strongest?, whose ebook came out in 2020. There’s also The Iceblade Sorcerer Shall Rule the World 3.

Digitally there may be a last minute announcement, but it ain’t here yet, so we get Kounodori: Dr. Stork 31, The God-Tier Guardian and the Love of Six Princesses 3, Matcha Made in Heaven 3, Raised by the Demon Kings! 4, Shangri-La Frontier 9, and The Shape-Shifting Witch’s Kiss 2.

ASH: Matcha Made in Heaven is still a delightful title.

ANNA: I read the first volume and really liked it, as usual I am behind. 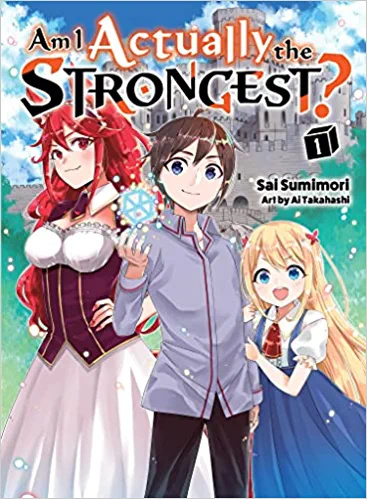 SEAN: And Kodansha Books reminds us they exist with the debut of Am I Actually the Strongest? (Jitsu wa Ore, Saikyou deshita?), not to be confused with the print debut of the manga also coming out next week. Thought to be weak but actually strong, abusive parents, etc. Kodansha knows what’s popular these days.

Two debuts for J-Novel Club, and they’re both manga. Lady Rose Just Wants to Be a Commoner! (Lady Rose wa Heimin ni Naritai) is from Kadokawa’s Flos Comic, and features our heroine reincarnated as the villainess of an otome game… AFTER the bad end. Oops.

SEAN: The Coppersmith’s Bride (Cuprum no Hanayome) runs in Harta (yay!) and features a college student who is happy to be dating a guy who’s nuts about smithing. But when he proposes to her, she has a bit of a freak out.

ASH: But will there be forging fun facts?

SEAN: Also from J-Novel Club: DUNGEON DIVE: Aim for the Deepest Level 2, Marginal Operation 16 (the final volume), Slayers 17, Tearmoon Empire 9, and To Another World… with Land Mines! 5. Slayers 17 isn’t the “final” volume per se, but it’s the last one published to date.

SEAN: Ghost Ship has Parallel Paradise 12 and Who Wants to Marry a Billionaire? 4.

Digital Manga Publishing, who I tend to forget exists, has a debut with Pure Love’s Sexy Time (Ero Ki), a BL series that was part of the DMG digital group. I’ve haerd this is for BL fans who like dumbasses.

ASH: I’ll admit to being conflicted, but I do like a fair number of the publisher’s books. 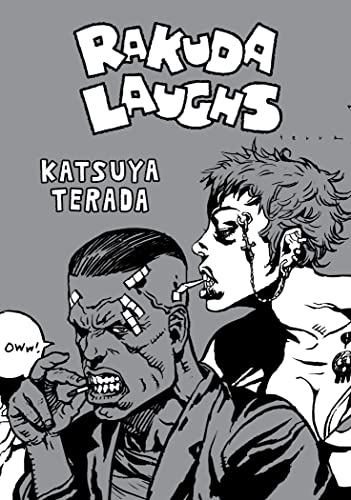 ASH: I’ve been waiting for this one; Katsuya Terada has had very few works released in English.

SEAN: Dark Horse gives us an 11th omnibus of GANTZ.

Airship has the print debut of The World’s Fastest Level Up, and also print volumes for Irina: The Vampire Cosmonaut 3 and The Weakest Tamer Began a Journey to Pick Up Trash 2.

In early digital, we get Raven of the Inner Palace (Koukyuu no Karasu), which just had an anime recently. A mysterious concubine, who may be old, may be young, but definitely uses magic, is called before the Emperor.

ASH: This one seems promising to me.

ANNA: No thank you.