SEAN: Thanksgiving is over, you can’t move, come read some manga instead.

ASH: That’s a good response to many a different situation. 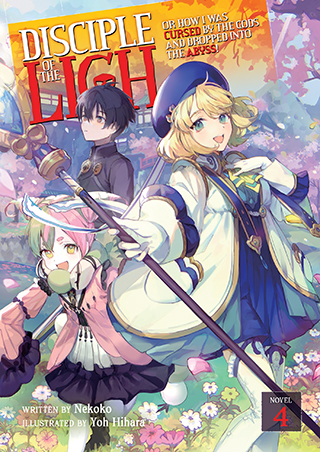 SEAN: Airship has a couple of ongoing print series. Disciple of the Lich: Or How I Was Cursed by the Gods and Dropped Into the Abyss! 4 and Irina: The Vampire Cosmonaut 2.

And in early digital we see A Tale of the Secret Saint 4 and The World’s Fastest Level Up 2.

A double dose of Cross Infinite World gives us Apocalypse Bringer Mynoghra: World Conquest Starts with the Civilization of Ruin 4 and So You Want to Live the Slow Life? A Guide to Life in the Beastly Wilds 2.

Ghost Ship has Creature Girls: A Hands-On Field Journal in Another World 6 and Peter Grill and the Philosopher’s Time 9.

J-Novel Club has some debuts. The Mythical Hero’s Otherworld Chronicles (Shinwa Densetsu no Eiyū Isekai Tan) is a long series from Overlap, 13 volumes. A legendary hero wants nothing more than to be reincarnated into the peaceful life that he fought so hard to earn. Sadly, he’s reincarnated a thousand years later, and the peace is almost shattered! Can he get his warrior mojo back?

On a sillier note, Reincarnated as an Apple: This Forbidden Fruit Is Forever Unblemished! (Ringo Tensei: Kindan no Kajitsu wa Kyō mo Korokoro to Musō Suru) features a guy who dies when he’s hit by a truck full of apples. But he gets to reincarnate with 4 great OP cheats! … and one curse. You can guess the curse.

ASH: Different enough that it caught my attention, too. 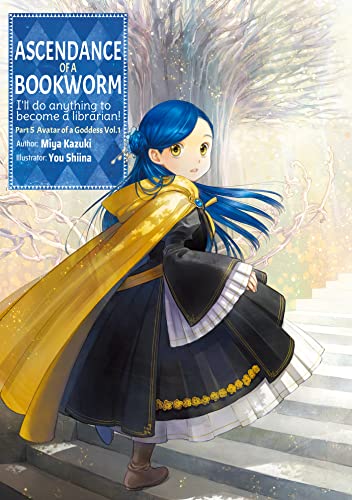 ASH: I’m a bit behind in my reading of Ascendance of a Bookworn, but I’ve enjoyed what I’ve read so far.

SEAN: Kaiten Books has The Yakuza’s Guide to Babysitting 4 in print.

Kodansha’s site, per their Anime NYC panel, may be broken for some time, so we continue to try to guess.

SEAN: In print, the first debut is In the Clear Moonlit Dusk (Uruwashi no Yoi no Tsuki), a shoujo title from Dessert. The plot reminds me a LOT of I Hate You More Than Anyone!, and so therefore I am intrigued.

MICHELLE: Me, too! I meant to read this when it came out digitally, so now is a good time to jump on board.

ASH: Oh! I am likewise intrigued.

SEAN: We also see the debut of NOiSE, the prequel to BLAME!, which means we’re back in Tsutomu Nihei territory. This is a Tokyopop license rescue, and is complete in one volume.

MICHELLE: I own the TOKYOPOP version, but I do love BLAME!.

SEAN: This is a big one: Parasyte Full Color Collection. The original “what the actual F?” manga is back, and in full color. Each volume is 300 pages, and it’s a hardcover.

ASH: I adore Parasyte, but I’ll admit I wasn’t overly impressed by the samples of the color work I saw. Hardcover appeals, though. 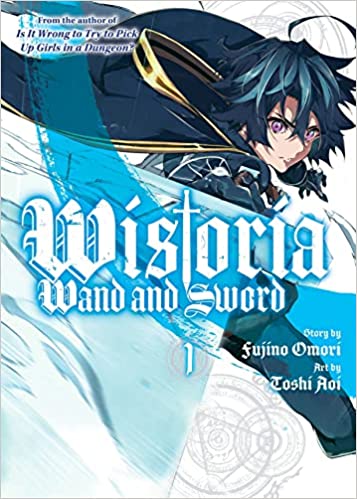 SEAN: Wistoria: Wand and Sword (Tsue to Tsurugi no Wistoria) is from Bessatsu Shonen Magazine, and its writer is better known for Is It Wrong to Try to Pick Up Girls in a Dungeon?. A guy enters a magical academy… but can’t use magic! It’s OK. He has a sword.

We’re also starting an omnibus edition of Fire Force, with the first 3 volumes.

Also in print: UQ Holder! 27 is already out, as I missed it. Witch Hat Atelier 10 is already out, as I missed it. And there’s Attack on Titan: Colossal Edition 7, Blue Period 11, Drifting Dragons 11, I Was Reincarnated as the 7th Prince so I Can Take My Time Perfecting My Magical Ability 2, Peach Boy Riverside 9, Phantom of the Idol 3, Rent-a-Girlfriend 15, and The Seven Deadly Sins Omnibus 6.

ASH: Just picked up my copy of Witch Hat Atelier 10!

SEAN: We don’t have to guess the digital debut, as they told us at the panel. The Food Diary of Miss Maid (Maid-san wa Taberu Dake) is a Comic Days series about a Japanese maid in an English manor who is now back in Japan… but it’s really a foodie sort of title.

MICHELLE: Indeed! After being burned so many times by unfinished series, I always feel some satisfaction when we actually get the final volume of something, even if I’m bummed it’s over. (Seven Seas, please rescue Silver Diamond!) 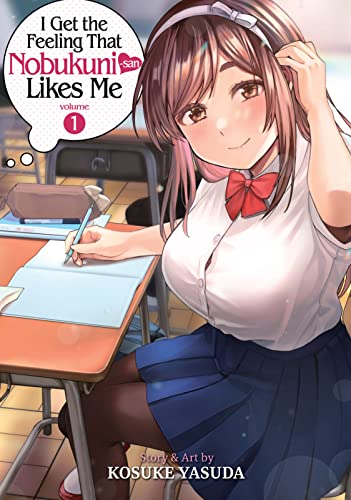 SEAN: Seven Seas debuts I Get the Feeling That Nobukuni-san Likes Me (Tonari no Nobukuni-san wa Ore no Koto ga Suki na Ki ga Suru), a seinen title from Young Animal, about a high school girl who’s fallen in love but has no idea what to do next. Can a mascot character help her?

Also from Seven Seas: Classmates 6 (which has the “Blanc” stories) and Skip and Loafer 6.

MICHELLE: I really do want to read these!

Tokyopop debuts Love Circus, a single volume BL title from Canna. A man who has tried to help a sex worker, and only ended up in debt, tries to kill himself… and wakes up at a sex establishment that caters to gay men.

Tokyopop also has the 2nd manga of Formerly, the Fallen Daughter of the Duke.

And that’s it! Yep, 5th week of the month, so no Viz, no Yen. What’s your turkey coma manga?