SEAN: Is it Halloween yet? Oh my God, it’s already past! You fools! You absolute fools!

ASH: The time! How it flies!

SEAN: We start with Airship’s print releases, as they’ve got Modern Villainess: It’s Not Easy Building a Corporate Empire Before the Crash 2, Reborn as a Space Mercenary: I Woke Up Piloting the Strongest Starship! 5, and Though I Am an Inept Villainess: Tale of the Butterfly-Rat Body Swap in the Maiden Court 2.

And we get an early digital release for Failure Frame: I Became the Strongest and Annihilated Everything With Low-Level Spells 6. 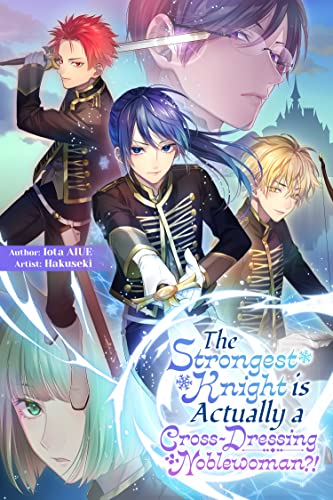 Cross Infinite World has a new light novel, The Strongest Knight is Actually a Cross-Dressing Noblewoman?! (Hyōgetsu no Kishi wa Dansō Reijō: Naze ka Dekiai Sarete Imasu). A young woman has to disguise herself as a man in order to become a knight… and possibly lead the way to an order of female knights!

ASH: Okay, that could be good.

SEAN: Dark Horse has the 41st volume of Berserk, the last one drawn by Kentaro Miura before his tragic death.

ASH: This series is a touchstone for me; Miura is missed by so many.

SEAN: Ghost Ship debuts Ayakashi Triangle, the series that broke the online manga apps. From the creator of To-Love-Ru, it is a “gender-bending romance”, but let’s face it, you know this author, it’s T&A and more T&A.

Also from Ghost Ship: I’m Not Meat 2, It’s Just Not My Night! – Tale of a Fallen Vampire Queen 2, and Yuuna and the Haunted Hot Springs 21.

Some print from J-Novel Club. We get Ascendance of a Bookworm 15 and An Archdemon’s Dilemma: How to Love Your Elf Bride 13.

SEAN: Digitally we see the debut of the Rebuild World manga. J-Novel Club already put out the light novel version. This runs in Dengeki Maoh.

And we also get Doll-Kara 3, Full Clearing Another World under a Goddess with Zero Believers 5, Invaders of the Rokujouma!? 40, and Now I’m a Demon Lord! Happily Ever After with Monster Girls in My Dungeon 2. 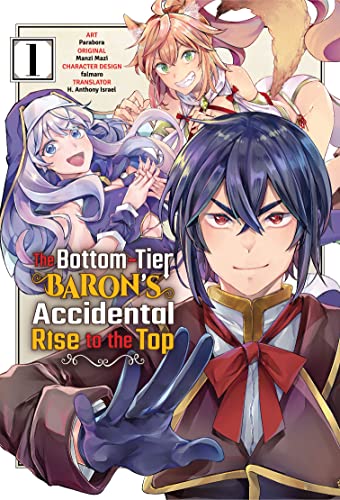 Kaiten Books has a new digital release: The Bottom-Tier Baron’s Accidental Rise to the Top (Teihen Ryoushu no Kanchigai Eiyuutan). This Comic Gardo series honestly sounds like The Genius Prince’s Guide to Raising a Nation Out of Debt on hard mode.

Kodansha is offering the Complete Edition of No Longer Human that Usamaru Furuya did a while back. Definitely more for Furuya fans than Osamu Dazai fans, I’d say.

ASH: That’s a fair assessment. I’m really glad to see this coming back into print, though.

SEAN: And we also get a complete edition of The Ghost in the Shell. Minus that one page, y’know.

Also in print: Attack on Titan The Final Season Part 2 Box Set, which comes with a new ending that isn’t godawful (OK, I lie, it doesn’t), Don’t Toy with Me, Miss Nagatoro 13, A Galaxy Next Door 3, The Iceblade Sorcerer Shall Rule the World 2, and Orient 10.

I don’t know what’s coming out digitally due to the way Kodansha updates its site after its end-of-month announcements. Sorry!

Another pile of Seven Seas debuts. Ex-Yakuza and Stray Kitten (Hiroware Koneko to Moto Yakuza) is from Mag Garden’s MAGxiv, and means we get another week in a row of adorable cat manga.

ASH: So many ex-yakuza and cat manga these days! It was only a matter of time before we’d get this particular combo.

ASH: I do like that Seven Seas continues to release biographical manga.

SEAN: Let’s Buy the Land and Cultivate It in a Different World (Isekai de Tochi wo Katte Noujou wo Tsukurou) runs in Gentosha’s Comic Boost. Do you like Farming Life in Another World and wish there was a version with more mermaids? This is it.

Also from Seven Seas: The 4th and final volume of The Scum Villain’s Self-Saving System: Ren Zha Fanpai Zijiu Xitong, which has short stories set around the main action and after it. This also has a special edition and a Barnes and Noble special edition.

SEAN: And there is The Demon Girl Next Door 6 and The Savior’s Book Café Story in Another World 4. 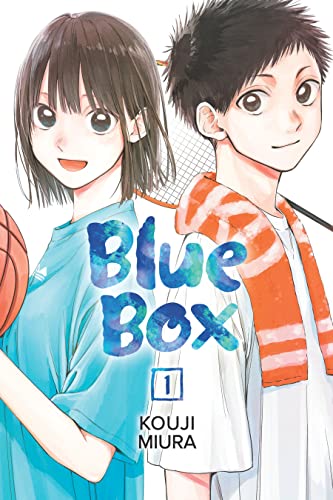 Viz Media debuts a new Shonen Jump manga, Blue Box (Ao no Hako). A guy on the boy’s badminton team falls for a girl on the girl’s basketball team. Can their love survive being a non-BL-tinged sports manga in Shonen Jump? Seriously, though, I’ve heard this is excellent.

MICHELLE: I am here for it.

ANNA: One of my kids really likes this.

MELINDA: I may miss the BL fanservice, but girl’s basketball more than makes up for it.

MICHELLE: Insert Skip Beat! squee here. I also look forward to getting caught up on Natsume.

ASH: Thermae Romae provided me with such delight when it was first released; so glad to see it available again.

SEAN: Since you didn’t get any candy, what manga are you getting?